In the brutal, unremitting heat of a Wednesday afternoon, a scene to make you flinch for those putting their backs into creating the glittering facade that Qatar will show off when its World Cup kicks off, one year on Sunday.

A half-dozen immigrant workers are on their knees under the sun, hammering away at the task of installing stone pavements around the Lusail Stadium, the as yet unfinished venue where the World Cup final will be held.

We discuss their pay — £12 a day — and their daily lives. Two hours from now, they will board one of the filthy Tata buses which are already chugging through this place, for a one-hour unpaid journey back north to their camp.

The Lusail Stadium, which will host the 2022 World Cup final, is currently as yet unfinished

They detail the race to get all this work done. ‘So many pavements!’ says one of the men, Shikhar, gesturing to the bags of Al Tameer Cement and stone stacked up all around this building site. Most of Doha is currently dug up.

There is one universal anxiety — their enforced leave from this place for five months, from next August, as the Gulf state presents its best face to the world. ‘The lieu,’ as these men all call it. They have been led to believe it will be unpaid. But they are generally philosophical and uncomplaining.

The fact they are exposed to the burning heat — scarves and rags wrapped around their faces and just one ‘rest area’ the size of a small bus stop — does not even enter the conversation.

It is a scene which speaks to the most inexplicable part of Qatar’s controversial World Cup: how a supposedly modern Gulf state which has spent billions on a 28-day competition intended to burnish its global reputation does not appreciate how terrible the treatment of these workers makes it look.

The workers’ exposure to the sun very much does matter. Amnesty International’s damning Reality Check report published on Tuesday on the state of migrant workers finds that ‘heat stress’ has posed ‘a huge risk to workers’ and caused an unquantifiable number of deaths.

It details the cases of six relatively young migrants whose deaths here remain unexplained. Suman Miah was a 34-year-old construction worker who collapsed and died last year after a long shift in temperatures that reached 100°F (38°C). Tul Bahadur Gharti, also 34, died in his sleep around the same time, after working outdoors for about 10 hours in heat of up to 102°F (39°C). 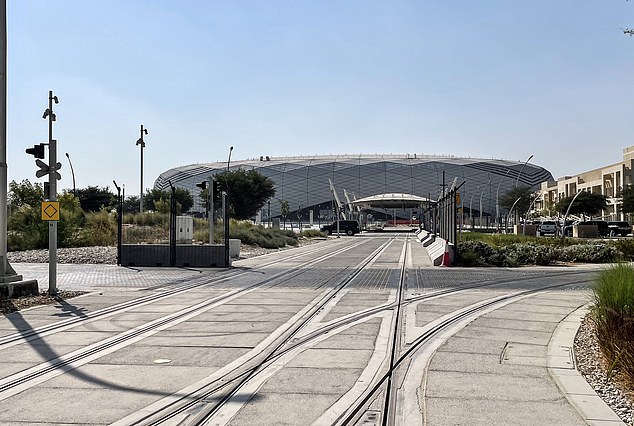 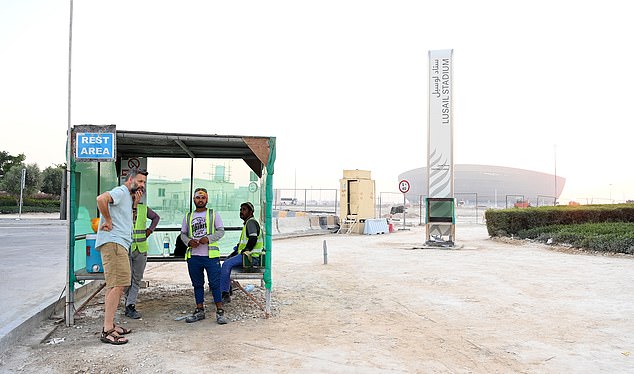 Sujan Miah, a 32-year-old found dead in bed by workmates, was a pipe fitter on a project in the desert working in temperatures exceeding 104°F (40°C).

Amnesty’s report describes how it is extremely difficult to get to the bottom of these cases, or to understand the contribution of heat, because vague death certificates explain them as ‘natural causes’ or ‘cardiac arrest’.

These descriptions are ‘almost meaningless in certifying deaths — and thus no connection to their working conditions is made’, the Amnesty report states. ‘As a result, bereaved families are denied the opportunity to know what happened to their loved ones. It also prevents these families from receiving compensation from employers or Qatari authorities.’

Dr David Bailey, a leading pathologist and member of the World Health Organisation working group on death certification, told Amnesty: ‘Essentially, everyone dies of respiratory or cardiac failure in the end and the phrases are meaningless without an explanation why.’

Though Amnesty’s work does not cover it, this sense of evasion also applies to the death of British worker Zac Cox at the Khalifa International Stadium in January 2017. The authorities announced in 2019 that a wide-ranging inquiry led by British former high court judge Sir Robert Akenhead would be held into Cox’s death. Nothing has been heard of the case since. 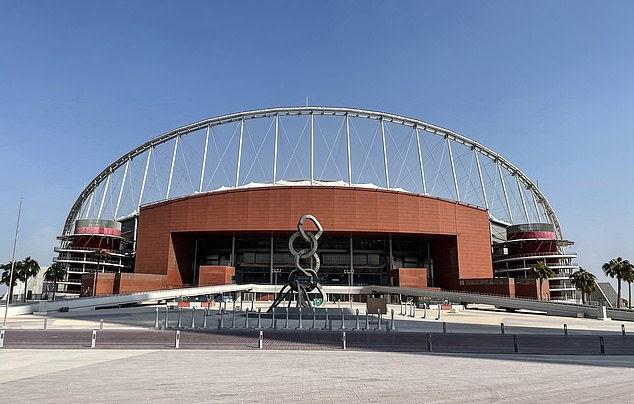 A British worker, Zac Cox, died at the Khalifa Stadium (pictured) back in January 2017

The Amnesty report also finds that much-vaunted Qatari legislation supposedly bringing an end to the kafala system — which restricted migrant workers from leaving the country or changing jobs without their employer’s permission — is simply not working.

A backlash by conservative employers in Qatar against attempts to give workers such a fundamental right means old abuses are resurfacing.

Workers have to present a ‘no objection’ certificate from their previous employer before they leave. Unscrupulous employers are raking in cash from the sale of these forms. Firms will accuse workers of absconding if they try to change jobs, which puts them at risk of being thrown out of the country altogether.

On the ground, many whom Sportsmail speak to describe the impossibility of escaping derisory salaries for something fractionally better. ‘I’m an electrician and have skills but they won’t let me apply somewhere to use them,’ says Hamad, who is working as a general labourer to help lay a vast car park in front of the stadium.

It has been like this here for generations of immigrants, ever since an Asian workforce arrived for the construction boom which followed the development of the nation’s oilfields in the 1980s.

Then, as now, the tiny indigenous Qatar population could not build the infrastructure needed without those migrants. Yet the ratio of immigrants to Qataris has not encouraged an enlightened outlook. The population is about 2.7million, of which 90 per cent are foreigners. 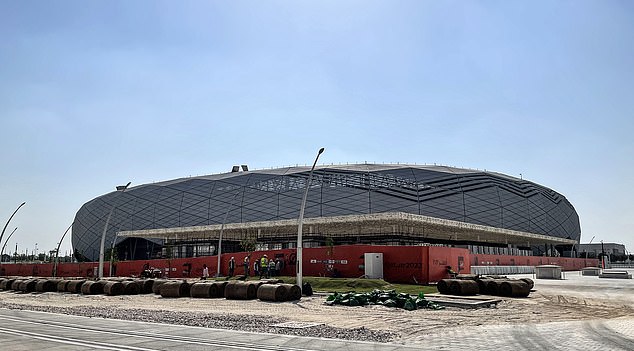 ‘Qataris are not simply a minority, they are a small minority,’ writes Michael Quentin Morton in his history of Qatar, Masters of the Pearl. ‘This has inevitably led to tensions among the kernel of citizens who feel vulnerable and resentful.’

There have been attempts to move the place out of something currently resembling Dickensian Britain, with two significant recent government appointments. Minister of Labour Dr Ali al-Marri and Minister of Social Development and Family Maryam al-Misnad are both progressives.

There is also a push for more Qataris to work in the private sector. Most work in comfortable government jobs and do not have any input in the way construction projects actually run.

But progress is painfully slow. The treatment of some workers is sub-human and an embarrassment to those, such as David Beckham, who have signed up to lucrative positions as ambassadors for the place.

‘Qatar deserves better’, is emblazoned on the boards which screen the property, retail and pavement developments which Doha is being dug up for. That motto only seems to apply to the wealthy Qataris.

Shikhar describes a twilight existence sharing a room with three others workers, who rotate in and out of the place in shifts. He works 5pm to 4am as a fork-lift truck driver and earns £12 a day.

‘It’s not what I thought it would be here but the night work is precious,’ he says. ‘I work when it’s cooler. I’m not out in that heat.’

A statement from the Qatari government said that it ‘rejects Amnesty’s assertion that labour reforms have not translated into changes on the ground for hundreds of thousands of migrant workers.’

It added: ‘Qatar has strengthened its enforcement measures to safeguard workers and prosecute employers who fail to comply with the law.

‘Qatar has never shied away from acknowledging that its labour system is still a work in progress. The government is committed to engaging collaboratively and constructively with international partners and critics to further improve standards for all migrant workers in Qatar.’