An Idaho woman put on a dietary supplement by her husband who was a doctor weighed just 70 pounds and lost her hair and fingernails before she died a ‘tremendously painful’ death at a hospital in New York City.

Jeffrey Harris, 57, is now on trial for her death, with prosecutors alleging he interfered with the amounts and types of medicine she was taking.

On Friday, he pleaded not guilty to second-degree manslaughter.

Dr. Jeffrey Harris, 57, has been charged with second-degree manslaughter for allegedly killing his wife, Tammy Harris, 55, pictured, three years ago

Selenium is typically safe in small doses, but it can cause health issues including hair loss, kidney failure and ‘in rare cases, death,’ according to the National Institutes of Health.

The couple had come from Moscow, Idaho, to New York City for Tammy to receive treatment for what her doctors believed was lupus, when she suddenly collapsed at the hotel where she was staying.

The pair had come to the city in 2018 in search of a holistic doctor when Tammy collapsed at the luxury Lotte New York Palace hotel. She died six days later.

During an autopsy, the city medical examiner found eight times the average amount of Selenium in Tammy Harris’s system. 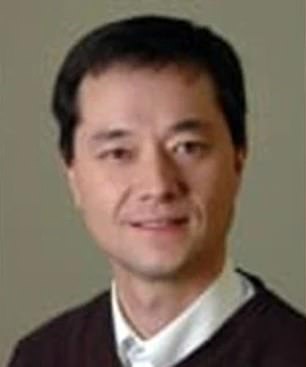 Harris’s starved condition was ‘not something you typically see in wealthier nations,’ Assistant District Attorney Victoria Meyer said on Friday.

Her slow demise began in 2017 when her husband and physician started giving his wife a host of ‘alternative’ medicine, which ‘worsened her health problems’, Meyer explained in court.

The husband is alleged to have given her the medication against the advice of other doctors and hospital staff.

Dr. Harris refused to listen and began dosing her with Selenium supplements.

‘He insisted that her true affliction was mercury poisoning due to having worked at a dental office several years prior,’ Meyer said.

Prosecutors allege her husband ‘sneaked in alternative medication’ and ‘cheated doctors’ by pretending that she was taking what she had been prescribed.

Eventually, doctors caught wind of what was happening, telling Harris to ‘be a husband’ rather than her doctor. 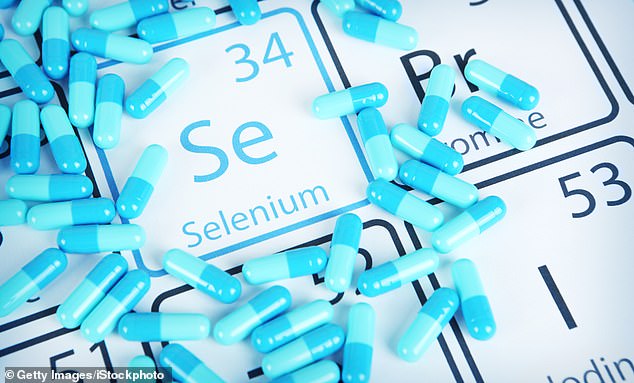 While Selenium is considered safe in small doses and can be used as a dietary supplement, it can cause a variety of health issues from hair loss to kidney failure to ‘in rare cases death’

Yet Harris is alleged to have ignored the suggestions and used his own medical license in order to continue to write prescriptions for medication she did not require.

The judge asked why second-degree manslaughter charges were brought rather than murder.

Meyer explained that Harris’s sincere belief that his wife suffered mercury poisoning as a result of her job spared him the more serious murder charge.

Tammy Harris’ son said he is convinced that Jeffrey Harris loved his mother despite her death.

‘I have no doubt that Jeff loved my mom incredibly,’ said Joshua Hubbard, 38, to the Daily News. ‘He loved her deeply, almost to a fault. I do not believe that he intended to hurt her in any way.

‘Nothing is going to get my mother back. I have a lot of compassion for Jeff and I don’t know that I hold any anger against him. I would just like to see some closure on this so we don’t have to keep bringing it up and hashing it out,’ he continued.

‘He was a physician. He thought he could cure my mother, and what he was doing was wrong. It was a very confusing time … Incredibly weird.’