EXPRESS INFORMER > Business & Finances > I parked in more than one marked bay: Can Premier Park still fine me £100?

Earlier this year, I parked my car in a local shopping centre which offers free parking.

But I was issued with a Penalty Charge Notice by the operator, Premier Park, for £100. The reason given was that I had occupied more than one marked bay.

That is true – but I didn’t have any other option. I had parked my car between two others already parked, and to enable everyone to get in and out of their vehicles I parked equidistant between them, which put me over the marked line.

Parking palaver: Our reader has been trying to appeal his £100 PCN from Premier Park as he feels it is unfair, but has so far been unsuccessful (stock image)

If I hadn’t, I would have not only blocked in the other drivers but risked damage to my own car and theirs.

I was just being sensible and don’t know why I should be punished for others’ bad parking.

I appealed to the independent appeals service Popla, but it rejected my appeal saying that I broke the car park’s rules. Is there anything else I can do? I.W, Nottinghamshire

Helen Crane of This is Money replies: These private parking firms regularly drive motorists up the wall and we at This is Money hear plenty of horror stories.

From payment machines that don’t work to opaque ‘rules’ about where, when and for how long you can park, it is easy for drivers to get caught out and have a dreaded PCN land on their doorstep – despite thinking they had done the right thing.

Change seemed to be on the horizon this year as the Government drew up new official guidelines on the private parking code of practice.

These aimed to cut private parking charges in half from £100 to £50 and provide drivers with more powers to dispute unfair tickets.

However, the guidelines were temporarily withdrawn by minsters in June and are now pending review, after parking firms launched a legal action to challenge the proposal.

This is Money’s deputy editor Lee Boyce recently wrote about his run-in with a private parking firm, which sent him a £100 fine despite him having paid for a ticket.

He managed to get the charge overturned, but not before some frustrating administrative back-and-forth.

His tips are to always appeal a fine if you weren’t in the wrong, never tell the company who was driving, and to put your case together as well as you can.

Lee also urged drivers who had appeals rejected to persevere, as parking companies’ tactics seem to be to turn down a first appeal, however reasonable or right you are.

You approached me after Popla rejected your appeal, not knowing which way to turn next.

I agreed that the charge seemed unfair in this case – after all, you were just trying to park safely and without obstructing other drivers, although it does also breach the terms and conditions spelled out on signs.

I contacted Premier Park to drive home your point. After a couple of weeks, you told me it did a u-turn and offered an £80 reduction in the charge, meaning £20.

Private parking firms are notoriously inflexible as I am sure many motorists will attest, so I am chalking that up as a win. Premier Park did not respond to my request for a comment.

You do still have the option to take the company to court and challenge it for the outstanding sum.

But the hassle of motoring on with the claim – which has already taken up a lot of your time – would likely outweigh the £20 gain and I suspect they know this.

This compromise, I think, spells the end of the road. You broke the rules, unintentionally, and it serves a parking reminder to other motorists – don’t do the same just because others have. 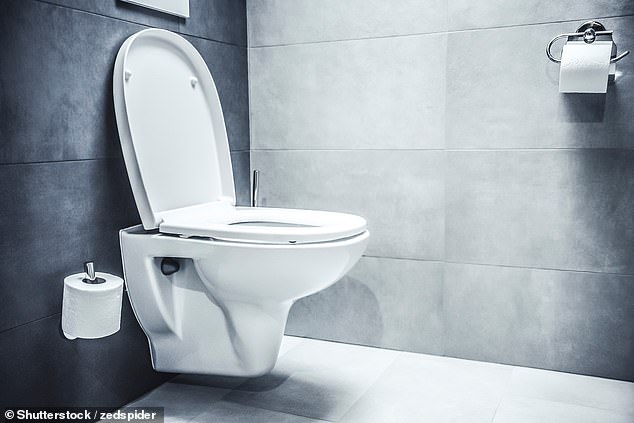 Hit: Reader Kate told me she was left feeling flush after scoring a free replacement toilet seat from Royal Bathrooms.

She bought a vanity suite from them earlier in the year, including a soft close toilet seat which recently stopped working as intended, leading to some bathroom mishaps.

When she contacted Royal Bathrooms, she expected she would just be told to buy a new one.

But they asked her to send a video of the toilet seat in action, and within two days a new seat arrived by courier, free of charge.

It’s nice to hear of a company acting with a wee bit of compassion and am glad that you found its service more than bog standard. 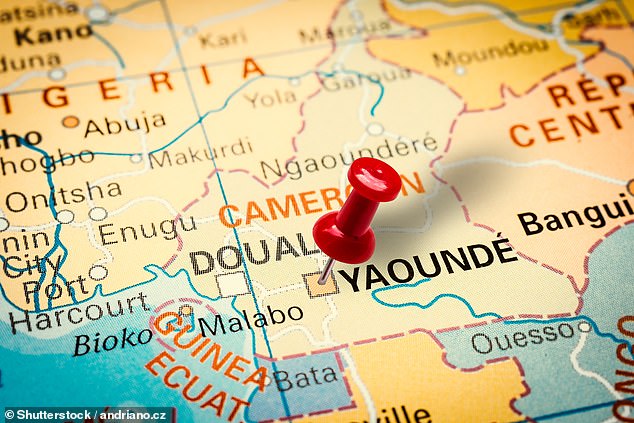 Camer-gloom: Our reader saw her trip to Yaounde cancelled when the flight was called off

Miss: More tales of travel chaos this week, as reader H. from Manchester wrote in to tell me she was still awaiting a refund for a flight that should have happened in February.

That was well before this summer of holiday hell started, which doesn’t bode well for those trying to get their money back for more recent trips.

She said: ‘I planned a holiday to Cameroon for February 2022 and booked a round trip from Manchester to Yaounde on British Airways via Lastminute.com, paying £822.67.

‘The first leg of the journey was a flight from Manchester to London. When I got to the airport it was delayed for hours, before finally being cancelled.

‘I am disabled and was left stranded at the airport with no support, being forced to go around the airport trying to locate my luggage so I could go home.

‘I then had to ask a friend to come and pick me up in a rented van, and pay for car parking. The cancellation also rendered the transport I had initially booked to take me to and from the airport a total waste of money. On top of the flight costs, this was about £400.

‘After all this hassle and expense, I just wanted my money back so I could plan another trip. I have been calling Lastminute for four months and keep being told I will get the money “in a few days,” but it never arrives.

‘I think the refund should be for the full round trip, given that the first leg of the journey was cancelled.’ 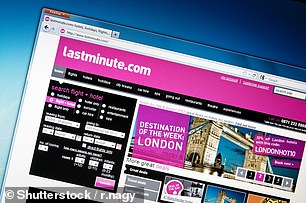 Lastminute.com initially said it wouldn’t give a refund until it had been paid back by BA

I contacted Lastminute.com to ask why the refund was taking so long.

It apologised for the delay, and told me: ‘When a standalone flight ticket is purchased we act as an agent and the consumer’s contract for a flight ticket is between the customer and the airline directly.

‘This, unfortunately, means we are obliged to follow the rules and timings set out by the airline.

‘It is also important to note that since the changes and subsequent cancellation happened at the last minute, we had no prior information about this in order for us to be able to proactively reach out to the customer.

‘Our teams have been investigating this case and we can confirm that we have not yet received the funds from the airline.’

As a gesture of goodwill, however, it agreed to ‘anticipate’ the refund and paid you back the full return fare straight away. That wasn’t so hard, was it?

With delays and cancellations wreaking havoc with travel plans this summer, holidaymakers should note that if they book with an agent their refund will likely take longer to process.

This is because they usually insist on getting the money they paid the airline back, before they will pass it on to the customer. 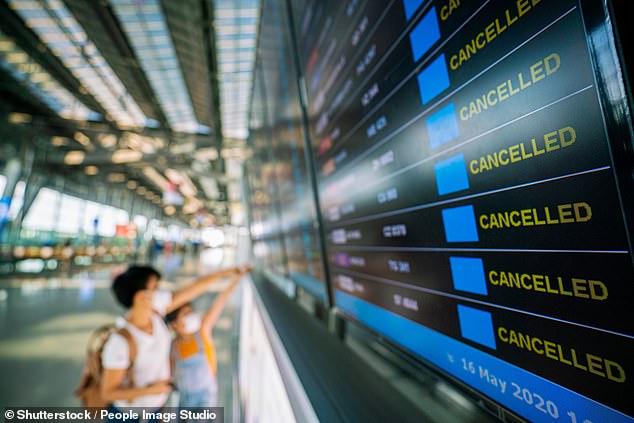 Travel torment: Holidaymakers are being plagued by flight cancellations this summer

I regularly hear this excuse from agents, and, while I understand that they can’t pay everyone back out of their own pocket, something clearly needs to change here.

Either airlines and agents find a way to get customers their money back in good time, or agents need to make it abundantly clear to customers at the time of booking that any refunds will take longer to procure.

Judging from the emails I have been receiving, airlines are not being particularly expedient about refunding customers who book with them direct either.

Often, booking a package holiday rather than standalone flights offers better protection when things go wrong, as they are usually ATOL protected.

But for those who are booking standalone flights and hotels, cutting out the middleman and going direct to the airline for the flights could make the refund process a little less painful if things go wrong.

I also asked Lastminute about the extra costs you incurred due to the cancellation. It said you needed to go direct to BA for these, which you are doing.

I sincerely hope it agrees to your claim, as your airport experience sounded horrendous – and if it doesn’t, I will be straight on the phone.