The husband of a teacher, 35, accused of having sex with a 15-year-old schoolboy today said they were trying for a baby at the time and she presented him with a positive pregnancy test.

Daniel Barber was called to give evidence on behalf of his wife Kandice, who is on trial for alleged sex with a pupil at a school in Buckinghamshire, where she taught.

She is also said to have sent him a topless picture of herself on Snapchat, which ended up being passed around Princess Risborough secondary school.

But Mr Barber and his wife, who have five children between them from previous relationships, said that after the summer holidays in 2018 they tried for their own child.

Kandice Barber, pictured above with her husband Daniel. He was today called to give evidence on behalf of his wife today at Aylesbury Crown Court

In October that year, when she is alleged to have been having sex with the pupil, Mr Barber said: ‘She gave me a box. It was a pregnancy test to confirm she was pregnant.’ The following month she suffered an ectopic pregnancy.

It is alleged that when questioned about an affair by the head teacher the boy denied anything had gone on because she had told him she might be pregnant with his child. He later told the police he did not want his child to be born in prison.

Mr Barber, who worked for the delivery firm DPD and then for Morrisons, denied that in September and October 2018 the marriage was going through a bad patch. He agreed he had not been enjoying himself at his job but described Kandice as his ‘rock’.

He said on occasions his wife would send him intimate pictures of herself, which she kept on her phone.

Earlier the jury heard that Barber sent the boy a message claiming the youngster’s penis was larger than her husband’s. One of the schoolboy’s friends who said he’d seen messages from the woman teacher.

‘First I didn’t believe it at all, then I started seeing the videos and messages and all that, I was like ‘yeah, it’s probably true’,

‘The messages said that he (the boy) had a bigger penis than her husband.’ 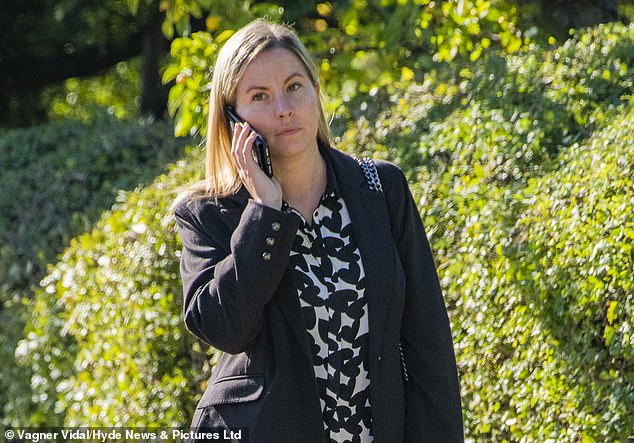 Kandice Barber (pictured above), 35, is on trial for alleged sex with a 15-year-old pupil at a school in Buckinghamshire, where she taught

Under cross examination today by Richard Milne, Kandice Barber said her Snapchat account must have been hacked. In a defence statement she said stated that her Snapchat login was the same as other logins she used at school.

Asked why she had not told this to the police when questioned she said her solicitor had advised her to make no comment.

The blond-haired teacher again denied she had sexual encounters with the boy.

Asked about a sexual act in a car, she told Richard Milne, prosecuting: ‘It makes me feel sick thinking about it.’

Questioned about performing oral sex on him before or after his 16th birthday she said it did not happen saying: ‘Neither, never.’

She denied having sexual or romanticised conversations with the boy. 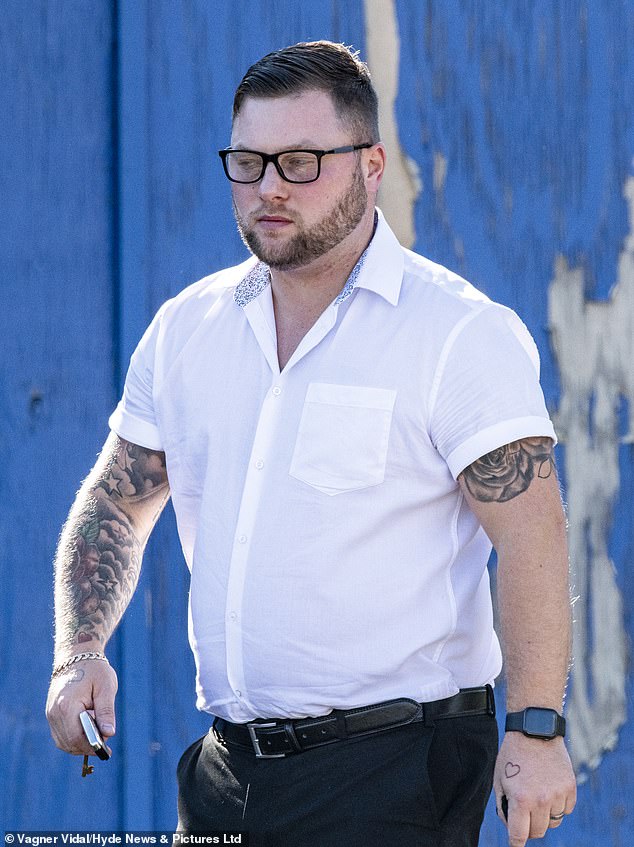 Daniel Barber pictured arriving at Aylesbury Crown Court yesterday. Today he denied that in September and October 2018 the marriage was going through a bad patch

Kandice Barber (left) is accused of meeting up for sex with a schoolboy three times in 2018 – in a field, in woods and in her 4×4 – as well as sending topless pictures of herself to him on Snapchat. Barber denies the allegations

In his first interview with the police in March last year the teenager said he wore a condom as he had full sex on one occasion with the teacher in a field. The jury heard that the boy requested a second police interview.

It took place in April when he told officers he had also performed a sexual act on Ms Barber in her car before she gave him oral sex on him in a nearby wood.

Asked why he had not told the police in the first interview when he was asked if anything else had gone on, he replied: ‘I had never encountered the police before. I just got nervous.’

He admitted telling close friends she had given him oral sex.

In a third interview in June last year he said that after his 16th birthday, in October 2018, the teacher had performed oral sex on him again in the same woods.

Dawn Green also took to the witness stand in support of her daughter and declared that she ‘believes’ her. 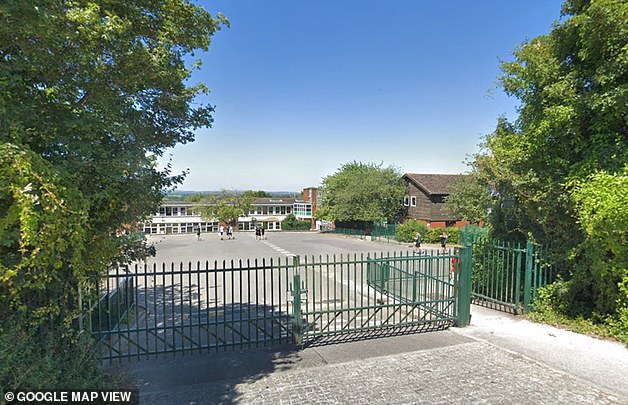 Kandice Barber is said to have sent the pupil a topless picture of herself on Snapchat, which ended up being passed around Princess Risborough secondary school (above)

After her daughter’s arrest, Mrs Green told police: ‘Kandice told me she had been arrested and it was something to do with a student at school. She did not go into any details, she told me it happened in October 2019.

‘Kandice confirmed there had been no intimacy but she had been Snapchatting him for a few weeks. She said ‘I know I have been silly mum’ and I agreed with her and told her she had been silly.

At Aylesbury Crown Court today, the mother told prosecutor Richard Milne that she had been ‘flabbergasted’ when her daughter was arrested and understood it was something to do with a student harassing Kandice.

When asked whether she had known that her daughter Kandice had topless pictures on her phone, she replied: ‘It would not surprise me, I have photographs of myself topless too.’