The husband of missing Massachusetts mother Ana Walshe will appear in court today charged with her murder, nearly three weeks after she vanished on New Year’s Day.

Brian Walshe will appear at Quincy District Court in Norfolk County today where more details about Ana’s shocking disappearance will emerge, after he was held on a $500,000 bail yesterday.

Prosecutors have for weeks been building a case against Brian, who bought hundreds of dollars’ worth of cleaning supplies after his wife vanished, with evidence also said to include blood found in the couple’s basement, and a bloody hatchet.

Ana’s body has still not been found, despite intensive searches of the family home in Cohasset where she lived with her husband and three sons, and the surrounding area.

Brian Walshe is already in custody on charges of misleading police. He is shown on January 9

She fails to turn up to work in Washington DC, and there is no proof of her making it to the airport for her flight.

The caller told the operator he’d informed her husband

JANUARY 6: Fire reported at the house Ana shared with her husband

JANUARY 9: Police reveal they found blood in the basement of the couple’s home

JANUARY 10: Police reveal they found trash bags filled with bloody items, a hatchet and a hacksaw in a trash center near the home

Friends say the couple’s marriage was strained as a result of Ana’s grueling work schedule, which meant they spent much of their time living apart, with Ana in Washington DC and Brian and the boys in Massachusetts.

Ana was also photographed without her wedding ring in some of the final photos taken before she vanished on January 1, when she was seen embracing British gin entrepreneur Paul Walker at a book signing in DC.

In a statement on Tuesday, Norfolk District Attorney Michael W Morrissey said: ‘The continued investigation has now allowed police to obtain an arrest warrant charging Brian Walshe with murder of his wife.

‘Mr. Walshe will be transported to the court for the charge of murder.

‘Additional details of the investigation and the evidence in support of those charges are likely to be presented at the arraignment but will not be disclosed at this time.’

A person who answered the phone at the office of Walshe’s attorney, Tracy Miner, said Miner would have no comment on the murder charge.

An email seeking comment was left with Miner. She has previously said that her client has cooperated with the investigation.

Walshe has so far denied misleading police in his wife’s disappearance.

Ana was last seen at 1.30am on the morning of January 1, when she and her husband hosted friends for a New Year’s Eve party that guests said was filled with celebratory toasts.

Cem Mutlu, one of the friends who attended the party, said: ‘Brian had cooked an elaborate meal for us.

‘We hugged and celebrated and toasted and just what you do over New Year’s. There was a lot of looking forward to the New Year.’ 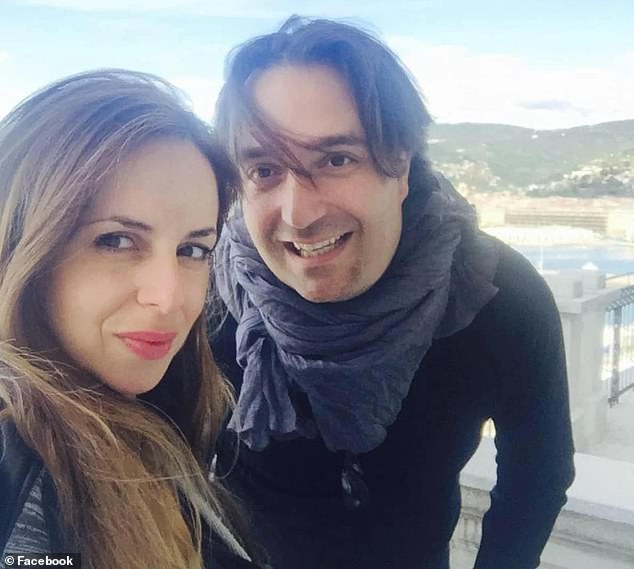 Ana, pictured with her husband Brian, has been missing since New Year’s Day

The next day, he says Brian phoned him asking if he’d ‘seen Ana’ and that she was missing.

She was due to travel to Washington DC on January 1 for work, but failed to show up for her flight or get in her rideshare to the airport.

She was reported missing by Tishman Speyer, the real estate company she worked for, on January 4.

A man who identified himself as the firm’s head of security in Washington DC called police in Cohasset to request a welfare check for her.

That man told police that he had informed Ana’s husband, Brian, that she was missing.

It contradicted Brian’s lawyer’s claim in court that he had notified her work that she was missing.

Her cellphone has not been used and there has been no activity on her credit or debit cards, police have said.

Friends said there was ‘tension’ in the marriage because of her work schedule, and are now appealing for care of her children. 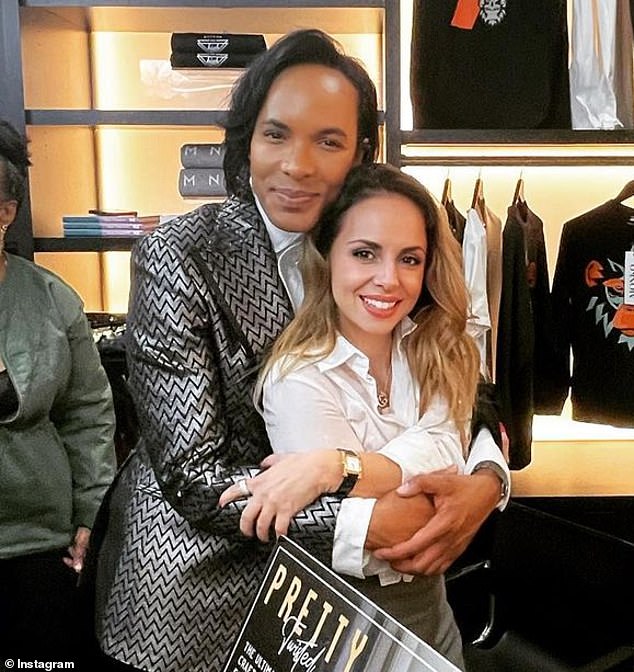 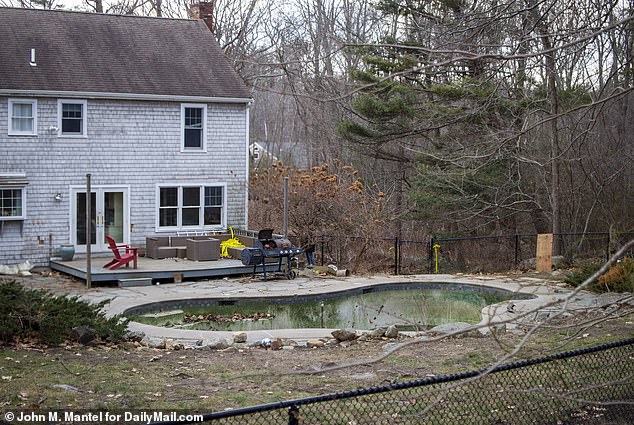 The Cohasset home that Ana shared with her husband, Brian, and their three children 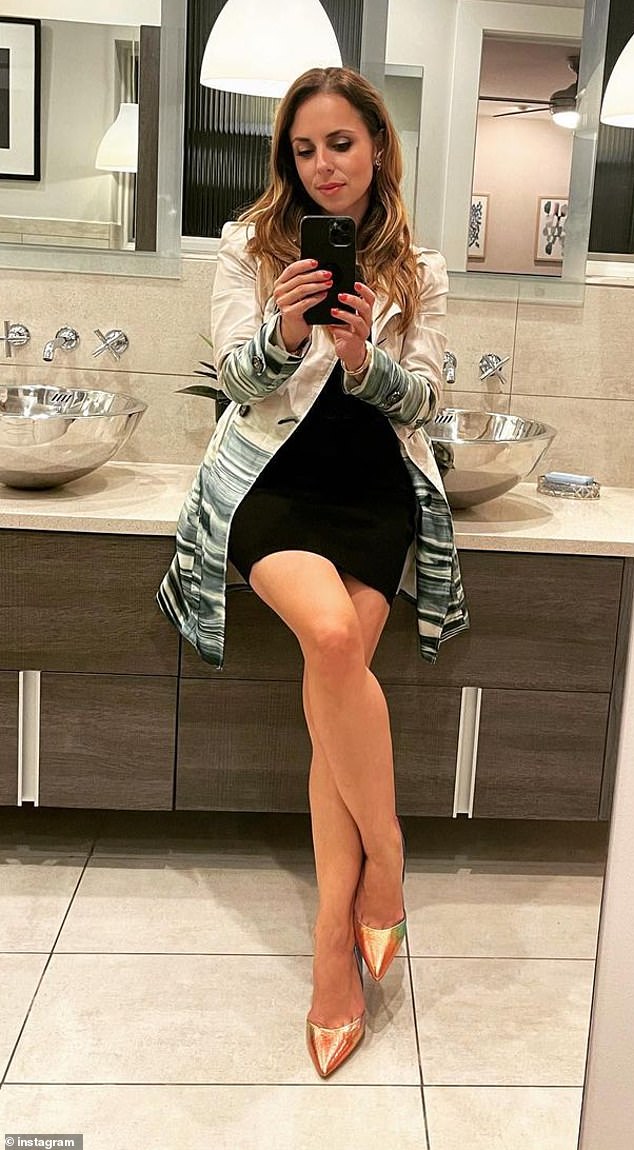 Walshe is no stranger to legal trouble.

In 2018, he was convicted of fraud for stealing and attempting to sell two fake Andy Warhol paintings that he advertised as being genuine.

Walshe looked up ‘how to dispose of a 115-pound woman’s body’ online around the time of his wife’s disappearance, according to investigators, and was also caught on surveillance cameras near a trash dumpster next to his mother’s house.

Prosecutors said in court that Brian Walshe was seen on surveillance video buying $450 worth of cleaning supplies at a home improvement store the day after his wife was last seen. 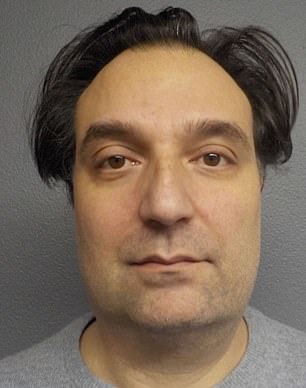 Walshe in his mugshot after being arrested for misleading police

Police also found a broken knife and blood in the basement of the couple’s home, prosecutors said, although they did not say whose blood it was.

Police wanted to test a sample of the blood found in the bag to Ana’s three sons.

Brian and Ana met in 2008 while she was working at a hotel in the Berkshires. She was the ambitious daughter of Serbian couple who’d come to America in search of a better life.

He was the son of a wealthy family, who he is now estranged from. In court filings, his family accused him of stealing millions from his elderly father after the man suffered a stroke.

Family friends called him a ‘sociopath’ and said all he ever cared about was his father’s money.

The pair married in Serbia in 2015 and later welcomed three sons together.

Ana started working for Tishman Speyer in February last year, accepting a role as the general manager of the company’s Washington DC office.

She had previously worked for The Mutlu Group, a real estate company near their home, that is run by the friend who spent New Year’s Eve with the couple.  Before that, her work experience was in hotels and housekeeping.