The man who police believe killed his two young children before taking his own life in a suspected murder-suicide has been identified.

Indika Gunathilaka, 40, and the bodies of his four-year-old daughter and six-year-old son were found at a home in Essington Street, Huntingdale in Perth’s south-east on Friday evening.

A family member had called police to the address at about 6.35pm on Friday.

The call was made as their mother had planned to pick up the children at a pre-determined location but they had not been there.

On arrival, officers found the bodies of a four-year-old girl and a six-year-old boy inside the house.

A man, 40, was also found dead inside a garage at the back of the property.

WA Police Assistant Commissioner Allan Adams confirmed the shocking news that it was likely Mr Gunathilaka, who had mental health issues, had murdered his own children.

Indika Gunathilaka, 40, and the bodies of his four-year-old daughter and six-year-old son were found at a home in Essington Street, Huntingdale in Perth’s south-east on Friday evening 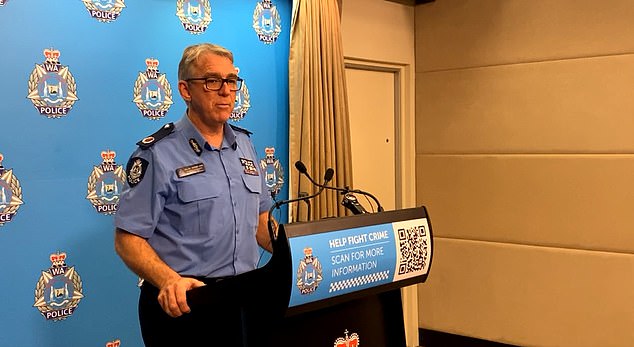 WA Assistant commissioner for the metropolitan region Allan Adams said on Saturday a man, 40, was also located in the same home with two children aged 4 and 6 – he was later identified as their father

‘The 40-year-old man is the father of the two children,’ WA Police Assistant Commissioner Allan Adams told reporters on Saturday.

‘The exact cause of death and the circumstances will be thoroughly investigated and this will take some time, but I can tell you at this stage we are treating this incident as a double murder suicide.’

Asst Comm Adams described the incident as an ‘extreme tragedy’.

‘It’s extremely difficult to comprehend what’s occurred. We can only begin to imagine the trauma caused to the family,’ he said.

He said the first responders to the scene will be provided with ‘the highest level of care and support’.

Two officers reportedly had to be comforted away from the scene.

‘Obviously it’s extremely traumatic for them to be confronted with these scenes,’ he said.

Police have set up a crime scene and are continuing to investigate the circumstances, but they are not looking for anyone else over the deaths.

‘The early assessment is that this is a domestic homicide suicide,’ Asst Comm Adams said.

‘Investigations will determine ultimately whether that scenario is what they were confronted with or whether there is some other issues at play.’

Fairfax reported that in mid-December, Mr Gunathilaka posted a video on Facebook in which he spoke of his own mental health problems and warned others suicide is ‘not the solution’.

‘It’s been a while since I posted anything on Facebook… I’ve had my personal reasons for it,’ he said in the video. 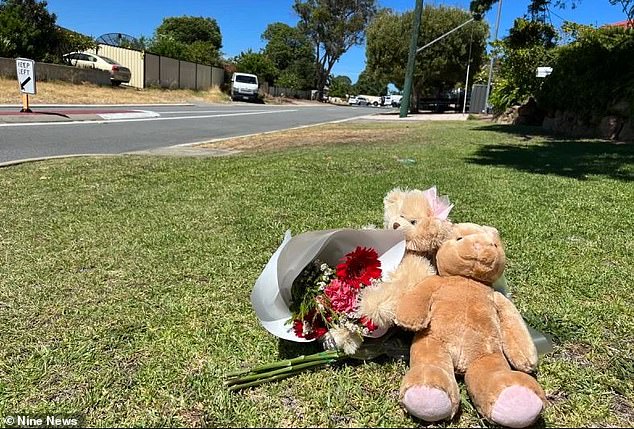 ‘To those who felt a difference and reached out, I thank them. A lot of those calls and messages have gone unanswered and I do apologise but the care and concern shown is appreciated.

‘People who have known me well enough for long enough, I would feel quite certain they may not think of me as someone going through depression.

‘But I have recently been diagnosed with depression.’

The father said he was on medication and warned: ‘The unpleasant signs of mental health issues or even depression is not only does it affect you, it affects the people around you.

‘Suiciding is possibly not the solution… reach out to people, try and talk to people, seek help, see what you can do before you make that drastic decision where if you are successful there is no coming back.’

After the incident, a neighbour said the street was usually quiet and there had never been any signs of trouble.

‘I’ve never really heard of any issues (on this street),’ the neighbour said.

‘We know our neighbours, we say hello to them.’

Police taped off the area on Friday night, where WA Police confirmed there was a murder suicide