This is the heart-warming moment an entire village turned out to send off their beloved GP – after spending two weeks blocking her on Facebook to organise the surprise.

Dr Annie Linley-Adams was clapped by hundreds of her patients who lined the streets while she was driven out of her surgery for the last time in a convertible car.

Dr Linley-Adams announced last year that she would be retiring this summer after spending 31 years treating the people of Lytchett Matravers in Dorset.

Because of social distancing restrictions, the villagers were unable to throw a farewell party for her. 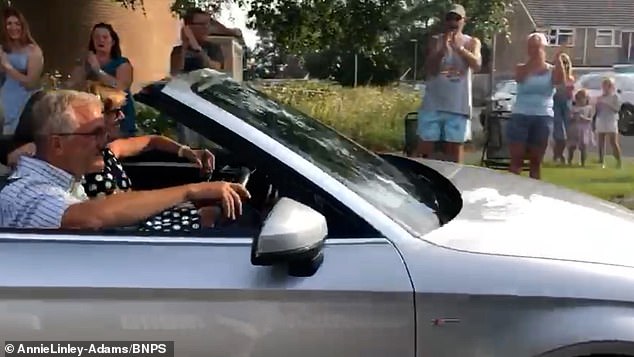 Mark, the husband of Dr Linley-Adams, borrowed a convertible in order to pull off the gesture 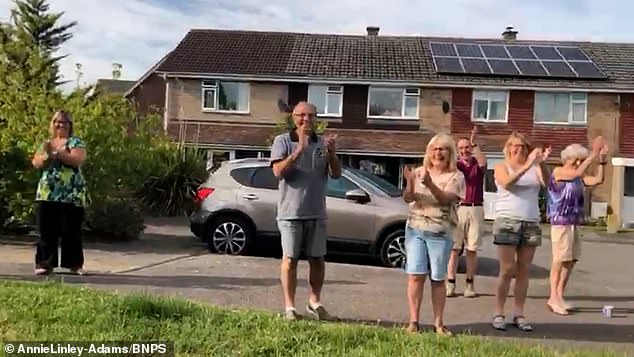 So they started an online whip round that raised £1,300 to buy her a goodbye gift.

They also organised the guard of honour for her through Lytchett Matravers.

To keep it all a surprise, organiser Claire Murphy asked the admin for the Lytchett Matravers Facebook page to block Dr Linley-Adams so she wouldn’t see the exchange of messages.

Dr Linley-Adams said: ‘Because of Covid I didn’t think I would get much of a leaving do.

‘I had some presents and champagne in the car park with some patients and former members of staff which was lovely.

‘Then afterwards my husband Mark borrowed one of the nurses’ car which is a convertible and drove me out of the surgery.

‘It seemed like everyone in the village lined the streets to clap. I had no idea. It was surreal and very moving. I was completely surprised and amazed. It was a lovely thing to do.’ 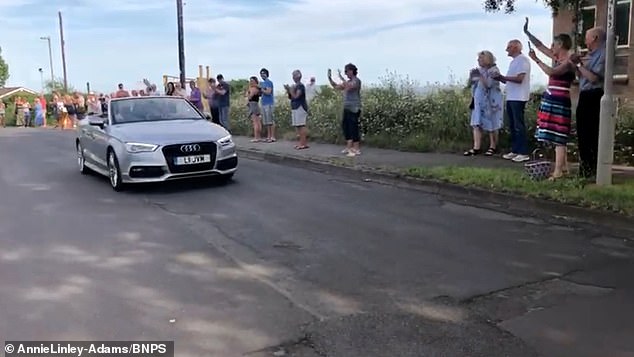 The villagers arranged the gesture via Facebook, and even had to block Dr Linley-Adams from the group to avoid her catching drift of the lovely idea 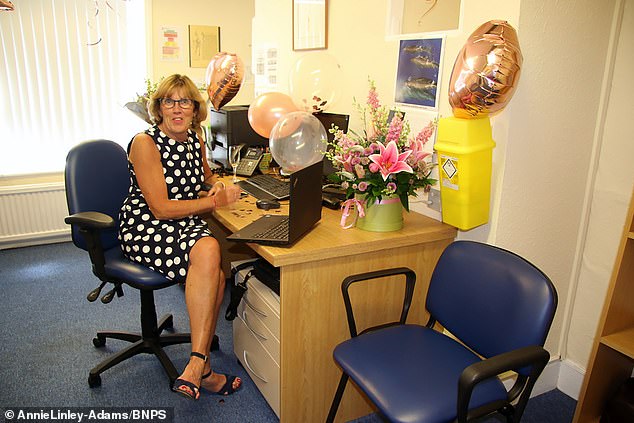 Dr Linley-Adams, 59, joined the Heath Cottage Surgery in Lytchett Matravers in 1989 and has became a popular GP for her caring nature.

Mrs Murphy, who helped organise the farewell surprise with Lucy Harper, said: ‘The whole village wanted to do something because Annie has been our doctor for 31 years.

‘She is a lovely and very caring doctor.

‘But because of Covid the only way the patients could get to see her and say goodbye was by doing this.

‘I had to get her blocked on the Facebook page. I spoke to the admin man and asked if it could be done.

‘I know she hadn’t been on it that much but we couldn’t take the risk.’

Dr Linley-Adams, a mother-of-four, said: ‘There is a community Facebook group which I am a member of although, to be honest, I don’t go on to that often so didn’t realise I had been blocked!’