Queensland could launch an inquiry into its state-run forensics lab amid reports police are reviewing sexual assault cases dating back to 2018.

Potential problems with the lab first came to light as a result of The Australian’s podcast series Shandee’s Story about the investigation into the 2013 death of Shandee Blackburn.

The newspaper on Wednesday reported Queensland Police are reviewing hundreds of sexual assault cases involving evidence reported as having ‘insufficient DNA for processing’.

The government has ordered a review into the systems and processes at the state-run Forensic DNA Analysis Unit.

Shandee Blackburn, 23, died after being brutally stabbed more than 20 times while walking home after a shift at Harrup Park Country Club in Mackay, Queensland in February of 2013

Premier Annastacia Palaszczuk said the investigation may be just the first step.

‘That’s not to say that there’s not going to be a further inquiry,’ she told reporters on Thursday.

‘Do not for one moment think that I do not think these issues are serious … the health minister is absolutely committed to seeing what is going on and fixing this.’

Terms of reference for the government review were tabled in May and include investigating the appropriateness of threshold limits for DNA samples.

Specimens that fall below a certain level are reported as ‘no DNA detected’ or ‘DNA insufficient for further processing’, and the review will look at how Queensland compares to other jurisdictions.

Liberal National Party spokeswoman for the prevention of sexual violence Amanda Camm called for the lab to be investigated by a Commission of Inquiry into the Queensland Police Service.

‘It’s incredibly traumatic for a victim of sexual assault to go through a forensic medical examination,’ she said.

‘They need to have every assurance that they won’t be robbed of justice because of the failings of the lab.’

Shandee Blackburn, 23, was stabbed multiple times in a frenzied attack metres from her front door as she returned from a late shift at Harrup Park Country Club in Mackay, just after midnight on February 9, 2013.

A coronial investigation into her death will be reopened following a request by the state’s Attorney-General Shannon Fentiman.

Ms Fentiman asked for further consideration given ‘recent issues raised regarding the forensic evidence and testing of evidence in this case’, a Coroners Court of Queensland official said in February.

The Central Coroner has not yet decided if the inquest will be reopened. 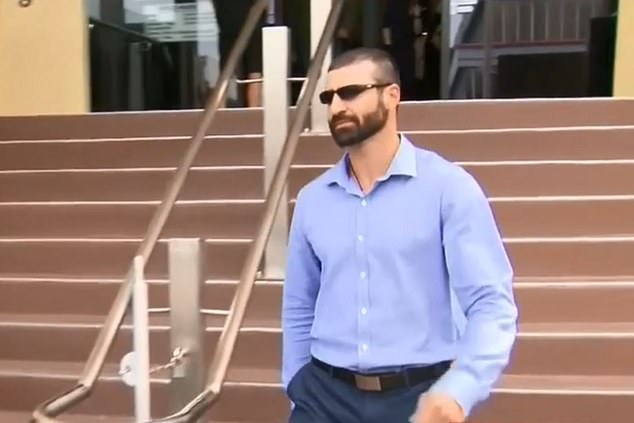