Police have found human bones at a building site just three miles from the spot where two boys vanished 24 years ago, MailOnline can reveal.

Detectives are digging at the new site for the Jaguar Land Rover plant in Birmingham, near to where Patrick Warren and David Spencer disappeared in 1996.

West Midlands Police cordoned off the site after builders made the grim find on Wednesday.

‘The bones will undergo forensic and archaeological analysis,’ a police spokesman said today.

Known as the ‘milk carton kids’, Patrick, 11, and his 13-year-old friend David had spent the day together, playing near their homes in Chelmsley Wood – a sprawling, working class estate on the edge of Birmingham.

Police are digging at the site of the new Jaguar Land Rover site in Birmingham after builders there discovered human bones on Wednesday, MailOnline can reveal 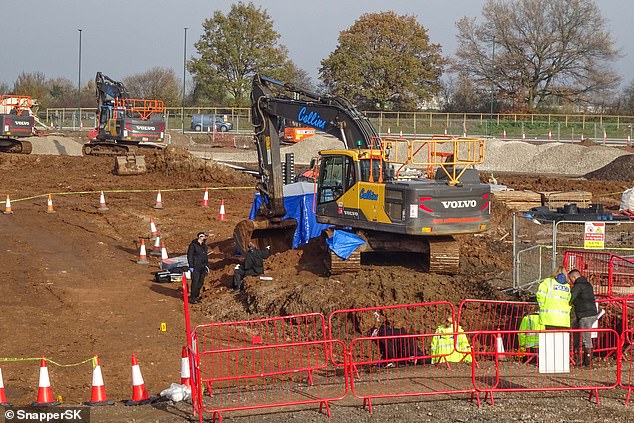 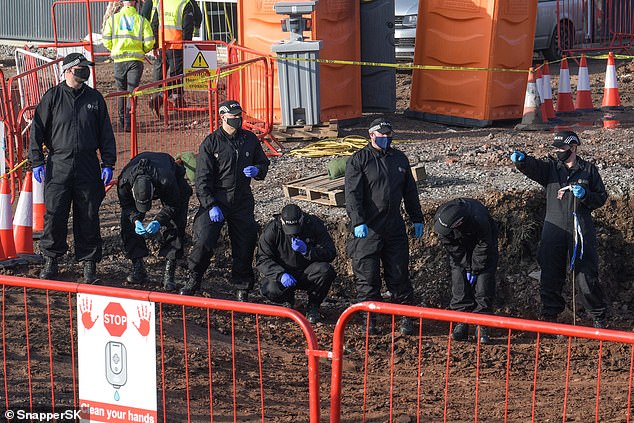 A spokesman for the West Midlands Police force today told MailOnline: ‘The bones will undergo forensic and archaeological analysis’ 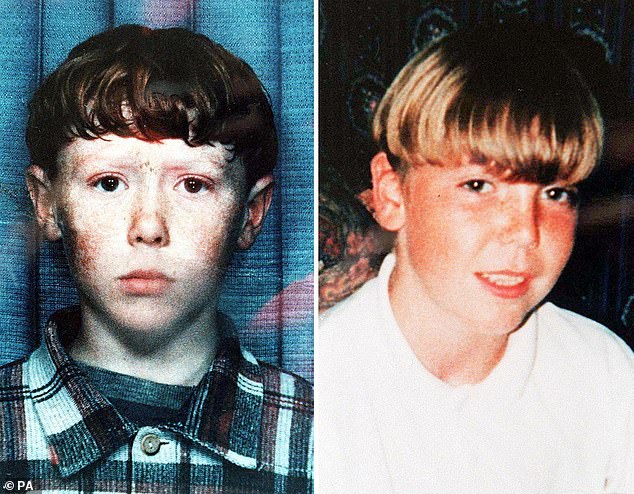 The Jaguar Land Rover plant in Birmingham, is just three miles from Chelmsley Wood where Patrick Warren, 11, (right) and his 13-year-old friend David Spencer disappeared in 1996 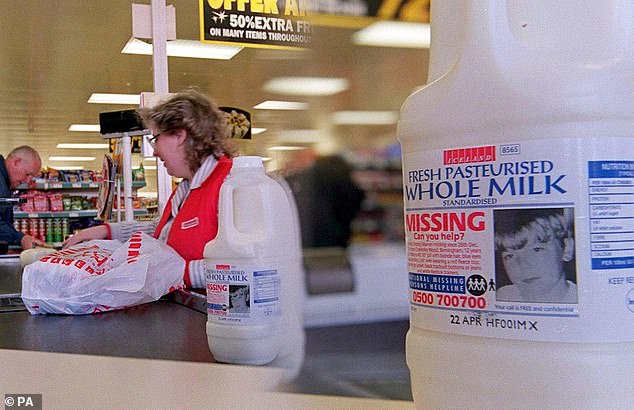 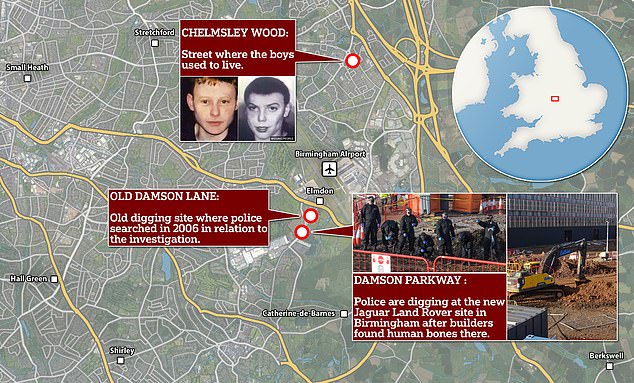 A map shows where the boys went missing from their homes in Chelmsley Wood compared to the site being dug today, which is close to a field that was search by police back in 2006

Despite their young age they remained out until close to midnight, when David returned to his home in Circus Avenue.

He told his mother he was going to spend the night at Patrick’s brother’s home, a short walk away.

But instead of heading straight there, the boys decided to stay out a little longer and made their way to a local petrol station where they asked an attendant for a packet of biscuits. 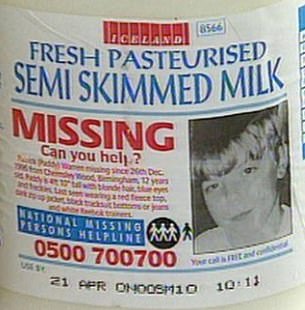 The attendant then saw them walk away towards Chelmsley Wood Shopping Centre just after midnight on December 27. They have never been seen since.

Police later recovered a red Apollo bike that Patrick had been given that Christmas which had been left by waste bins at the back of the petrol station.

Patrick – known as Paddy – was one of seven siblings from an Irish family. He played football and would often joke about his mother’s Irish accent when she lost her temper.

Speaking shortly after the boys had vanished, Patrick’s mum Bridget recalled how her son had a ‘wild side’.

She added: ‘There’s no point saying he was an angel, because he wasn’t.

‘I would say he was cheeky. But other kids’ mothers used to say, ‘Paddy is a terrific little lad’, even his teachers said he was a good lad.’

David, a keen boxer, was remembered by his mother Christine O’Toole as ‘adorable, a lovely lad’ – but he also had a troubled side.

In and out of youth court, he was excluded from mainstream schooling at the age of 12. 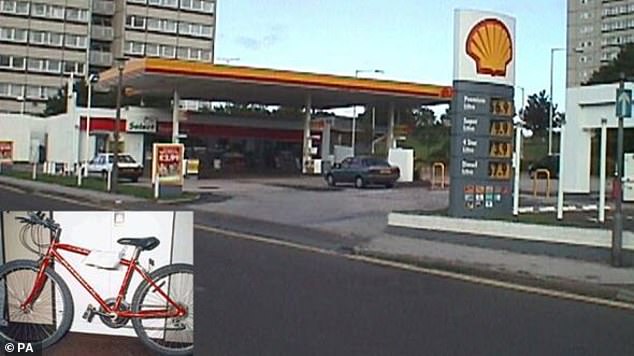 The boys were last seen just after midnight on December 27, 1997, at a Shell petrol station (pictured) where the attendant gave the pair a packet of biscuits before they walked off 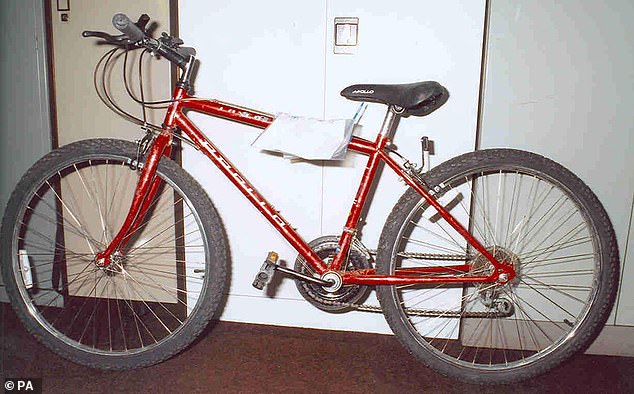 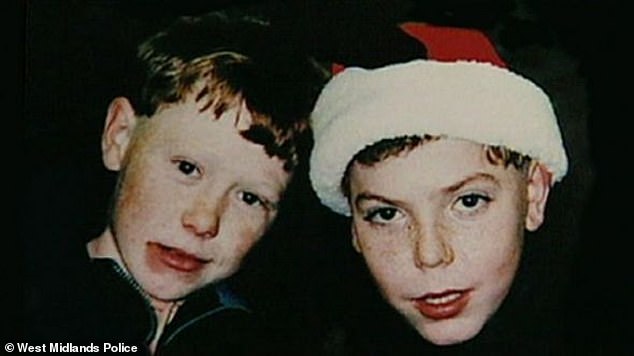 David (left) and Patrick (right) played together all of Boxing Day. Despite their young ages, at midnight David told his mother he was going to spend the night at Patrick’s brother’s home 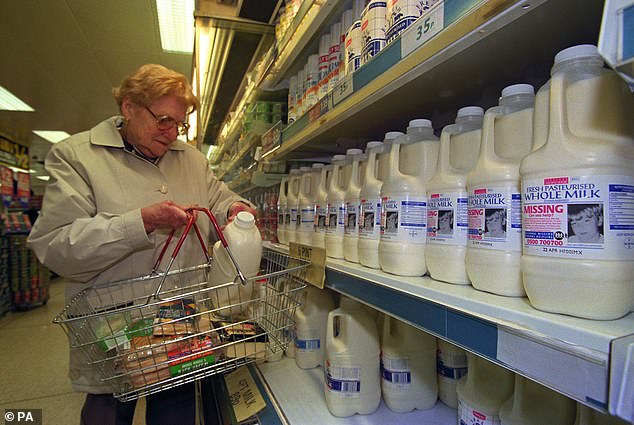 The Missing Persons  Helpline hoped the milk carton scheme (pictured) would be as successful as its American counterpart, which had made famous the faces of missing children

His mother, Christine O’Toole said: ‘He didn’t like discipline, you couldn’t tell him what to do.

‘He was aggressive; if someone caused him grief he took the law into his own hands and used force to keep them off his back, which was unacceptable.’

Police initially believed they were two streetwise children who had run away from home.

In April 1997 – four months after their last sighting – the boys became the first children to appear on four-pint milk cartons in 770 Iceland stores, as part of a campaign by the National Missing Persons Helpline.

The initiative – copied from the U.S where it had been running since 1979 when six-year-old Etan Patz had gone missing in New York – the charity hoped it would provide vital leads on the whereabouts of Patrick and David.

But after four weeks the families were still in the dark as to where they had gone. 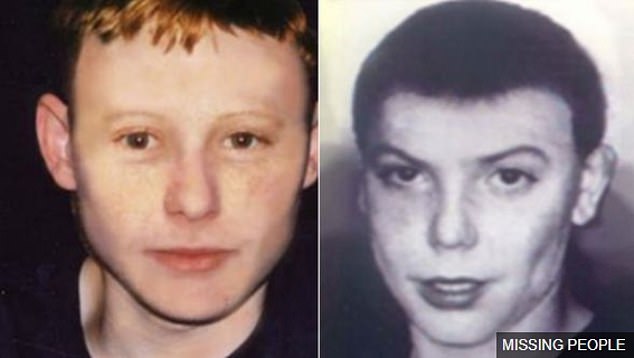 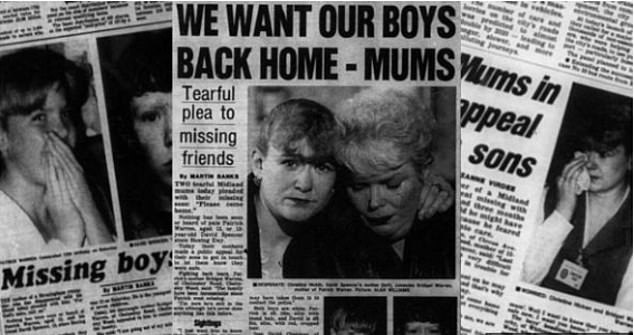 The news coverage at the time shows how the boys’ families from Chelmsley Wood – a sprawling, working class estate on the edge of Birmingham – appealed for information on them

It was not until 2006 – ten years after their disappearance – that the case was treated as a murder investigation, despite the absence of bodies.

A full forensic investigation was conducted of the boys’ houses, which revealed nothing untoward and checks were made of the sex offenders register – which did not exist when the pair went missing – to find out if any known paedophiles were living in the vicinity at around that time.

Police discovered that paedophile and convicted child killer Brian Field was living only a few miles away from Patrick and David in Solihull when they went missing. 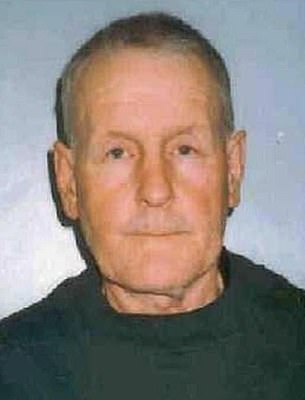 Brian Field (pictured), a paedophile who murdered a 15-year-old boy in 1968, was questioned over the boys’ disappearance

In 1999, three years after the boys went missing, Field, a former farm labourer, was arrested for drink-driving in Chelmsley Wood.

A DNA sample taken from him matched him to the 1968 rape and murder of schoolboy Roy Tutill in Surrey.

When Patrick and David’s disappearance was reviewed in 2006, Field was named as a suspect.

He was questioned by detectives and officers also dug up land he used as a dumping ground at Old Damson Lane in Solihull.

But without evidence, in the face of his denial of any knowledge of the boys, they were unable to progress the case further

The Jaguar Land Rover site being investigated today is adjacent to land police previously searched in 2006 when Field was considered a suspect.

Retired Detective Chief Inspector Mick Treble, who worked on the case review, told MailOnline that police finding human remains so near to the 2006 spot meant that it was ‘very likely and very plausible’ that they could belong to Patrick and David.

He said: ‘I’m almost relieved in one sense because if the police have found the remains of the two boys then it at least brings the families some much needed closure after more than 20-years.’

A police source said that more than one body had been found at the Jaguar Land Rover site and that some of the bones appeared to be that of a young teenager. 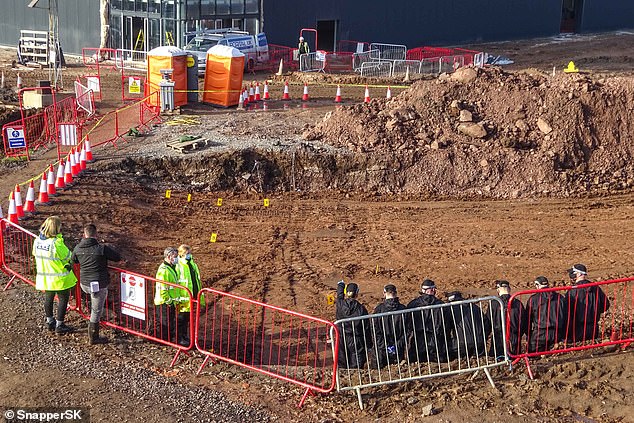 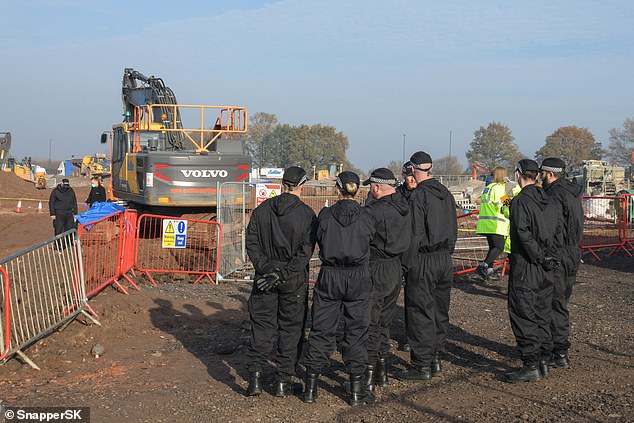 However, West Midlands Police say officially there is currently no link to any criminal investigation.

A spokesman said: ‘We’re investigating after human remains were discovered on land off Damson Parkway, Solihull, on 4 November.

‘The area has been cordoned off for further searches to be carried out.

‘The bones will undergo forensic and archaeological analysis.’