Huge $100,000 quartz stone weighing 80KG is swiped from a tiny town’s museum in the middle of the night

Brazen thieves have managed to break into a museum and haul a massive chunk of mineral weighing 80kg, and worth a small fortune, out the door.

The huge piece of quartz – valued at $100,000 – was lifted from its display inside a museum in the small northern NSW town of Tingha about 1am on Saturday.

Detectives from the New England Police District have established a crime scene at the gallery.

The huge piece of quartz worth $100,000 (pictured) which was stolen from the small museum in the New England region of NSW

They are appealing for information that could recover the stone and lead to the arrest of the gem thieves.

The small town, which has a population of about a 1,000 residents was founded in the 1840s and boomed in the 1870s after tin mines were established nearby.

The main industry of the town in recent decades is agriculture, though the area has also produced a number of notable NRL players.

Anyone who may have been in the area or has any information about the theft is asked to contact Crime Stoppers on 1800 333 000. 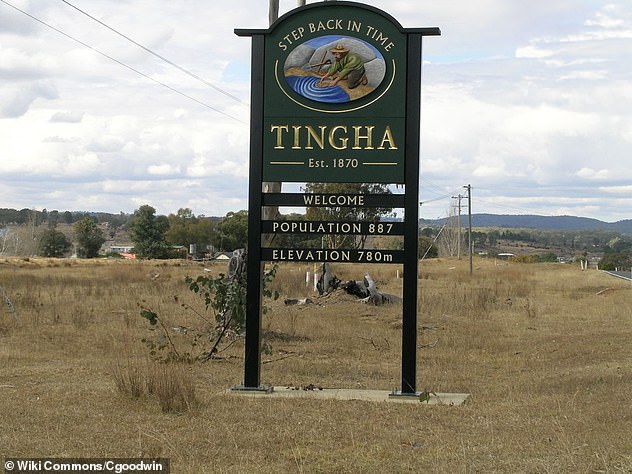