The cost of HS2 could hit £170billion, according to the deputy chairman of an official review into the project.

The Oakervee Review warned in February that the final bill for the rail link could reach £106billion – against a budget of £62.4billion.

He cited evidence from an industry expert suggesting that costs for the initial phase could hit £88billion.

The Oakervee Review warned in February that the final bill for the rail link could reach £106billion – against a budget of £62.4billion (file image)

Lord Berkeley said: ‘We found previously that Phases 1 and 2A costs were about 50 per cent of the total HS2 costs.

‘On that basis, the cost of the whole project would be around £170billion.’

The peer is a vocal critic of HS2 and believes the money would be better spent on rail links in the Midlands and the North.

The Department for Transport and HS2 Ltd insist the budget will be met. A DfT spokesman said last night: ‘We do not recognise these baseless, false figures.’ 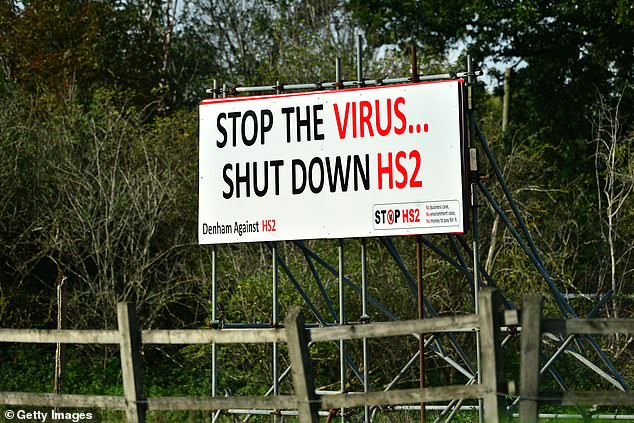 HS2 will operate at up to 225mph, reducing the journey time between Birmingham and London from 1 hour 21 minutes to 45 minutes.

Phase 1 was due to open in 2026, but it could be another decade before full services operate.