He may have developed a taste for fast cars, but with Britain’s cyclists doing so well in Rio, you just can’t keep Olympian Sir Chris Hoy off two wheels.

Though now retired from professional cycling, the six-times gold medal winner — whose record as Britain’s top Olympian has been matched in Rio by cyclist Jason Kenny — has learned to drive a Nissan Juke on two wheels in just two days, rather than the two months experts say is normal.

World record-breaking stuntman Terry Grant taught him a two-wheeled stunt called ‘skiing,’ as seen in James Bond films and TV shows such as Knight Rider and the Dukes of Hazzard.

Don’t try this at home even though Nissan says the Sunderland-built Juke crossover they used was a standard production model — prices from £13,995.

It was given ‘limited modifications’ to enable it to drive on two wheels. This included tweaks to the front differential to divert drive to the road wheel and to prevent the raised wheel from spinning.

A different tyre compound enabled a higher pressure to be used and a protective roll cage was fitted to protect the cabin. Initially, a specially engineered stabiliser wheel attached to the outside of the car prevented it flipping onto its roof, as Sir Chris learned the ropes.

Then with the stabiliser removed, he did it on his own — managing 400m on two wheels during the longest run. Sir Chris said: ‘I loved it. I never thought it would be as much fun as it was, but I just wanted to keep going.

‘When I caught the roll and was suddenly driving on two wheels, it was such a rush of adrenaline and relief in equal measure — an amazing experience.’ He said it ‘adds another string to my driving bow’. 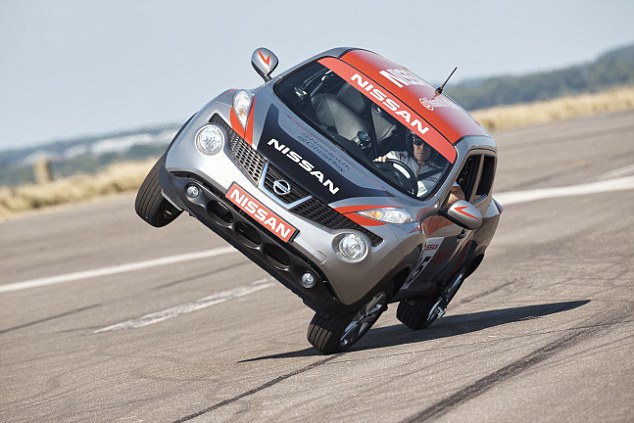 In June this year Sir Chris fulfilled a lifetime ambition by successfully competing in the Le Mans 24-Hour Race.

Nissan is the official automotive partner to Team GB and Paralympics GB.

Fancy the Rolls-Royce of picnics this summer? What about this beautiful British handcrafted hamper accompanying the last 50 Phantom Coupe and Drophead coupe models of this year. With each luxury car costing more than £420,000, the hamper alone will be about £50,000 or the price of a decent sports car. Each hamper for the out-going Rolls-Royce Phantom Zenith Collection is crafted from American Walnut and natural grain leather in a choice of three colour combinations — ardent red with black leather piping, navy blue with Arctic white piping, and black anthracite leather with seashell piping. Within the hamper, there are black piano picnic tables which fold out.

If you happen to be passing, examples are on display at the Pebble Beach Concours d’Elegance in California until Sunday. 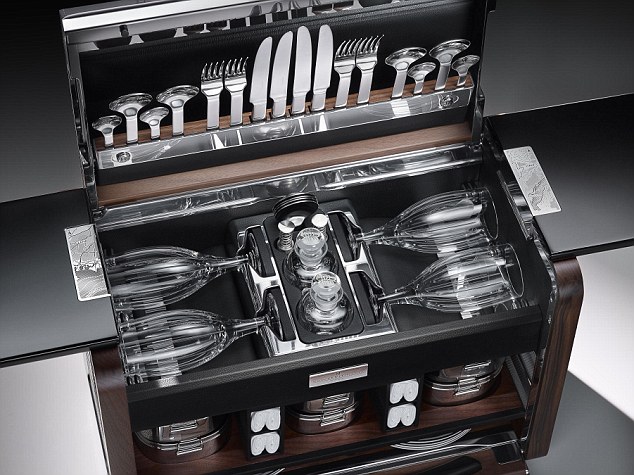 Commuters fed up with soaring train fares and strikes could buy a new car for less than the price of their firstclass season tickets, a new study has revealed.

Car price expert parkers.co.uk found a first-class season ticket from Seaford, East Sussex, to Haywards Heath over three years would cost £11,491, while a Peugeot 108 Access three-door through the maker’s Just Add Fuel scheme — which includes road tax, servicing, insurance and roadside assistance — would cost £10,919 to buy and run — saving £572 over the train.

Brace yourself for the August Bank Holiday getaway. Motorists face more than 200 miles of coned-off carriageways, including on the M60 near Manchester and Crewe, parts of the M25 near Aveley and Thurrock (J29 to J31), and the A1 (J51 to J56) near Leeming Bar, says Highways England.

However, more than 370 miles of roadworks will be lifted or completed on motorways and major A-roads by Friday morning on August 26, it adds. And it claims 97.8 per cent of England’s motorways and main A-roads will have no roadworks over the period.

Can’t decide between a traditional load-lugging estate or an SUV? Quirky Korean car firm SsangYong believes its new Tivoli XLV — an extended version of its existing shorter Tivoli model — is the answer.

It calls it an SUV-estate and it’s powered by a 1.6-litre diesel engine in two wheel and 4×4 drive and both six-speed manual and automatic. On sale this week from £18,250 or £198 a month on a personal leasing contract.