Founding and then selling one of the world’s most successful start-ups would be enough for most people to retire happy.

But not serial entrepreneur Uri Levine. The co-founder of Waze, the go-to-navigation app used by millions of motorists, Levine remains as driven as ever.

‘I am never done,’ says Levine, 57. ‘I want to change the world and make it a better place and solving problems is the way to do this.’

As driven as ever: Serial entrepreneur Uri Levine sold Waze in 2013 to Google for $1.15bn

Waze was sold to Google in 2013 for $1.15billion. Levine left the next day but has since been involved with several other start-ups, including Moovit, his second unicorn (a company reaching a valuation of more than $1billion).

A kind of Waze for public transport, Moovit was bought by Intel in 2020 for $1billion (£830million).

Today, Levine has ten active start-ups, each trying to address a single problem. And the father-of-five wants to help others do the same.

He has written a book – ‘Fall in Love with the Problem, Not the Solution: A handbook for entrepreneurs’ – to guide those to build their own highly valued firms.

Levine founded Waze alongside fellow Israelis Ehud Shabtai and Amir Shinar. It relies on users to act as traffic police, flagging and submitting updates on accidents, roadworks, jams and so on.

Waze aggregates this to calculate the best possible routes. It launched commercially in 2008 with around 2,500 registered users.

When Google bought Waze in 2013 there were nearly 50m. There are more than 700m users to date.

Was it the right decision to sell? ‘When you make a decision, you don’t know what it would be like if you had chosen a different path so by definition, it is the right one,’ Levine says.

‘Yes, Waze is worth way more today, but what we don’t know is if Waze would have become what it is today without the decision we made.’

Google has its own navigation service, Google Maps, and last month, the company announced it would merge the teams working on Waze and Google Maps, yet they will continue to run as standalone applications.

Will the merger of the two apps be next?

‘I left the day after the acquisition, so everything since then is in partial knowledge or guessing,’ he admits.

‘The assumption is that if you merge them, what you get will be better but we don’t know that. They have both built very differentiating features and a lot of people don’t like change.’ 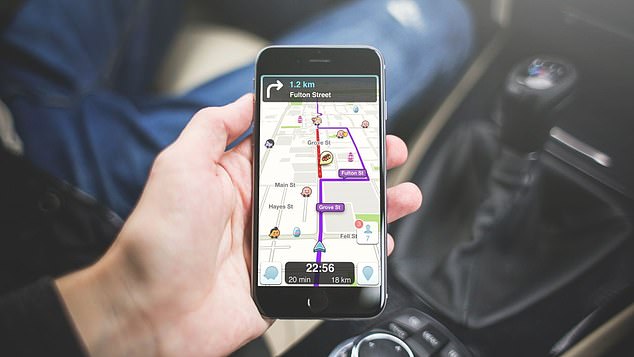 Selling enabled Levine, who unsurprisingly hates traffic and uses his bike to get around, to focus on other start-ups – some he believes will make a bigger impact than Waze.

There is We Ski, an online booking platform for ski holidays; Fair Fly, which enables significant savings on plane tickets by tracking price changes and agritech (agriculture and technology) company See Tree, which helps growers track their trees’ health and productivity.

His entrepreneurial streak started in childhood. ‘I was always exploring and questioning things, and coming up with crazy ideas,’ he explains. ‘My dad would say: “Give it a try.” So the idea of trying and failing was with me since I was a kid.’

And serving in the Israel Defence Forces prepared him well. ‘A lot of good things come out of this that help you later as an entrepreneur – you mature faster, establish leadership skills, and a sense that giving up is not an option,’ he says.

In 2021, Levine, a ski instructor, suffered a serious ski accident and couldn’t ski for a year. He recently returned to the slopes. ‘When people asked me if my skiing hobby was over, I said: “Never.” Never give up on your passion, and definitely not your start-up,’ he says.

There were times he admits that Waze nearly died: ‘When we were looking to raise our second financing round in 2010, we didn’t have enough traction outside Israel and while we were trying to figure things out, we were running out of money.’

Waze has changed the start-up ecosystem in Israel, now home to around 100 Israeli-founded unicorns – second only to the US.

‘There are way more unicorns than there were ten years ago and potentially Waze was a beacon to the rest of the industry, with many entrepreneurs telling me they want to be bigger than Waze, and I hope that they will,’ says Levine.

Fall in Love with the Problem, Not the Solution: A handbook for entrepreneurs’ (published by Watkins) is out on January 17