Thousands of elderly people have been caught up in a multi-million-pound investment scandal.

But this week the director of Philips Trust Corporation, which has controlled many of these trusts since 2018, admitted the firm had mistreated clients’ money and made potentially inappropriate investment decisions without their knowledge.

Some customers heard about the trusts after visiting their local building society branch to ask for advice about savings.

Others enquired about them after seeing posters advertising will-writing and estate management services.

They were then visited at home by sales staff and convinced to transfer their properties and savings into trusts that claimed to shield their wealth from care fees and inheritance tax.

Experts fear these customers’ homes and investments could be at risk after Philips Trust Corporation, based in Salford, went into administration on April 22.

The firm manages some 2,345 trusts and is the legal owner of 447 properties worth an estimated £94 million. It also has control of £44.4 million of cash and investments.

Customers typically paid an upfront fee of £3,000-£4,000 for the trusts, then faced a host of administrative charges if they needed paperwork signed or to make withdrawals. The firm also charged 1.75 per cent of the property price when their homes were sold.

Yet in a damning document submitted to the High Court of Justice last month, the company’s director made a series of devastating claims that could mean its elderly customers are left thousands of pounds out of pocket.

Kay Collins said the firm had made investment decisions without clients’ knowledge that may not have been appropriate because of their age and need to access their cash. Their youngest client is 60.

She admitted the firm had not kept accurate records of how much and what was held in each trust. And she claimed there had been ‘various instances of co-mingling, pooling and mistreatment of client monies’.

Giving one example, she said that when three properties were sold in 2019 and 2020 for about £800,000, the proceeds were used to repay other trustholders who wanted to withdraw funds, rather than the beneficiaries. 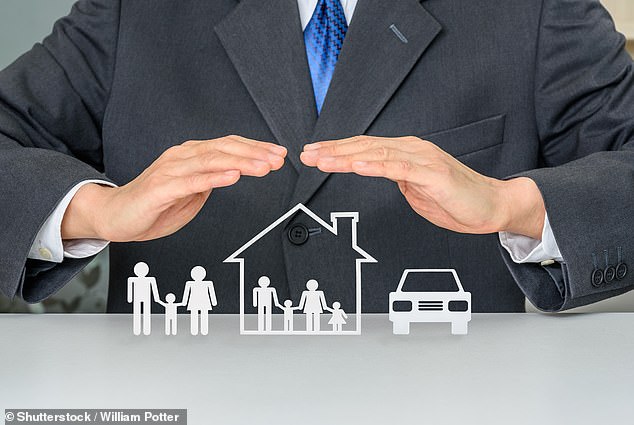 Charges: Customers typically paid an upfront fee of £3,000-£4,000 for the trusts, then faced a host of administrative charges if they needed paperwork signed or to make withdrawals

Ms Collins also stated that the firm had been in contact with the Financial Conduct Authority (FCA), which had received ‘regular and increasing complaints’.

She said the watchdog was investigating allegations that the firm had been carrying out regulated business while unregulated.

Experts say they don’t yet know what this means for customers’ money or whether the firm will be able to return what is owed.

Last week, Money Mail warned how greedy salesmen with no qualifications were flogging trusts that promise to preserve your wealth for future generations.

When customers transfer assets into a trust, they technically no longer own them, as they are in the charge of trustees.

But local councils can still take these assets into account when calculating care bills, if they decide any customer has tried to avoid paying.

There is also no inheritance tax advantage in placing assets into trust if you need to access them in your lifetime — such as a property in which you live rent-free.

Experts say that in this instance, the assets could be included in the value of the estate for inheritance tax purposes and might even be subject to further tax charges.

One 83-year-old widow told Money Mail she put her house into a trust after being referred to The Family Trust Corporation (FTC) by Nottingham Building Society in 2015.

The FTC was later taken over by Philips Trust Corporation (PTC). She says: ‘I really thought I had done everything to protect my only asset, which is my home, and make things easier for my son and daughter to deal with my affairs when I pass over.

‘But I was informed by post last week that the firm has gone into liquidation. I don’t fully understand how that will affect me and my children’s inheritance.’

Another reader says her in-laws were referred to the FTC by Leeds Building Society in 2012 and convinced to put £100,000 of savings and their home into a trust.

When PTC took over the firm, a salesman visited their home and tried to persuade them to move across and invest an additional £20,000, which they refused to do. 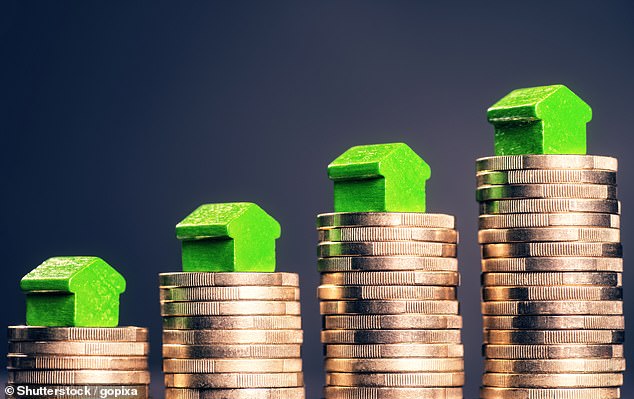 The family reported the firm to the City watchdog in 2018, as they believed they were being given financial advice, which the firm was not authorised to offer.

After initially refusing to step down as trustees, and even threatening to go to the Court of Protection to seize control of the assets, the firm eventually agreed to wind up the trust.

The reader says: ‘My father-in-law kept all his money with Leeds Building Society up until the day he died. He would never have allowed these companies into his house if it hadn’t been for their introduction.

The trust companies then persuaded them to tie up their savings and house in a complicated legal vehicle they didn’t understand and that wasn’t fit for purpose.’

I really thought I had done everything to protect my only asset, which is my home

Leeds Building Society says it is saddened by the problems encountered by customers, but is limited in the help it can give them.

Other readers say they have had to pay thousands of pounds in legal bills to try to untangle the financial mess they were left in. Gary Rycroft, from Joseph A. Jones & Co. Solicitors, in Lancashire, says: ‘Rogue trustees going insolvent is becoming much more common. They are weaving around regulations and it’s customers who pay the price.

‘These companies have very good salesmen with lovely brochures, who make big promises. But when the businesses collapse they leave a big, expensive mess to unpick.’

Former pensions minister Steve Webb, now at consulting firm Lane Clark & Peacock, says: ‘It feels like a loophole. If the trustees are not qualified or regulated, no one is looking after the client or their money. The Government needs to look at this.’

Leeds, Newcastle and Nottingham building societies all introduced members to the firms that were incorporated into PTC in 2018.

It took over customers of Estate Planning Group, which comprised The Will Writing Company (TWWC) and The Family Trust Corporation.

The building societies say they had no partnership with PTC and were not involved in transferring customers, but were aware of complaints.

There is no suggestion of any wrongdoing. A spokesman for Nottingham, which sent letters to 370 customers affected, added: ‘We are extremely disappointed in the lack of resolutions for those impacted, and for the conduct of Philips Trust.’

The firm adds that it did thorough checks when appointing its new estate planning partner, APS Legal, which is a member of the Institute of Professional Will Writers.

Will-writing firms are not regulated by the Solicitors Regulation Authority but a Skipton spokesman says Redstone Wills is a member of The Society of Will Writers and its legal documents are overseen by qualified experts.

An FCA spokesman said: ‘The FCA is aware that Philips Trust Corporation (PTC) has been placed into administration.

The firm is not and has never been authorised. We engaged with the firm following concerns that PTC may have been undertaking regulated activities without the required permission.’

A spokesman for Kroll Advisory Ltd, the appointed administrator, said: ‘The administrators are in the process of contacting all known clients and creditors of the company.’

Dave Robson’s late father, Ronald, was convinced to set up a trust in 2008 by The Will Writing Company, to protect his house from care home fees.

Mr Robson says his father, who was 78 at the time, saw posters in his local Newcastle Building Society branch advertising wills and trusts, and made an enquiry.

It is absolutely diabolical that companies can get away with this. The Government should really do something about it

A salesman visited and charged him a £4,000 fee to put his home and about £100,000 of investments in a trust. But Mr Robson, 65, says the financial product was completely mis-sold.

‘He told us: ‘Put your house in a trust so if you go into a care home, they can’t take it off you.’

‘He then gave us a piece of paper with the company’s phone number on and told us to give it to the council if my father needed care. It happened very quickly.’

At the end of 2016, Mr Robson was alerted by a friend that the trust company was in trouble.

The firm that took over, Philips Trust Corporation, wanted a £275 fee to see him and explain the new set-up, but the former electrician sought legal advice instead.

It then took two years and another £4,000 in solicitor’s fees to untangle the trust.

Mr Robson said: ‘My solicitor told me lots of other people were trying to get PTC to step down as trustees and it was refusing. It was also trying to charge clients 20 per cent of any assets once a person died, which we were never told about.

‘It is absolutely diabolical that companies can get away with this. The Government should really do something about it.’