At least 15,000 sick and elderly Britons have been wrongly denied around £30 million in support, research shows.

It means thousands of patients, including dementia sufferers, could be needlessly selling their homes to pay for care.

Care crisis: At least 15,000 sick and elderly Britons have been wrongly denied around £30 million in support, research shows

Experts say NHS Continuing Healthcare funding (CHC), which supports those with complex, severe or unpredictable health needs, is ‘not fit for purpose’.

It follows a report from the Parliamentary and Health Service Ombudsman (PHSO), which found failings in more than a third of the 150 cases it probed from April 2018 to July this year.

It is hoped the findings could open the floodgates for similar claims.

Families have forked out £30 million after being wrongly denied funds since 2012, according to law firm Hugh James.

Find out the six key steps to success when applying for NHS cash to cover bills for you or a loved one here, and how to challenge the decision if you are turned down here.

The Daily Mail has previously revealed that more than 1,000 seriously ill patients are being stripped of CHC funding each year. Today, our guide will explain how to lodge a successful appeal.

Am I eligible for a refund?

Funding assessments in England are made by local clinical commissioning groups (CCGs), but critics say it is unclear how decisions are made.

Funding eligibility is set out in a National Framework outlined by the Department of Health. Boards in Wales make assessments based on a Government framework.

What does it cover?

The cost of care is fully covered, regardless of the patient’s finances or where the care is given. 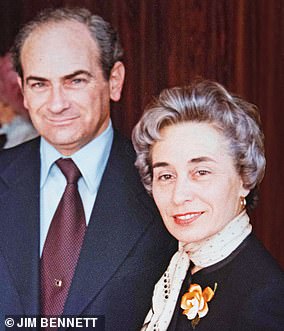 Katherine and Marie-Anne Knight won back around £20,000 on appeal after NHS Southwark CCG wrongly denied funding to their mother.

Suzanne, who passed away in February, aged 92, had lung disease, diabetes, arthritis and dementia – and required 24/7 supervision.

But to her family’s horror she was denied funding in July last year.

They managed to overturn the decision in November with the help of CHC support service Beacon.

NHS worker Marie-Anne, 56, says families ‘have no hope of succeeding’ on their own.

She adds: ‘We were so disgusted with the initial outcome and the way the CCG behaved.

‘We felt the assessor was very dismissive of Mum’s needs. CHC is an absolute minefield. You have to be very strong to do it.’

It apologises for ‘any distress or inconvenience caused to families for initial decisions the CCG has overturned on appeal’.

The first stage is an initial checklist, which will decide whether a patient requires a full assessment of their care needs.

This consists of an appraisal of recent care records and a meeting, which should include the patient and/or their representative.

What is the appeal process?

The decision letter from your CCG should tell you whom to contact if you wish to appeal. You have six months to do so from the date of the letter. It normally consists of three stages:

Fears many missed out on Covid cash

Hundreds of care home patients have been missing out on thousands of pounds of emergency funding due to bungling bureaucrats, Money Mail can reveal.

Anyone discharged from hospital between March and August who required ‘new or extended’ care was supposed to have their costs covered by the State. This was to free up hospital beds by suspending the requirement for patients to have pre-discharge assessments.

In September, the Government said it would continue to fund these patients for six weeks until assessments had been carried out.

But many had their funding withdrawn after a few weeks or before assessments had been completed, according to care experts Beacon. Care bills are around £1,000 a week, so families could be owed thousands of pounds.

Managing director Dan Harbour says mistakes are occurring due to ‘a lack of resources, bad practice and ignorance’.

A Government spokesman says: ‘We are committed to ensuring individuals eligible to receive NHS Continuing Healthcare are identified, assessed and receive an appropriate package of care quickly.

‘We’ve made £1.3 billion funding available to support the discharge process in March, and £588 million in August to continue supporting safe and timely discharge over winter.’

1. A resolution by the CCG, with a meeting and panel review.

2. An Independent Review by NHS England, which can lead to a review of the CCG’s decision by an independent panel of health and social care professionals.

3. Referral to the Parliamentary and Health Service Ombudsman for a full investigation.

How can I pursue a claim?

Appeals are stressful and time-consuming. Only make one if you have clear grounds for success.

Assessments are often carried out incorrectly. For example, if the patient or their representative wasn’t invited to the face-to-face meeting, or given an opportunity to speak, you can appeal.

Did the assessment reflect the patient’s needs accurately? Point out evidence that was not considered.

Appeal if a CCG has considered factors it is not supposed to, such as the ability of the care home to manage the patient’s needs.

Take time to understand why the patient has been assessed as ineligible and refer to the specifics outlined in your appeal letter. Prepare thoroughly and always take notes during meetings.

Pensioner Pete Edmonds was saved from having to sell his mother-in-law’s home after winning back £118,000 in funding.

Ena Thorne, 96, was initially assessed in May 2017, but was deemed ineligible for funding, despite being wheelchair-bound and having Alzheimer’s.

Pete enlisted the help of solicitors Farley Dwek, who lodged an appeal in May 2018. It took until June 2019 for Lewisham CCG to admit Ena was eligible all along.

They were repaid £118,000 in September 2019 after the review concluded the severity of Edna’s condition was underplayed in the initial assessment.

An NHS spokesman said: ‘Continuing health care funding is available to a minority of people whose needs are assessed on an individual level, with guidance on eligibility currently set by the Government and those who are concerned can request an independent appeal review.’