EXPRESS INFORMER > Magazine > How to fashion greener jeans and T-shirts

Take a look at your clothing tags. The brands may be different, but in all likelihood, they share one unfortunate trait: They’re eco-unfriendly.

The problem is that the materials we use the most — cotton and synthetics — are damaging the planet. Growing cotton means heavy use of pesticides, chemicals and water. Even when it is grown organically, cotton still uses a lot of water.

The production of synthetic fibres is also energy intensive and contributes to greenhouses gases, and these items take hundreds of years to biodegrade.

What’s more, we consume a lot of it. Researchers from the Ellen MacArthur Foundation report that clothing production almost doubled between 2000 and 2015. Their research also shows that the number of wears an individual item gets is steadily decreasing. They blame fast fashion — quick-turnaround clothes, at lower prices.

Experts say that varying the materials used to make clothes is crucial to changing the fashion industry’s impact on the environment.

“We have to introduce other fibres that aren’t so reliant on water, that are freer in their growth so we’re not robbing our own resources,” said Rachel Miller, studio head of textiles at Sheridan College in Oakville, Ont. “Because we can’t keep going like this.”

Hemp, flax and nettle, for example, are all low-impact alternatives — they can be grown even in areas with poor soil and are biodegradable. Miller said she is seeing “a higher dependency” on such lower-impact fibres from clothing makers.

One such company is Canadian/Australian startup ANARA, which is making hemp-based denim. Co-owner Jamieson McCormack said other brands “were coming out with their own denim, recycled denim, and Japanese fabrics that are quite sustainable. But nobody had done anything with hemp.”

McCormack said reducing the environmental impact of clothing production is a top priority for ANARA. “We want to be an example that you don’t have to take the easy route,” she said. 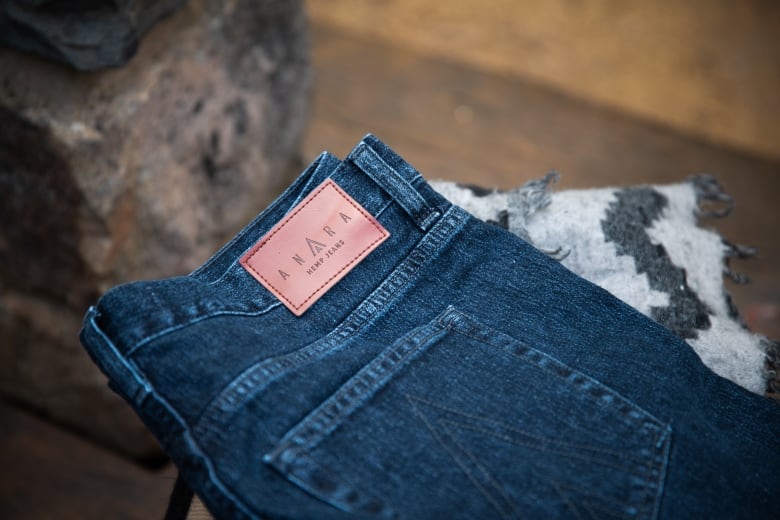 Hemp fabric is more durable than cotton and has antibacterial properties. (ANARA)

‘Non-conventional’ fibres can be the key

McCormack explained that hemp does not deplete the soil of its nutrients as quickly as cotton. That’s partly because of the intense irrigation required to grow cotton. Water carries away nutrients from the soil in runoffs, making it harder to grow future crops.

Hemp also uses less water. A study by the Stockholm Environment Institute shows that one kilogram of cotton — enough to make a T-shirt and a pair of jeans — uses almost 10,000 litres of water. One kilogram of useful hemp fibre requires 343 litres.

The hemp fabric is also more durable and has antibacterial properties, which means fewer washes, more wears and a longer life for the garment. Miller notes that hemp doesn’t need the same amount of chemical processing to turn it into a fibre as other fast-growing plants, such as bamboo.

There’s only so far you can go before the soil’s just going to die on you. – Anika Kozlowski

ANARA’s jeans are made of 54 per cent hemp, 44.5 per cent organic cotton and 1.5 per cent spandex. While she would like the product to be completely made from hemp, McCormack said that if it wasn’t made from a mix of materials, the fabric would lose that classic denim look and feel.

She said this is essential, because the goal is to replace what people would normally buy with something that feels the same, but is more eco-friendly and lasts longer.

A report by the non-profit Global Fashion Agenda recommends using “non-conventional” fibres such as citrus juice and kelp to ensure a broad range of materials.

Going non-conventional can mean using material that would otherwise be wasted. For example, cocona, the activated carbon from discarded coconut shells, is used in activewear, such as some moisture-wicking Adidas jackets. U.K. startup Ananas Anam makes leather from pineapple leaves, which would normally be discarded during the harvest.

Pineapple fibers from the PH make their way to global fashion thru the progressive natural textile innovation Piñatex™ by Ananas Anam <a href=”https://t.co/48DCBfJtoo”>pic.twitter.com/48DCBfJtoo</a>

For the long term, industry watchers say a range of materials is needed. Anika Kozlowski, assistant professor of fashion design ethics and sustainability at Ryerson University, explained that relying on one or two types of crops is risky for agricultural producers.

She said that climate change, flooding and erratic weather patterns are leading to an unpredictable availability of product. This means a potential rise in material costs and uncertainty for the livelihood of producers.

“We push farmers,” Kozlowski said. “And there’s only so far you can go before the soil’s just going to die on you.”

Another major issue is the availability of water. Major cotton-producing countries like China and India are suffering from water stress. People who study the fashion industry say that the future could lead to a scary situation for farmers, as continuing production could jeopardize a secure source of drinking water. 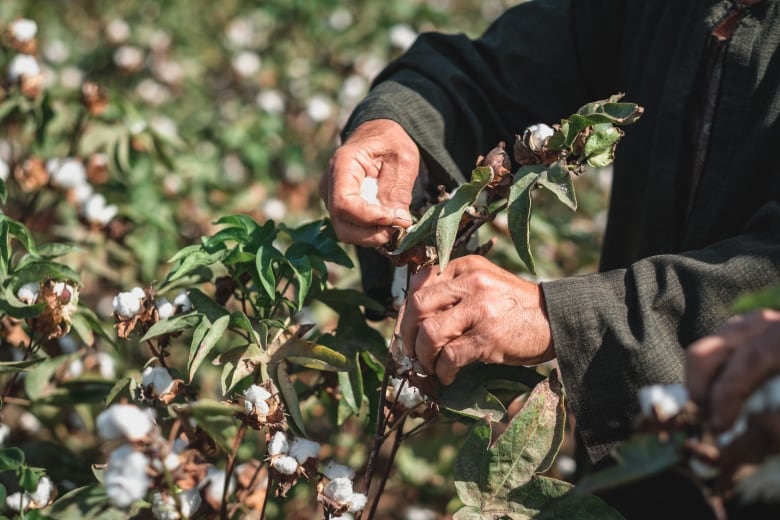 The company Kotn uses Egyptian Giza cotton, which only grows in the Nile Delta. Its fibres are longer, which allows for finer, more durable and absorbent yarn. (Kotn )

Canadian-Egyptian company Kotn is trying to confront this dilemma. They have signed on as a Certified B company, which means they’re required to meet certain environmental, social and transparency standards for their clothing.

Kotn works directly with small farms in Egypt who lost their livelihood because of the turn toward fast fashion (as well as poor central planning). Kotn’s co-founder, Rami Helali, said he’s “trying to make sure we’re making the best decisions for the planet and the people who live in the region.”

What makes this cotton more eco-friendly is that it lasts. Because of their short fibres, fast-fashion cottons can fall apart or get twisted after the first wash. Kotn uses Egyptian Giza cotton, which only grows in the Nile Delta. Its fibres are longer, which allows for finer, more durable and absorbent yarn.

Kotn uses non-harmful dyes and fertilizers and provides the farms with agricultural consultants. Helali says these consultants are working on ways to better manage water usage.

While industry watchers say production methods can and should become more sustainable, one key message is that consumers should simply try to buy less.

“If we’re still consuming at the same rate, that doesn’t solve the problem,” said Kozlowski. “The best thing you can do is buy something that you’re going to own for a really long time and know how to take care of it.”