Saved by a real-life blood hound: How Senna the dog was hours from death when Lottie came to the rescue with a transfusion

By Andrew Levy and Danny Buckland For The Daily Mail

Her eyes may be bright and alert now, but Senna was hours from death only recently after being diagnosed with a rare blood condition.

Vets had tried everything from antibiotics to drips to halt her decline, save for one last treatment – a real-life blood hound.

Thanks to a donation of blood from Lottie, Senna was given a transfusion that ‘re-booted’ her immune system – and saved her life.

Senna the vizsla, left, had an incredibly rare blood condition and required a blood transfusion from Lottie the Airedale terrier, right, in a pioneering treatment

The wire-haired vizsla and Airedale terrier met for the first time this week and, after having a good sniff of one another, got along famously.

The Royal Veterinary College’s Queen Mother Hospital for Animals in Hertfordshire, where the transfusion took place, brought them together to raise awareness of vital canine blood banks.

During the pandemic, donations dropped by 40 per cent – potentially hampering vets who carry out thousands of complex procedures every year. 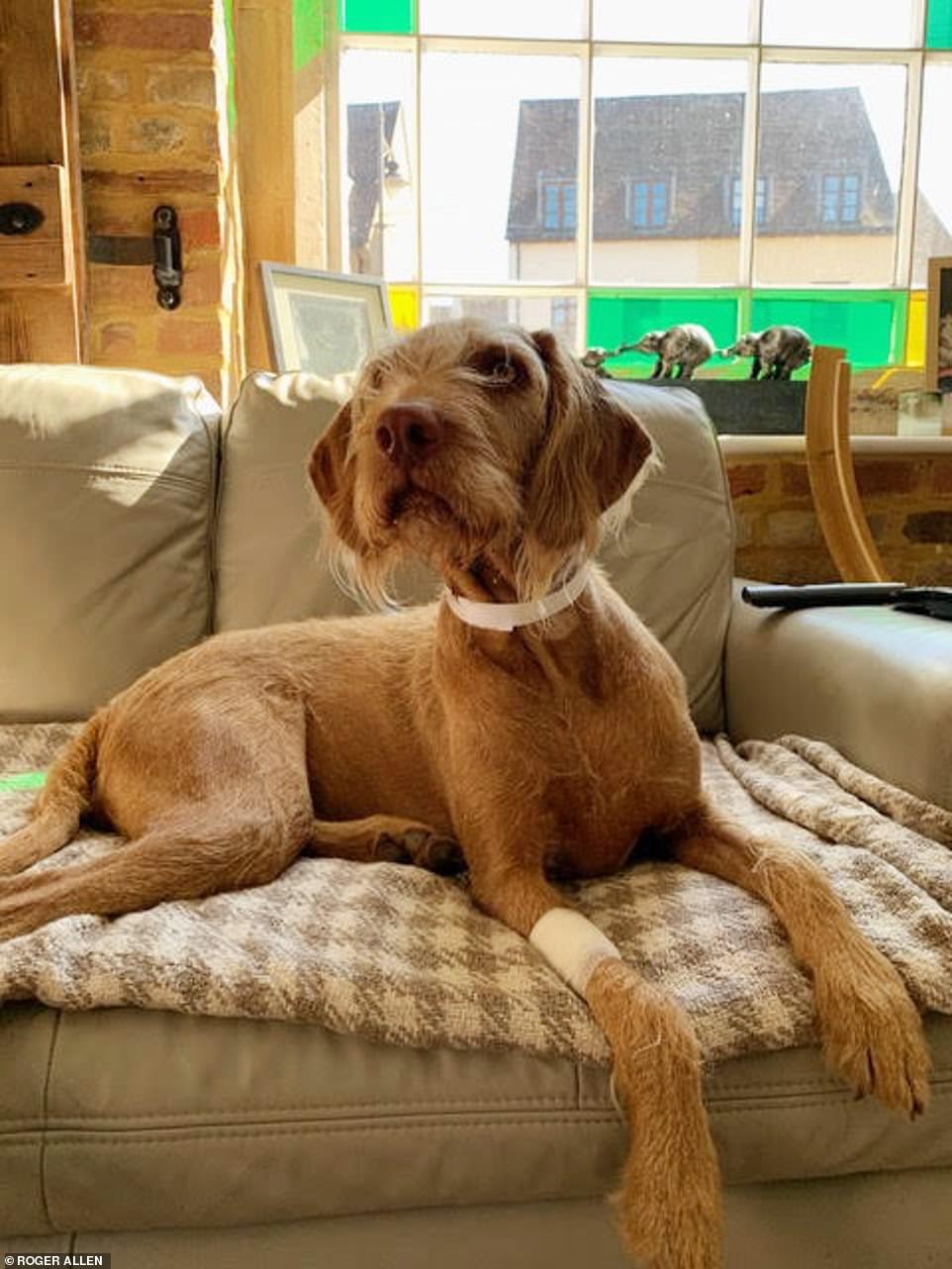 Vets had tried everything from antibiotics to drips to halt Senna’s decline, save for one last treatment which they used with the pet only hours from death

The travel consultant and her engineer husband Paul, 57, realised Senna was ill two years ago. She had immune-mediated haemolytic anaemia, which causes a dog’s immune system to destroy red blood cells, leading to organ failure.

‘She had become totally lethargic. It was horrible to witness,’ said Mrs McKeown, from Ware, Hertfordshire. Senna was estimated to be 12 hours from death when the emergency transfusion took place.

Mrs McKeown said: ‘We took her in for the operation during the pandemic, so had to leave her at the door. It was traumatic. I didn’t know if we would see her again.’

Lottie’s owner Angela Jarman is a blood donor herself and volunteered her pet when she heard about the need for canine blood. Airedales are among the breeds with DEA 1 negative blood type that can be given to all dogs. 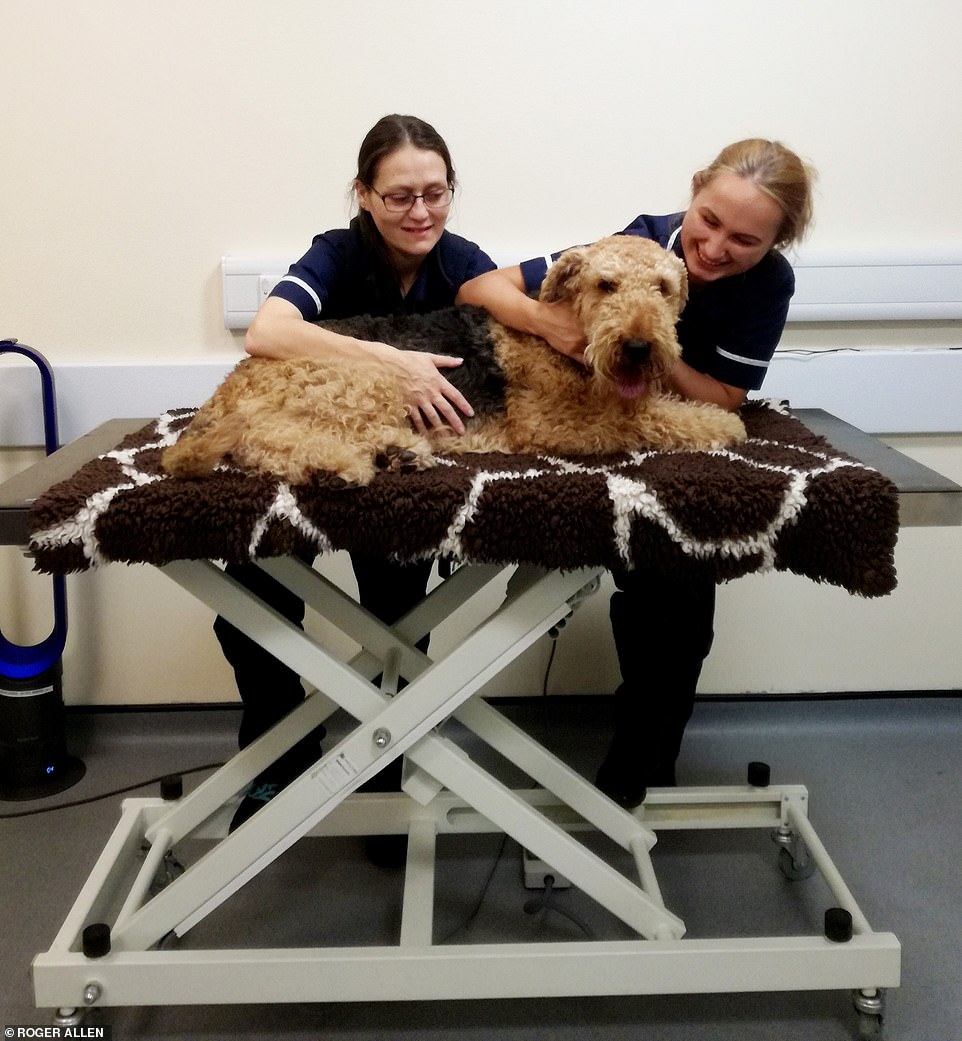 The Royal Veterinary College’s Queen Mother Hospital for Animals in Hertfordshire, where the transfusion took place, brought them together to raise awareness of vital canine blood banks

Lottie has now given blood six times and wears a red bandana to show that she is a registered donor.

Mrs Jarman, 50, a glass artist who lives with climbing instructor husband Paul, 50, and their daughter Flora, ten, in Welwyn Garden City, said: ‘Lottie loves giving blood. She knows she’s going to be made a fuss of.

‘It only takes about 40 minutes and the dogs feel nothing. She gets a bandage around her neck where the blood was taken and a bowl of sausages as treats.’

Donor dogs typically weigh over 20kg and can donate every two months until they are eight.