Wharf Road in St Ives, Cornwall, is home to a host of colourful businesses. But today they have one thing in common: a ‘staff wanted’ sign taped to their windows.

Summer is approaching and the seaside town is bracing for an influx of tourists. Yet there aren’t enough locals living in the area to staff the pubs, cafes and shops.

This is because St Ives has become a haven for second-home owners and Airbnb holiday lets, meaning few people stay all year round.

Hotspot: St Ives in Cornwall is one of the many UK holiday destinations where locals have been priced out of the market

Local councillor Andrew Mitchell is exasperated. ‘During the council elections last May, I went out leaflet-dropping in the town and found I was knocking on houses with nobody inside,’ he says.

‘I had more than 1,000 leaflets left over in the end. Something needs to change.’

The situation in St Ives is replicated in holiday hotspots all over the country.

Last week, residents of the Yorkshire fishing village Robin Hood’s Bay hit the headlines after complaining they have been driven out by incomers snapping up properties.

In the Cornish seaside village of St Agnes, a home was defaced with graffiti which read: ‘Second-home owners, give something back: rent or sell your empty houses to local people at a fair price.’

The frustration is so great in Wales, its government has slapped second-home owners with a 300 per cent council tax hike from next year.

And 25 of Scotland’s 32 councils have already removed a 10 per cent council tax discount on second homes.

Politicians and campaigners say the pandemic has brought the conflict to a head, with wealthy property investors vilified for fleeing to the countryside during lockdown.

Tempers flared again over the bank holiday weekend as residents in tourist meccas hit out at rich Londoners for flocking to their holiday homes and treating the towns like ‘Chelsea-on-Sea’.

I’m helping to bring the tourists in 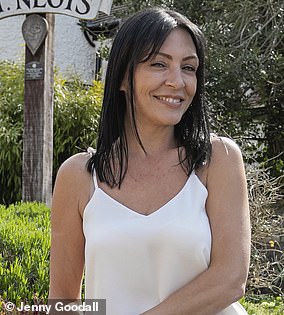 Investment: Vicky Borman is in the process of buying a second home in St Neots, Cambridgeshire

Vicky Borman is in the process of buying a second home in St Neots, Cambridgeshire, to let out as an Airbnb.

The 43-year-old defends holiday-let owners, insisting they bring tourism to the area.

Mrs Borman is paying £165,000 and is due to exchange in the next few weeks. She estimates she can earn up to £2,800 a month from letting it out to tourists.

She says: ‘By setting up an Airbnb we’re bringing in more tourists and I definitely intend to promote local businesses to them.’

Mrs Borman lives in St Neots, so she already pays council tax on her first property.

She believes it would be unfair if she had to pay even more on her second one. ‘People think if you can afford a second home, you can afford higher taxes, but that’s not necessarily true. My husband and I are self-employed, so this property is our pension.’

Priced out of my own home town 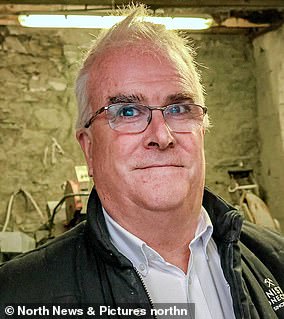 Brendan Donnelly was born and raised in Coniston, Cumbria, and runs his business there.

But the 60-year-old must commute from Staffordshire, as he is unable to find any affordable properties in his home town.

He believes higher taxes for second home-owners are needed.

He says: ‘You have to tax somebody to make it work.

‘It’s not just the prices. There are no houses available because rich buyers hire intermediaries who find them properties before they even make it onto the market.’

Mr Donnelly wants to expand his slate business, Coniston Stonecraft, but says there are too few locals to make up his workforce.

He says: ‘There are none of the local skilled workers left in Coniston. If nothing is done soon, we are going to end up as a dead village.’

Priced out of hometowns

Restrictions on foreign travel over the past two years gave rise to the staycation boom, with more and more Britons holidaying at home.

This, in turn, prompted renewed interest in the holiday-let market, as second-home owners sought to cash in.

Furthermore, the recent property boom sparked by the stamp duty holiday and a nationwide ‘race for space’ has led to house prices in rural areas soaring.

Research by estate agent Hamptons in spring last year found that house prices in rural areas were growing nearly twice as fast as in cities. This has been devastating for locals, who are increasingly being priced out of their home towns and villages.

A report by the countryside charity CPRE found there had been an almost 1,000 per cent increase in properties being used as short-term holiday lets — forcing up prices and leaving locals in despair.

Campaigning body First Not Second Homes regularly stages demonstrations to voice their frustration. Locals turn up to events carrying placards that bear messages such as ‘Evicted for Airbnb’ and ‘Seven years on the housing list’.

In Cornwall the average salary is £31,471, according to data from the Office for National Statistics (ONS).

But figures from Rightmove show that the average price of a property in St Ives has reached £429,188 — just under 14 times local incomes. 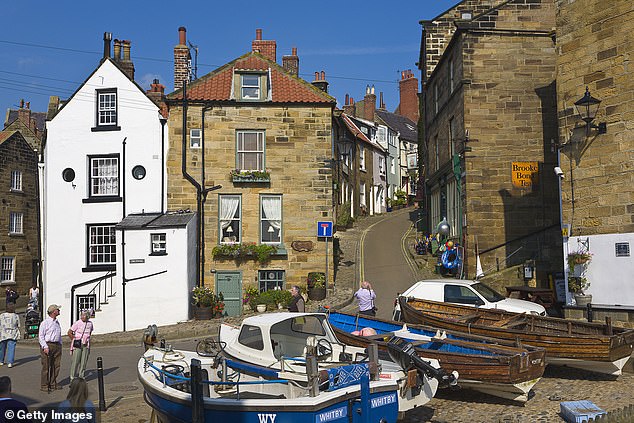 Last week, residents of the Yorkshire fishing village Robin Hood’s Bay (pictured) hit the headlines after complaining they have been driven out by incomers snapping up properties

It is a similar story in Coniston, in the Lake District. House prices stand at an average £608,222, according to Rightmove, having risen by 62 per cent in the past decade.

But average annual workplace earnings across South Lakeland were £26,193 in the year to September 2021, ONS figures show.

Not only have locals been priced out of buying homes in the Cumbrian area but they struggle to rent, too.

Tim Farron, MP for Westmorland and Lonsdale, says the private rental market in his corner of the Lake District has been ruined by rich landlords snapping up properties for holiday lets.

This is because they can charge up to hundreds of pounds more per night than if they rented them to ordinary tenants, and there are fewer regulations.

Mr Farron says: ‘We have seen a huge increase in people buying up properties to use as holiday lets.

‘But it means that private tenants with good incomes are being evicted because landlords can make better money letting properties as Airbnbs.

‘Recently I’ve seen a teaching assistant with a child get evicted and they can’t find anywhere else to rent so they had to give up their job.’

The result is that towns and villages end up with a depleted workforce and a lack of community.

‘Soon people will be holidaying in these beautiful parts of the country but they will struggle to get a bite to eat because there will be nobody to serve them,’ says Mr Farron.

Many attempts have been made to clamp down on second-home owners and those running holiday lets.

Second-home buyers already incur a surcharge of 3 per cent on top of the normal rate of stamp duty. In Scotland, buyers pay an extra 4 per cent on second homes.

But some parts of the country have gone further. St Ives became the first place to introduce a ban on new-build properties being sold as second homes in 2016. Similar moves have been mooted in areas including Norfolk and Brighton.

But the restrictions have failed to produce the desired results.

A 2019 study by the London School of Economics (LSE) found the ban in St Ives had backfired, as it intensified housing competition and pushed out local construction.

In the three years after it was introduced, prices for new-build homes fell by 13 per cent but those for existing properties increased by 7.7 per cent.

Locals were therefore priced out even further from older homes in their own neighbourhoods.

On top of that, the ban meant new homes were less lucrative for developers, prompting them to go elsewhere.

While there is no easy solution to the crisis, the general consensus is that greater taxation is needed.

Currently, a loophole exists which allows second-home owners to avoid paying council tax and gain access to small business rates relief by simply declaring an intention to let the property out to holidaymakers.

However, there are concerns that many never actually let their homes, leaving them empty while the owners unfairly benefit from the relief. In effect, they are able to enjoy local resources such as waste collection and police services without paying a penny for them.

Ministers have already announced plans to close this loophole. However, councillors in Cornwall say this is not enough.

They believe second-home owners should pay several times the amount of council tax paid by locals in the area.

Councillor Thalia Marrington, who looks after Mousehole, Newlyn and St Buryan, says: ‘I think it is only fair that second-home owners pay around two or three times the normal rate of council tax.

‘It is a complicated issue because obviously tourism is hugely important to Cornwall.

‘But it is frustrating when people fill up towns in the summer months and don’t treat them as home.’

All eyes, then, are on Wales to see how the 300 per cent council tax rise plays out for second-home owners.

In defence: Saving the ‘ghost villages’

The holiday lettings industry has hit back at claims it is ruining Britain’s beloved beauty spots. Martin Sach, chief executive of the Holiday Home Association, says: ‘Nobody wants to see ghost villages, least of all the tourism industry.

But the boom in staycations created by the pandemic has been great news for the British economy.

‘People must bear in mind that tourism is a force for good for local economies and brings lots of jobs.

‘More regulation is of no benefit to anybody.’

He adds that holiday lets are very different from second homes which are only occupied for a few weeks of the year by their owners.