‘Our web traffic went up 100pc’: How one hairdresser is boosting business after Covid by advertising on MailOnline

For high street bricks and mortar businesses, the impact of multiple lockdowns has been devastating – leaving many SMEs struggling to survive.

Before the pandemic hit, trade was booming for Tom Hallahan, 32, who opened Aitch & Aitch hair salon in Beckenham, Kent, five years ago.  He had a team of 35 experts, was open every day, and saw about 200 clients a week.

Then in March 2020, Tom and other non-essential shop owners were told to close their doors.

‘We went from taking an average of £50,000 a month to nothing, but I still had to pay wages. It ate through all the reserves I had pretty quickly,’ he said.

Tom Hallahan, of Aitch&Aitch hair salon in Beckenham, Kent, worried about his staff

‘When they announced the furlough scheme I remember crying. I thought “At last there’s an option so I don’t have to let everybody go and close the doors forever”.’

After losing out on what’s normally the busiest time of the year by having to close over Christmas, Tom reopened his salon in April this year – around the same time MailOnline’s new advertising platform Ad Manager launched.

Ad Manager has been designed to help SMEs, which have been the hardest hit by lockdown, target local customers with an incredibly easy-to-use system – and it takes just minutes to set up.

It allows small businesses to advertise on the UK’s biggest, most engaged newsbrand, and a campaign can be live in less than 24 hours – all at an affordable cost.

When Tom reopened Aitch & Aitch (aitchlondon.com) on April 12, the salon was fully booked for weeks, however, he noticed numbers starting to drop after that.

He said: ‘The Ad Manager campaign came at the perfect time for us. I found the platform pretty easy to use, and I’m not that talented on a computer.

‘It’s really good. I was able to do quite a wide advertising campaign.

‘But even if your budget is restricted, there are some great tools on there so you can really target it down and reach the right audience.’

Tom said throughout his week-long Ad Manager campaign, he noticed a surge in interest both on and offline.

‘The phone has rung more, and we’ve seen a huge increase in the amount of new customers – including people who live locally but who used to get their hair done close to where they work; now they’re working from home, they’re giving us a try. 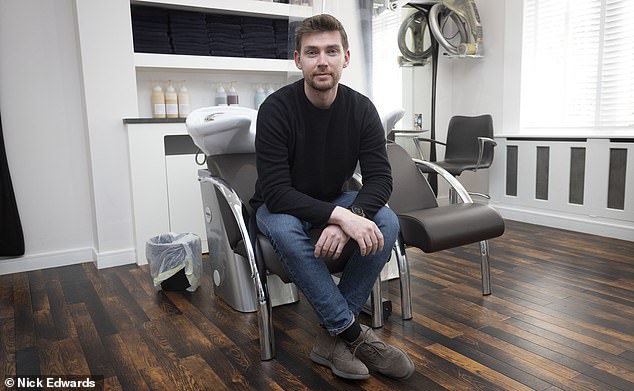 Back at work: Tom says he and his clients now feel optimistic about the future 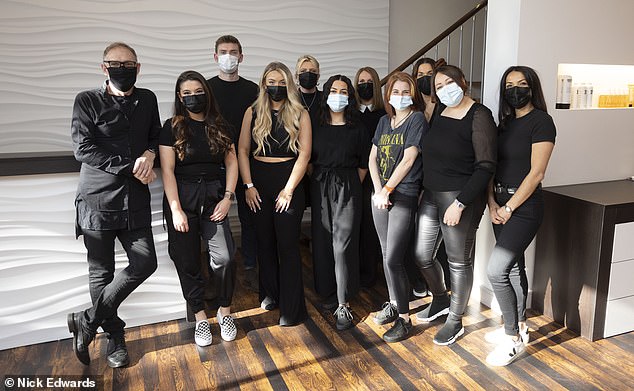 ‘Lockdown has been really, really tough but I feel optimistic – I think our clients do, too. People feel there’s an end in sight.

‘I’m hoping we can get used to some sort of normality now. But, most of all, we’re still here! And we’ve been extremely busy.

Advertising on MailOnline with Ad Manager is cheaper than Facebook, and it allows you to target more people in your area than your local titles can reach.

Most of all, you’re in control – from the budget to the creative design. You decide how many of our 25 million consumers you would like to reach, and how – by postcode, interests and life stage.

Here’s how you can advertise YOUR small business on MailOnline: