Former North Melbourne AFL star Jason McCartney was fortunate to escape with his life following the Bali bombings in 2002 – he then became a public face of the tragedy when all he wanted was to recover in privacy.

Now the list manager of the GWS Giants in Sydney, McCartney suffered severe second degree burns to over 50 per cent of his body almost 20 years to the day in Indonesia.

The now 48-year-old was drinking at Paddy’s Bar when the first bomb exploded – and pandemonium followed.

Twenty seconds later, a second – and much more powerful – car bomb hidden inside a white van was detonated by a suicide bomber outside the Sari Club.

Former North Melbourne AFL star Jason McCartney was fortunate to escape with his life following the Bali Bombings in 2002 (pictured, after his triumphant return to the sport in 2003) 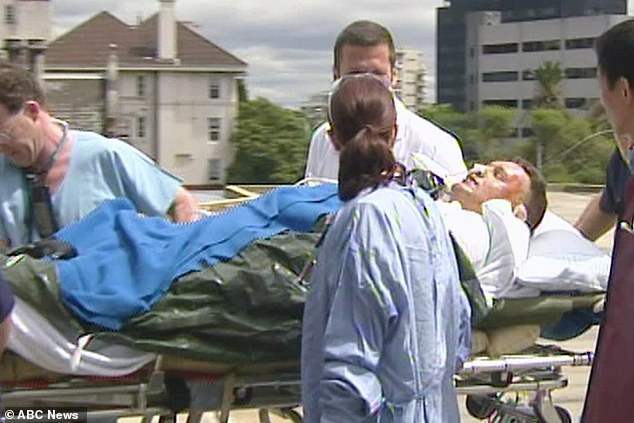 When the AFL star returned to Melbourne for more surgery, he almost died on the operating table

McCartney was flown back to Melbourne for more treatment – and with shocking injuries, almost died on the operating table at The Alfred.

His status as an AFL star ensured his agonising recovery generated plenty of attention – which McCartney didn’t want, but accepts is ‘part and parcel’ of being a professional athlete.

‘There were moments where I was in excruciating pain and putting on a brave face – but constantly being followed,’ he told the ABC.

‘I wanted no spotlight, but as an AFL footballer, it’s part and parcel of the gig.

‘When your story is so public, you can’t do anything about it.’

Then in one of the more remarkable global sporting stories, McCartney returned to the AFL on June 6 in 2003.

In emotion-charged scenes, the veteran key forward lined up for North Melbourne against Richmond at Marvel Stadium, then known as Docklands Stadium. 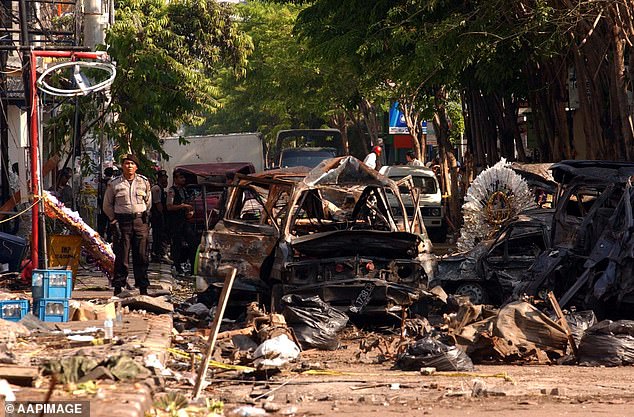 A total of 202 people lost their lives during the bombings, including 88 Aussies on October 12 in 2002 in Bali 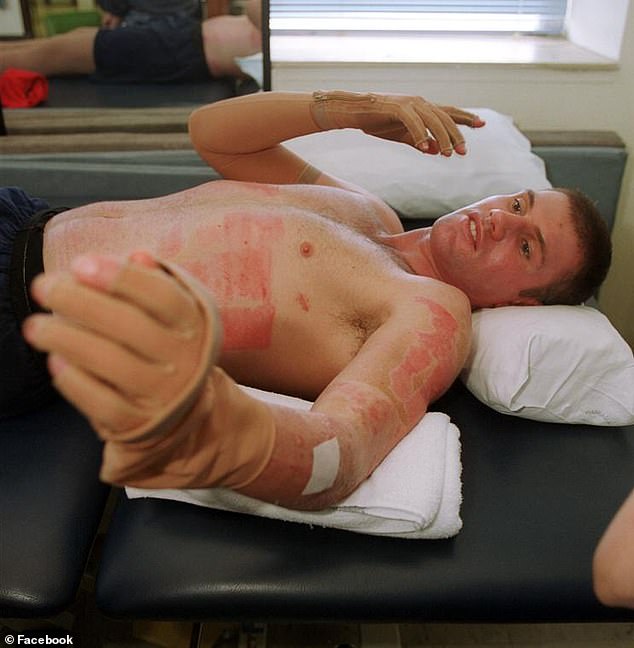 McCartney suffered second degree burns to over 50 per cent of his body and ahead of the 20-year anniversary, has stressed the importance of being supportive to survivors

McCartney kicked a goal in the three-point win and promptly retired at fulltime, elated to hang up his boots on a good note.

With Wednesday marking 20 years since the Bali bombings, McCartney knows the survivors are all coping differently.

‘I’m really comfortable discussing it because I was in the spotlight [as an AFL player],’ he said.

I’ve spoken about it over and over and I know it’s helped me with that recovery phase.

‘I think the best thing people can do is just be conscious that everyone deals with things very differently.

‘It’s just about being really caring and supporting.’