In an emotionally-charged acceptance speech at last night’s Golden Globes, for her role in The White Lotus, Jennifer Coolidge left the audience dabbing away tears after she paid tribute to those who’d given her all the ‘little jobs’ that kept her career going.

The actress, 61, who was born in Massachusetts but now lives in New Orleans,  scooped her second major award, following a 2022 Emmy for the same role – as Best Supporting Actress – in a career that has spanned four decades.

During her moment on stage, she told the audience that the ‘dreams and expectations’ she had in her youth has been ‘fizzled out by life’ and thanked those who’d kept her career alive with ‘little jobs for 20 years’.

The star, who has appeared in bit-part roles in everything from Seinfeld to Friends, as well as roles in teen flicks Legally Blonde and American Pie in the early noughties, has been candid about her battles with infertility, depression and weight-gain during the lockdown.

A delighted Jennifer Coolidge, 61, scooped Best Supporting Actress Golden Globe for The White Lotus in LA on Tuesday – she thanked all those who’d given her the ‘little jobs’ along the way that had kept her career going

Certainly reaching for a tissue was The White Lotus creator Mike White, who cast her in the role of Tanya McQuoid in the series which has been described as a ‘social satire following the exploits of various employees and guests’ at a hotel in Sicily over the course of a week.

White said that the actress had inspired the whole series, telling The New York Times: ‘I just wanted to write something for her and I just adore her.’

Coolidge, who is officially single but is thought to be dating long-term love Tom Mahoney, said the success of her most recent role had ‘changed my life in a million different ways’ – joking that she was suddenly getting party invitations galore from her neighbours.

She also thanked pop star Ariana Grande, who featured her in the video for her 2019 hit Thank U, Next, saying the appearance had ‘changed a lot for me, sort of overnight’.

She joked: ‘I blame her, and I (don’t know) maybe people are just like “She’s still alive, whoa, give her a salute”‘. 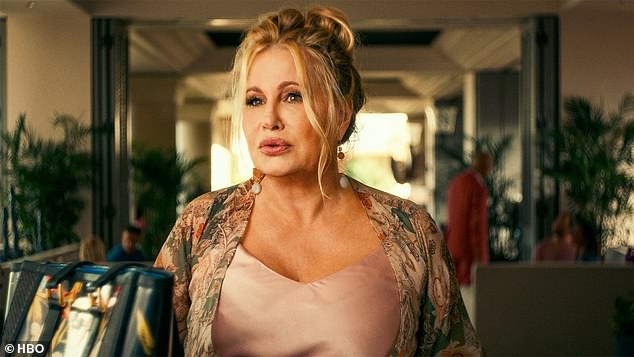 Her show-stopping turn as Tanya McQuoid, a hard-to-like rich woman lost in the grief of losing her mother, in the HBO Max series almost didn’t happen; Coolidge has previously revealed that she almost turned the part down due to depression and weight gain following the pandemic lockdown.

Speaking to The Australian last year, the 61-year-old admitted that she was ‘depressed and massively overeating’ while quarantining throughout 2020.

She explained: ‘I just felt like it was the darkest time and I never thought we would really come back from it. I was just thinking, “Who do I leave my things to?”‘.

Coolidge also revealed that she and her assistant were eating four vegan pizzas a day during quarantine, and the weight gain made her feel self-conscious about filming the programme. 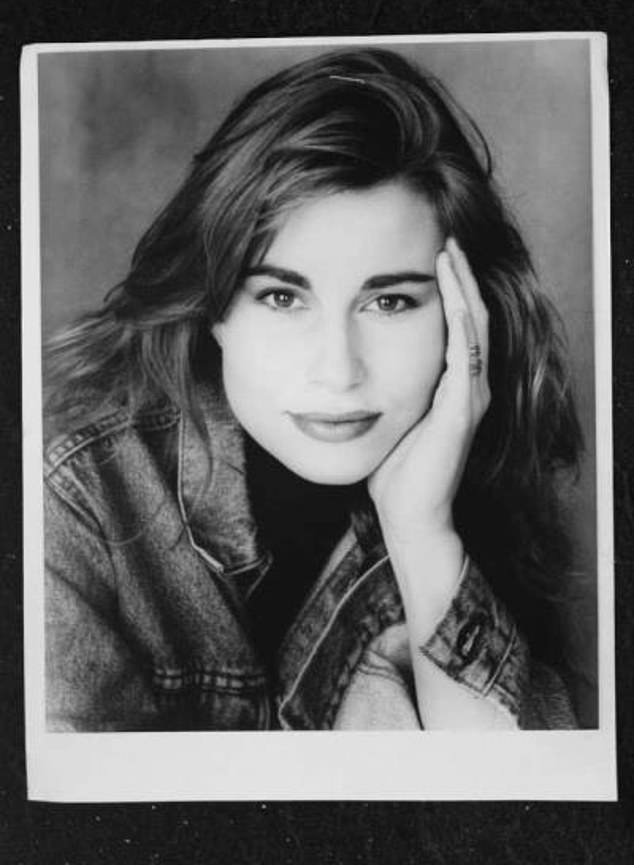 Dreams: In her acceptance speech at the Golden Globes on Tuesday, Coolidge revealed how the dreams she had as a young actress didn’t materialise in the way she thought they would. Pictured: Coolidge as a student at the American Academy of Dramatic Arts in New York City 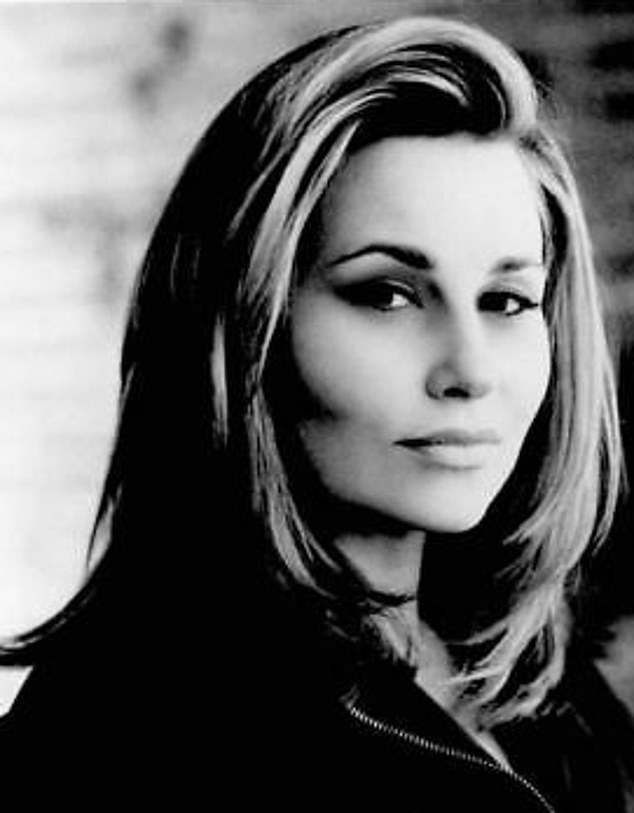 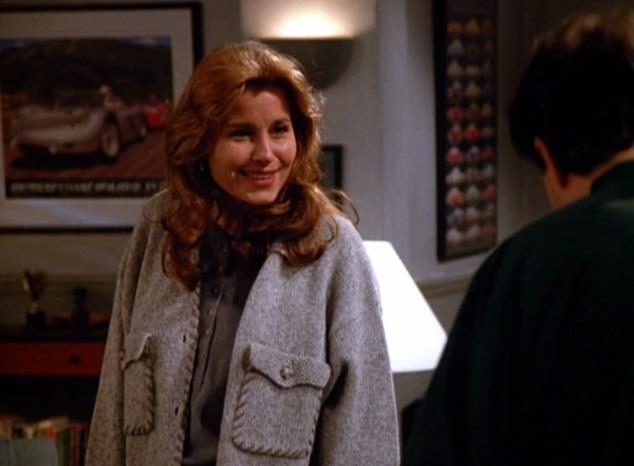 Jodi in Seinfeld: In her twenties Coolidge’s career was all about bit-parts and cameos 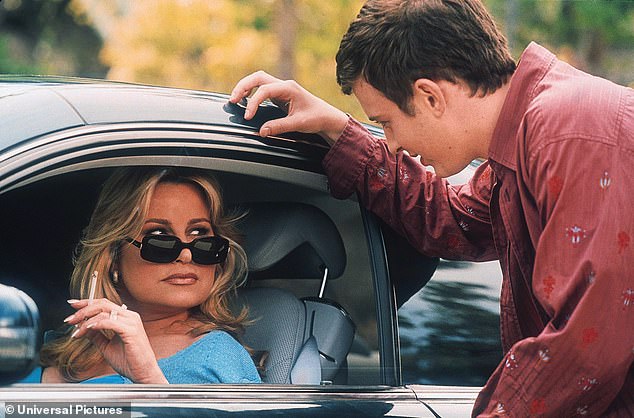 In 2001, the comedy character actress was cast as Stifler’s mom in American Pie 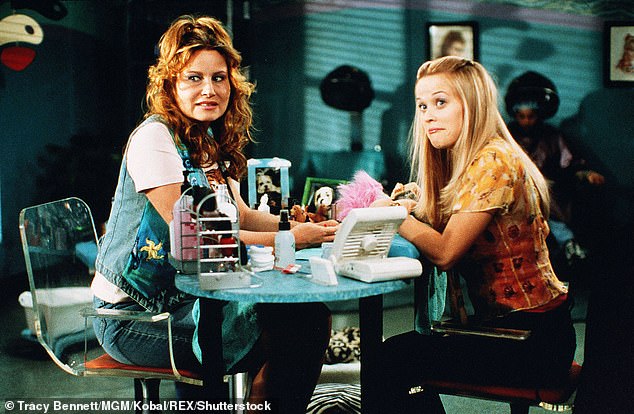 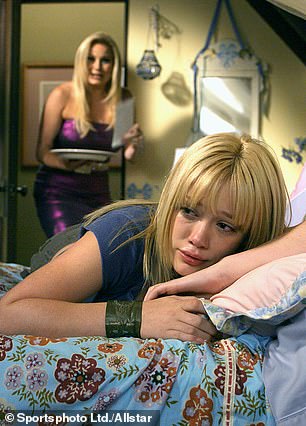 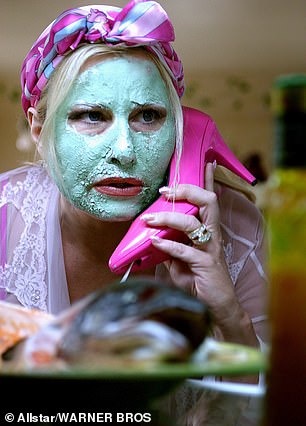 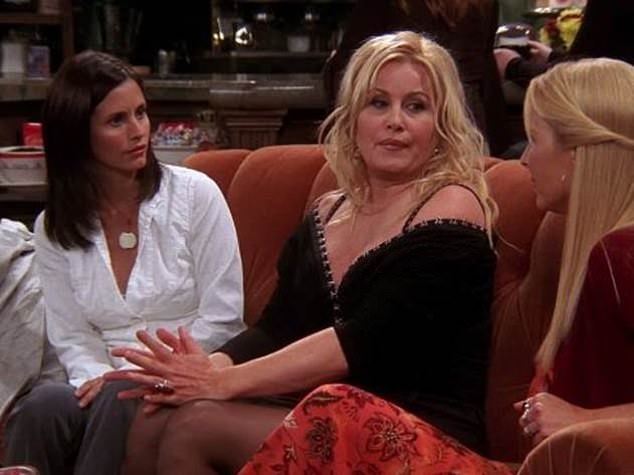 The One With Ross’ Tan: Coolidge played Amanda Buffamonteezi in a single episode of Friends in 2002 – and also picked up a role in Friends spin-off Joey

She told The Guardian: ‘I’d been gorging and self-destructing at home for months, eating pizza all day. There was no way I wanted to be on film unless they shot me from the neck up. I’m sort of vain, so there was no f***ing way,’ she said.

Referencing her early ‘dreams’ for stardom as a young actress in her acceptance speech, Coolidge added that she thought last night’s success might never come as she got older.

Born in Plymouth County, in Massachusetts in 1961, the aspiring actress pinned her hopes on being a major Hollywood star early on, enrolling at the American Academy of Dramatic Arts in New York City in her late teens. Whilst in the Big Apple, she worked as a waitress alongside another aspiring star, Sandra Bullock. 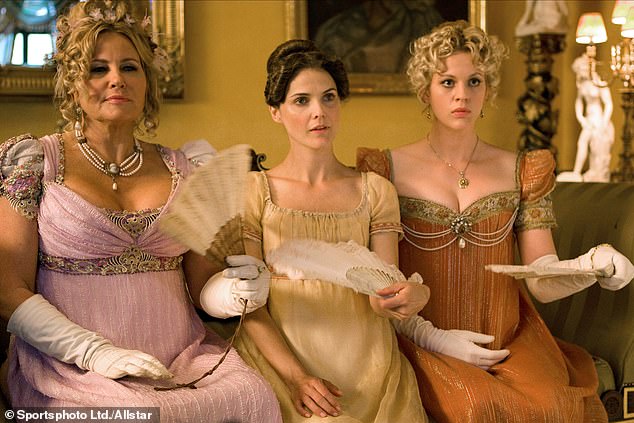 In 2013’s Austenland – it would be almost another decade before Coolidge would hit the big time in her seventh decade, after being cast in The White Lotus

After her dreams of being a dramatic actress derailed, she plumped for comedy, joined improv troupe the Groundlings.

Moderate success eventually came but not in the way Coolidge might once have hoped; a cameo as Jodi in Seinfeld paved the way for bigger comedy character roles, with the actress cast as Stifler’s mom in American Pie making her a familiar face with teenagers everywhere.

Similar roles followed in Legally Blonde, 2001, and she headed to Central Perk in 2002 – Coolidge played Amanda Buffamonteezi in The One With Ross’ Tan in 2002 – and also picked up a role in Friends spin-off Joey. 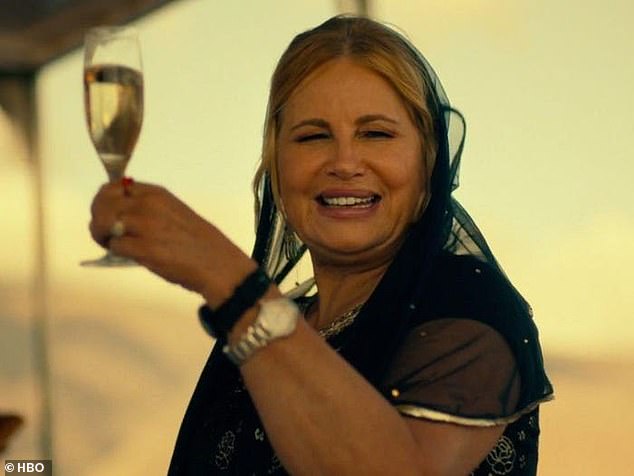 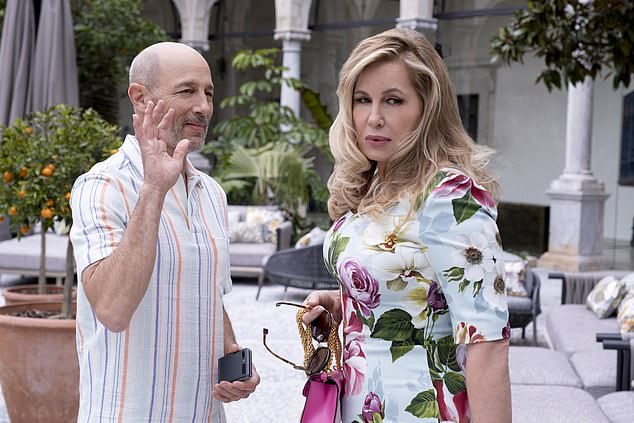 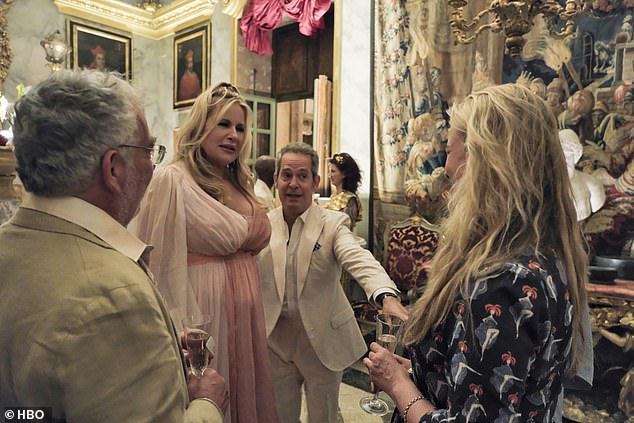 Sicilian drama: Coolidge picked up an Emmy for her role as Tanya – and now adds a Golden Globe to her collection

The star, who’s now set to get the pick of roles following her Golden Globe success has spoken honestly about her fertility; describing herself as ‘barren’ in an interview with Buzzfeed. She told the publication: ‘I don’t have any children. I was barren.’

When it comes to romance, she remains officially single, although is thought to have been in a long-term relationship with Tom Mahoney.

Previous dalliances, although never confirmed, include dating Chris Kattan – he referenced her in his Baby, Don’t Hurt Me memoir, writing that she was a ‘tall, messy, sexy, tough, charmingly crass Boston native bombshell.’

It is the two series of The White Lotus that have propelled her to a new level of fame though, with a Golden Globe to add to her Emmy.

Golden Globes 2023 WINNERS: Jennifer Coolidge the comeback queen leads big night for The White Lotus and House Of The Dragon scores too…