Mask mandate advice from the team behind Victoria’s Chief Health Officer Brett Sutton has been shunted as the state deals with rising Covid case numbers.

Mr Sutton’s team – headed temporarily by Ben Cowie while Mr Sutton is away – recommended masks be made mandatory in early education and retail settings.

But new Victorian Health Minister Mary-Anne Thomas said she would not follow through on the advice.

‘The Chief Health Officer has provided his advice and I have accepted his advice, except that I have chosen not to extend mandates for mask wearing,’ Ms Thomas said.

Instead the minister has emphasised personal choice in the wearing of masks.

‘Wearing a mask, getting up to date with your vaccinations and ensuring indoor areas are well ventilated are small but effective steps Victorians and businesses can take to manage their own Covid-19 risk this winter,’ she said.

Dr Roderick McRae, Victorian president of the Australian Medical Association, told the Herald Sun too much emphasis was being put into adhering to the state’s business sector. 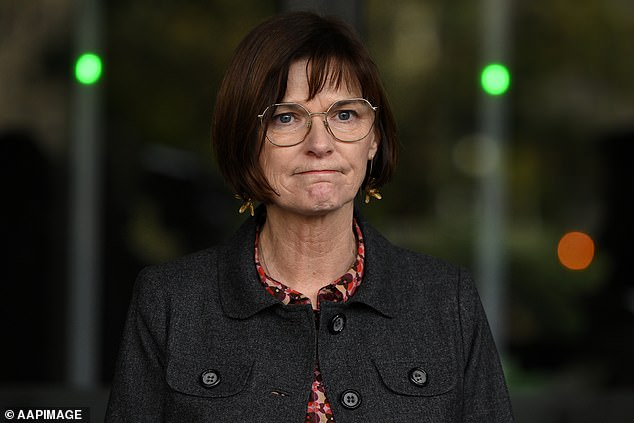 Health Minister Mary-Ann Thomas (pictured) said: ‘Wearing a mask, getting up to date with your vaccinations and ensuring indoor areas are well ventilated are small but effective steps Victorians and businesses can take to manage their own Covid-19 risk this winter.’

‘Clearly there’s a new minister and we have our political leaders there to weigh up all the inputs. All I can do is repeat until I go blue in the face — the emphasis from business is receiving too much weight,’ Dr McRae said.

Dr McRae also made a punt that the health minister will be doing away with elective surgeries as the rising case problem was ‘very bad’.

Both conservative commentators and ABC hosts have pressured the Victorian government to reinstate stricter Covid-19 rules.

Premier Daniel Andrews, who presided over the world’s longest lockdown in Melbourne last year, is now backing away from hardline pandemic measures as the likes of media personality Steve Price call for a return to strict measures. 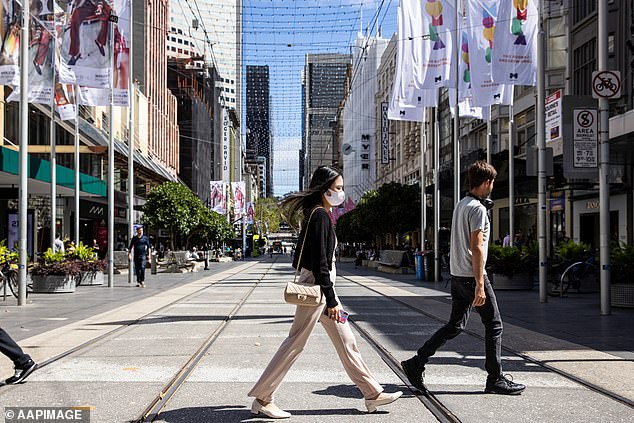 Price suggested a Victorian election, scheduled for November 2022, was behind the Labor government’s reluctance to reimpose a mask mandate.

‘Let’s be frank about what’s happening here,’ Price said on The Project on Monday evening.

‘The politicians are not listening to the health advice anymore because Victoria and New South Wales have got elections coming up.

‘And they don’t want to tell people that they have to get locked down or wear masks.’

Victoria recorded 10,627 new Covid cases and another 16 deaths on Tuesday, with hospitalisation rates continuing to rise.

There are 737 people in hospital with the virus, up 20 from Monday and almost 200 during the past week. 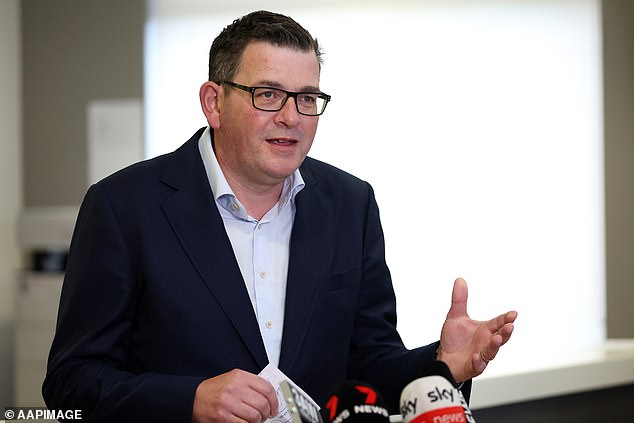 Premier Daniel Andrews (pictured), who presided over the world’s longest lockdown in Melbourne last year, is now backing away from hardline pandemic measures as the likes of media personality Steve Price

Thirty-nine Covid-infected people are in intensive care, with seven on a ventilator.

Covid hospitalisations in Victoria peaked at 1,229 in mid-January during the original Omicron wave.

In changes announced on Tuesday, people who test positive to Covid will be exempt from testing and isolating for only four weeks rather than 12.

Employers are also being asked to consider working from home arrangements for their employees, although no recommendation has been issued.

An advertising blitz promoting Covid vaccine boosters will also start across the state, while more grants are available to small businesses who want to buy ventilators.

Health chiefs around the country have been warning of a coming spike in Covid cases as two virulent new BA.4 and BA.5 sub-variants of Omicron grip the nation. 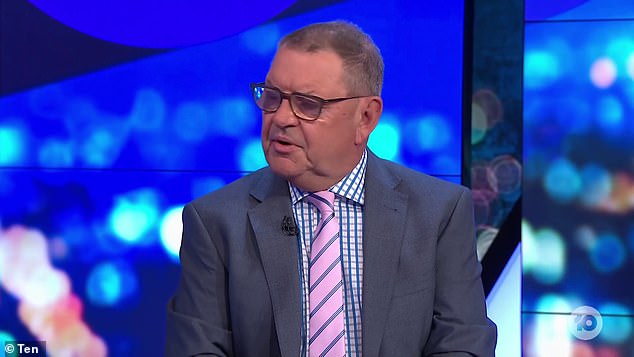 ABC hosts have repeatedly grilled federal Health Minister Mark Butler over why he and his state counterparts aren’t reintroducing mask mandates, given the rapid spread of Covid and winter viruses.

Mr Butler said the advice from the chief health officers is that Australia has ‘moved beyond the era of very broad mask mandates and lockdowns’, and that you can ‘make your own choice’ about wearing a mask indoors.

But Mr Rowland refused to accept that answer, claiming that studies showed mask mandates offered close to a 100 per cent success rate – despite case numbers climbing even when previous mandates were enforced during the Delta and Omicron outbreaks.

The health minister was similarly grilled by another ABC presenter David Speers during the ABC’s Insiders program on Sunday.

‘Why don’t we look at that for the next six weeks?’

Mr Butler said he had received no advice to mandate masks and said face-coverings were better in ‘targeted’ areas like hospitals, airports and aged-care settings. 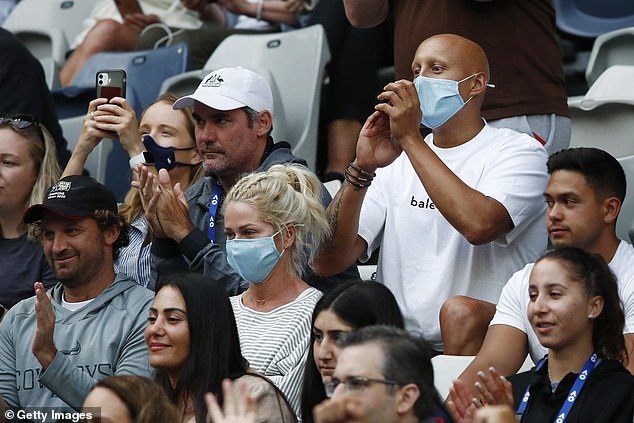