How clean is your town? TV’s tidy queen Aggie MacKenzie signs up to the big British litter pick

By Rosanna Greenstreet for the Daily Mail

But now TV’s Aggie MacKenzie is picking up her bin bags and using her passion for cleaning to tidy up Britain’s streets.

The 64-year-old, who presented Channel 4’s How Clean Is Your House? from 2003 to 2009, has called on the public to stop the ‘conscious dumping’ of litter in towns and the countryside.

She is urging everyone to get involved with the Daily Mail-backed Great British September Clean, which encourages people to battle against the scourge of litter blighting our nation.

Miss MacKenzie, who is from Aviemore in the Scottish Highlands but lives in Harringay in north London, says she constantly sees wrappers, chewing gum and dog poo left ‘lying around’.

She said: ‘The litter problem around me is not so much people dropping stuff thoughtlessly, it’s more conscious dumping. When stuff has been dumped in the street people think: ‘Somebody will come and pick that up some time.’

‘It’s depressing. Cleaning up needs to be done properly, systematically and responsibly. People eat sandwiches and crisps and snacks and they leave the wrappers lying around. There’s no excuse: if there are no bins, then take your rubbish home with you.

‘I think it’s to do with not having high regard for your environment or yourself.’

She added: ‘The other thing that drives me bonkers is chewing gum on the pavements, particularly where you’ve got a lovely wide expanse of stone covered in dots of gum. The Daily Mail campaign is a no brainer.’ 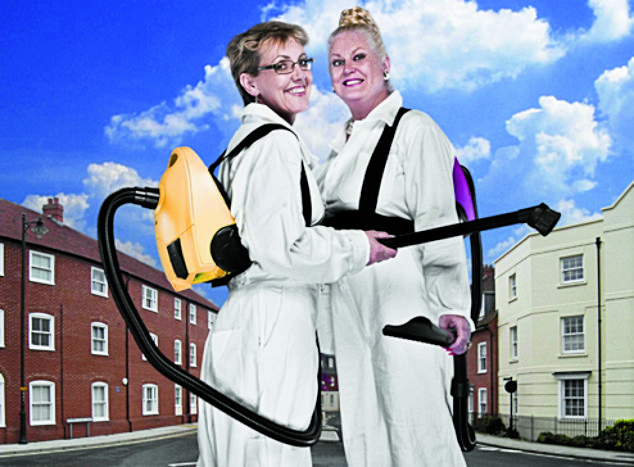 The 64-year-old, who presented Channel 4’s How Clean Is Your House? from 2003 to 2009, has called on the public to stop the ‘conscious dumping’ of litter in towns and the countryside

One of her worst memories of litter is from earlier this year when she was at her aunt’s funeral on the north coast of Scotland. ‘My sister and I were walking along the beach and it was strewn with bits of plastic,’ she said. ‘We spoke to a local who said that every time she walks her dog she takes a bag and picks up pieces of plastic.

‘That’s the thing – people need to wake up and take responsibility for their own litter and, if everyone did a little bit extra, it might spur other people to be a bit less shameless about dropping it.’

She also despises the sight of dog poo, adding: ‘It’s absolutely disgusting… I feel really sorry for street cleaners and people with buggies and everyone else – it’s so anti-social. Litter is one thing, but dog poo is another.’

Miss MacKenzie joins the likes of former Blue Peter presenter Konnie Huq, gardener Alan Titchmarsh and business magnate Lord Sugar in calling on the public to get involved with the campaign.

Other endorsements have flooded in from the Prime Minister, the National Trust – and the Wombles.

For more information and to pledge to take part in the campaign, visit www.keepbritaintidy.org/gb septemberclean