Every month, for more than a year, the sum of at least £5,000 was deposited into the bank account of hairdresser Ericka Carroll.

The money didn’t come from her business, though.

She would have had to ‘cut and blow dry’ an awful lot of hair at her small salon at the bottom of her garden at home in Hertfordshire to generate that kind of sustained income. 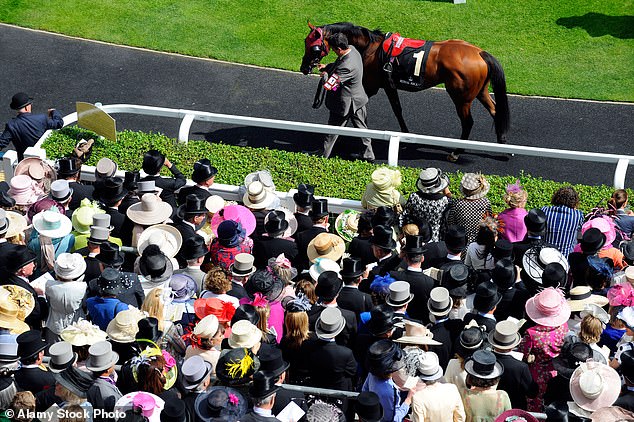 The amount she received, after all, was never less than £5,000 and sometimes it was substantially more.

The windfall, we now know, came from Paddy Power, one of Britain’s biggest gambling companies. You might think that Mrs Carroll must have won the money playing, say, online bingo or placing a string of successful bets on any number of events at her local bookies.

There is a much shabbier explanation — one that certainly tells us something about Mrs Carroll, and her husband Tony Carroll, 49, but even more about the rapacious and morally bankrupt tactics of the gambling industry; tactics which are commonplace in this world but have remained, until now, largely a dirty trade secret.

Mrs Carroll was hired, at least on paper, to be what is known as a ‘VIP introducer’ to encourage high rollers to bet with the firm.

She was picked only because her husband was barred from working with Paddy Power as he had only recently left his job with rival bookmaker Ladbrokes, who it is believed had forbidden him from working for a competitor for a period of time, it is claimed in court documents.

So, even though his wife’s name was on the Paddy Power contract, it was Mr Carroll who was in fact the ‘VIP introducer.’

One of the people he persuaded, or rather poached, was Tony Parente, a former property investor, who had been one of his clients at Ladbrokes. 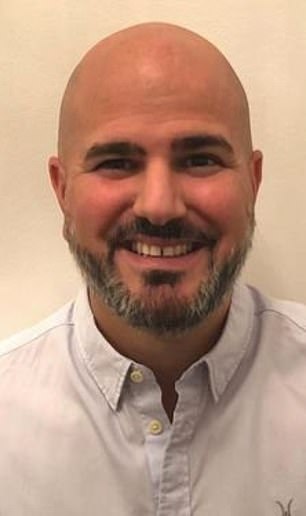 Tony Parente, pictured, was given a £20,000 sign-on bonus to start gambling with Paddy Power and was offered tickets to see his favourite football team on European away games

Nevertheless, he was given a £20,000 sign-on bonus to ‘induce him to gamble’ with Paddy Power, instead of Ladbrokes, and was rewarded — ‘groomed’ is the word many would use — with free tickets to watch Arsenal, the team he supported, play Barcelona and Bayern Munich away. Mr Carroll often accompanied him on those foreign jaunts.

Anyone who saw them sitting together at the Nou Camp in Barcelona or the Allianz Arena in Germany or mingling in the hospitality box at Cheltenham, where the champagne flowed, would have assumed they were good mates.

But it would be hard to think of a more unhealthy relationship.

Under the introducer agreement, Mrs Carroll was entitled to 25 per cent of Tony Parente’s losses but was guaranteed an ‘upfront monthly retainer of £5,000’ if 25 per cent of whatever he lost was less than £5,000.

It must have been the easiest money the Carrolls have ever made.

‘I know there must have potentially been some benefit to him [Carroll], of course,’ Parente told us. ‘But I was a compulsive gambler. As long as I got my free chips, that I got my £20,000 bonus, that my bets were being put on, I didn’t mind. I didn’t care. I was deep in addiction. When I found out just how much he [Carroll] was getting I was shocked. It made me sick.’

Did Mr Carroll introduce anyone else to Paddy Power?

‘I knew there was someone else, a very, very wealthy guy,’ Parente says. ‘I have no doubt there would have been others. Why wouldn’t there have been?

‘He had about a dozen VIP clients like me under his watch at Ladbrokes,’ Parente explains in reference to the perverse practice whereby gambling firms refer to those who lose the most money as VIPs. ‘I suspect Tony Carroll also approached them to come over to Paddy Power when he left.’

The revelations are an embarrassment for former deputy Labour leader Tom Watson, one of the gambling industry’s most vocal critics when he was an MP.

‘Dirty and money grabbing,’ is how he once described Paddy Power before becoming a paid adviser with Flutter, which owns Paddy Power, Betfair and Skybet, last month.

Paddy Power is not believed to be the only gambling brand to hire ‘introducers’.

The contract with Ericka Carroll is the first of its kind to be made public and followed an application to the High Court by this newspaper, which has been campaigning for tighter gambling regulations.

It emerged as part of a case in which Parente’s former business partner claims Paddy Power failed to carry out sufficient checks to stop Parente betting money that he had stolen from the business partner.

Paddy Power insists it did and is defending the claim.

But the Gambling Commission has already handed out a record £27 million in fines to UK betting firms this year for failing to protect problem gamblers, like Antonio Parente, among other misdemeanours. It’s a shameful indictment, considering more than two million people in the UK either fall into that category or are at risk of addiction, which results in about one suicide every day, says a recent House of Lords review. 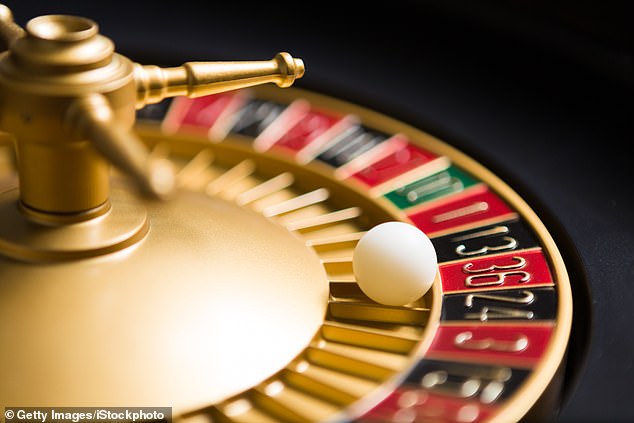 To the gambling industry, which is worth more than £14 billion a year, this demographic is a source of ever more profit. Paddy Power took a fifth of its revenues last year from just 0.6 per cent of customers — the heaviest losers, who are ruthlessly targeted, and called VIPs.

Still, the Gambling Commission refuses to ban ‘grooming tactics’ such as enticing punters with cash bonuses, holidays and exclusive tickets to sports matches.

In Parente’s case — and there are many other examples — he was, by his own admission, committing fraud to finance his habit but has not faced criminal proceedings because his one-time associate (Amarjeet Singh Dhir) did not press charges against him. In other words, Mr Dhir holds Paddy Power ultimately responsible for what happened, not Parente, who will be a witness in the civil action which will be closely watched by Britain’s biggest gambling operators; they fear that if Paddy Power is ordered to pay up, a wave of other similar claims will ensue.

Tony Carroll knew Parente was a problem gambler all along, it is alleged, and so by implication Paddy Power — who recruited Mr Carroll as a ‘VIP introducer’ — must have known too, something it denies.

The incriminating evidence, court papers allege, is contained in an email Parente sent to Ladbrokes spelling out his predicament and his reasons for closing his account with the firm. Mr Carroll, the papers say, was aware of this when he recruited him to Paddy Power — because he ‘saw and/or assisted’ in drafting this email.

It was forwarded to Parente, according to the thread, from ‘anthony[carroll] @ ****** * *’ at 3.03pm on January 6, 2016. The Mail has a copy of the email. It begins: ‘I would like to self-exclude my account with immediate effect to stop me causing any more irreparable damage to myself, my family and my business. I have been troubled for some time and trying to cope with what I know is a serious problem . . . I have been guilty of using my company funds and abusing the trust of investors by gambling their funds . . . I am now facing up to my actions and my illness.’

But Parente didn’t stop playing the odds. Instead, he continued his destructive relationship with Mr Carroll and carried on gambling with Paddy Power on horses, greyhounds and football amongst other things.

‘He was a bubbly character, he was a good laugh,’ Parente said. ‘We both supported Arsenal. We went to matches. He phoned me. He visited my home.’

By the time his 13-month association with Mr Carroll finally ended, however, Parente had lost everything: his home in Hertfordshire, his business, and his wife, the mother of one of his two children, who left him.

Tony Carroll, on the other hand, enjoyed a comfortable lifestyle in the Home Counties and was part of a syndicate which owned a racehorse with prize money earnings of more than £130,000 at the time. On Facebook, he can be seen enjoying a meal with his wife at Wincanton racecourse, where his horse was running that day.

He is now a director of several companies, including Carroll Enterprises, incorporated in January last year, which specialises in the ‘letting or operating of own or leased real estate’.

Mr Carroll worked for Ladbrokes for almost 16 years and was head of sportsbook trading (from 2009-2015) in charge of a team responsible for premier customers — such as Parente — before becoming a ‘VIP Introducer’ with Paddy Power.

‘I don’t want to talk to you,’ Mr Carroll said as he arrived home with his wife in their Mercedes hatchback this week before disappearing inside and slamming the door.

Tony Parente is far from the only person to fall victim to so-called ‘introducers’, as the following account from a Londoner, in his 30s, who was working for a hedge fund in Gibraltar recently, illustrates.

He was a regular at a casino, gambling £10,000-a-night at the blackjack and roulette tables when he was approached by two ‘introducers’ from a major gambling company.

‘They could see I was spending most of my nights in the casino, gambling like crazy,’ he said. ‘They would buy me drinks and ask if I wanted food. At the time I thought they were just lovely people.’

Then, one night, one of the men asked him: ‘Who are you gambling with at the moment? Come over to us and we’ll look after you.’

He agreed to join their VIP scheme. He was flown to London to watch the 2017 FA Cup final between Arsenal and Chelsea and £2,000 was deposited in the account he opened with the company.

He said: ‘At the end of each week, they would give me 10 per cent of my losses back.’ The firm, he said, did not ask for any evidence of income — which it was required to do under gambling regulations — until almost £1 million had passed through his account and even then he was told this was just a formality ‘for box ticking compliance.’

Over the next two years, he lost £460,000; he resigned from his highly-paid job in Gibraltar and returned home to London where, he says, he tried to take his own life.

The company eventually agreed to pay him around half of his losses, to avoid damaging publicity, but only on condition he signed a non-disclosure agreement (NDA), or gagging clause, which are being increasingly used in the gambling sector.

In February, when he gave evidence to the House of Lords select committee on the social and economic impact of the gambling industry, Kenny Alexander, then chief executive of Ladbrokes Coral owner GVC , revealed the company had entered into 28 such NDAs with punters.

He also admitted: ‘I am not going to sugar-coat it — 99 per cent of the customers who play on our sites will lose.’

No one knows this more than Tony Parente.

‘If my former business partner had not filed his claim we would never have found out about the introducer agreement, and that is scary,’ said Parente, who says he has been ‘clean’ since closing his account with Paddy Power and now works for a group which helps gambling addicts.

Paddy Power has pledged to cancel all its personal introducer agreements within four weeks in the wake of the controversy. The company said in court papers it could not comment on why hairdresser Mrs Carroll was named on the contract instead of Mr Carroll, saying the employees who drew it up have left.

When he accepted the position with Flutter, Tom Watson justified his decision by insisting he was taking on the role to ‘get under the bonnet of the business’.

There would be no better place to start with than the ‘grooming’ of so-called VIPs like Tony Parente.