An Australian doctor conducted a series of extraordinary experiments where he grafted monkey testicles onto dozens of men in a bizarre quest to find the fountain of youth in the 1930s.

Dr Henry Leighton-Jones – once one of the top health professionals in the Northern Territory – conducted multiple operations in which he grafted the testicles and ovaries of monkeys onto the corresponding glands of humans at a small hospital in New South Wales.

He hoped the unusual experiments based on the emerging field of endocrinology – a branch of medicine concerned with glands and hormones – would find the key to increasing longevity in humans.

While tales of ‘Monkey’ Jones have been relegated to local folklore, there are some who believe he was a ground-breaking medical pioneer who never received the recognition he deserved.

Born in the NSW town of Cardiff, near Newcastle in 1868, Henry Jones left school at 14 to work as a postal clerk for a nearby coal mine.

Luck struck when a coal seam was discovered underneath his family farm and when the property was sold, he used his share to travel to America where he studied dentistry and medicine in Kentucky.

He then travelled to Britain where he joined the Edinburgh Royal College of Physicians and Glasgow Faculty of Physicians and Surgeons, which granted him license him to practice medicine back in New South Wales.

While either in the United States or Britain he dated an American girl by the name of Leighton and liked the name so much he incorporated it into his own.

Upon returning to NSW he worked as a dentist, doctor and pharmacist for a decade before taking on the role of government medical officer in the Northern Territory in 1916.

When war broke out he was stationed in the Pacific for a short stint as a captain in the Australian Army Medical Corps Reserve.

He retired from his government role in 1928 when he was aged 60, and moved back south to the suburb of Eraring in Lake Macquarie where he began to pursue his interest in endocrinology which was at that point an entirely new field.

‘He was a serious scientist,’ retired surgeon Dr Herbert Copeman told the SMH in 2007.

Dr Copeman, who has held the positions of Honorary Consultant in General Medicine and Endocrinology at Royal Perth Hospital and  President of the Australian Postgraduate Federation in Medicine in Australia, was one of the few surgeons who have taken an interest in Dr Jones’ work, describing him as  ‘an honourable, hard-working, brilliant man’.

Dr Jones’ studies into endocrinology led him to seek out Russian doctor Serge Voronoff who was the director of experimental surgery at the College de France in Paris.

Dr Voronoff previously worked as the Khedive Surgeon-General in Egypt and noticed that eunuchs in the harem would age at a faster rate compared to other men – leading him to draw the conclusion that testicles played a role in aging.

He was already performing gland grafting operations animals such as sheep and goats – which involved transplanting a slice of gland into the gland of a different animal – when Dr Leighton-Jones arrived on his doorstep.

Dr Voronoff took him in and the pair spent several months working on the technique.

The Russian would later reportedly earn a small fortune doing the gland transplants from baboons into wealthy Europeans.

His theories, however, were widely controversial and he was ridiculed and dismissed by his peers in the 1920s and 1930s. 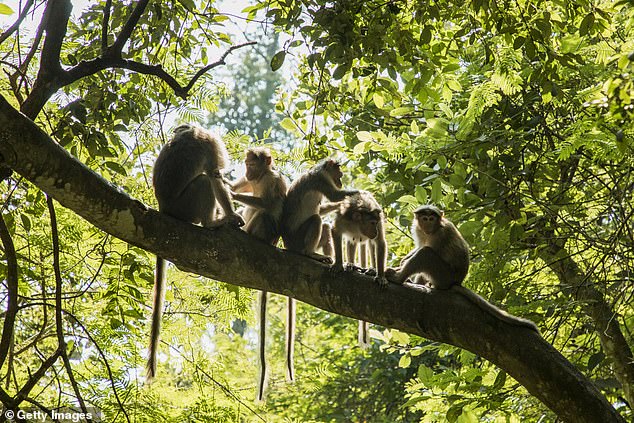 Dr Jones returned to NSW in 1929 with Dr Voronoff’s English secretary Nora Elizabeth Barrett – in her early twenties – and they later married.

Over the next decade Dr Jones would conduct his experiments on gland grafting – but unlike Dr Voronoff, he insisted on using Rhesus monkeys.

He would source the monkeys from the Sultan of Johor in Malaysia after he struck up a friendship several years earlier at a medical conference in Singapore.

The monkeys would be shipped over and kept in a converted water tank on his farm.

‘I remember the old water tank was about 30 feet high,’ Jackie Parker, who had a bread delivery run in the area as a young boy, said.

‘He’d replaced the corrugated iron with cyclone wire and that’s where he kept the monkeys. I remember I used to look up and see them capering about in there.’

Locals tell stories of the monkeys escaping on occasion and getting up to mischief such as tapping on the windows of perplexed townsfolk.

Author Doug Saxon who penned a book titled A History of Eraring and its School said even back then the doctor and his team of assistants made numerous headlines.

Dr Leighton-Jones had assembled a group including another surgeon, two anaesthetists and a barber to help him with the surgeries.

‘I tried to give a balanced account and put his work in perspective,’ Mr Saxon previously told the Newcastle Herald.

He added that people tended to put an incredulous ’21st century spin’ on Dr Leighton-Jones’ work but that in his day he was a pioneer of the field.

Blood-type testing was done using the A.B.O. system ensuring the monkey and humans were a match.

A second blood-type system known as the Rhesus Factor wasn’t understood at that point, but the doctor’s decision to use Rhesus monkeys was particularly beneficial as he had a very good chance of that also matching.

Volunteers would write to Dr Leighton-Jones and ask him to perform the procedure, involving the transplanting a small slice of the Rhesus monkey donor gland, in an effort to restore their vitality.

Mr Saxon’s book contains an article from 1939 in which Dr Leighton-Jones refuted claims he and Dr Voronoff’s work was ‘primarily sexual’.

‘He thinks that everyone should be able to attain 100 years of age,’ Dr Leighton-Jones said of his mentor.

An article by Dr Copeman appearing in the Medical Journal of Australia in the late 1970s described Dr Leighton-Jones as ‘a well educated and very experienced doctor, dentist and pharmacist’.

The article claimed Dr Leighton-Jones work was aimed at treating ‘cretins, and others thought to be deficient in hormones’.

‘He performed half a dozen ovarian grafts, once using the ovary of a pregnant monkey, and about 30 testicular grafts on patients aged between 24 and 72.’

Dr Jones kept in touch with his patients and many reported they had ‘a remarkable improvement in well-being’ while some even returned for a second operation.

He even had Dr Voronoff perform a graft procedure on him when he returned to visit him in France. 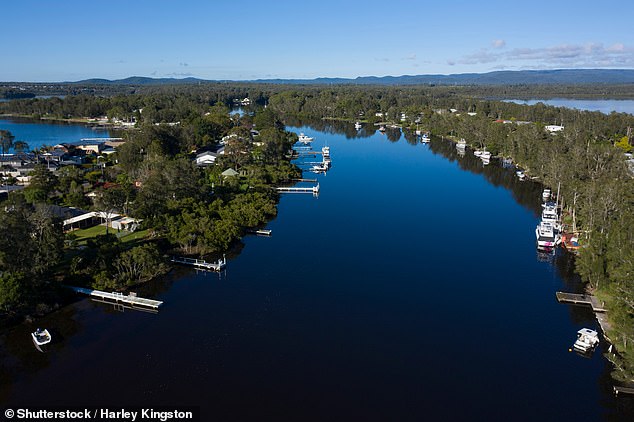 Having published nothing on his work he was eventually convinced through prompting by his wife to compile his meticulous records into a research paper.

But on the very day he was to speak at a postgraduate seminar at Newcastle Hospital in 1943 and unveil the findings of his decade of work, Dr Leighton-Jones, then 74-years-old, collapsed and died from a heart attack.

In her grief, his wife Nora respected his wishes that the privacy of his patients remained paramount and she burned the only copy of his paper – relegating him to medical obscurity.

Professor Delbridge said although the doctor appeared to be decades ahead of the field in terms of some of his ideas – the practical application of transferring monkey glands would not have made any difference to his patients’ longevity.

‘I have spent most of my surgical career transplanting endocrine glands as part of routine surgery,’ Professor Delbridge said.

‘Testicular tissue from monkeys is a xenograft (from another species) and the cells only survive for a very short time,’ he explained.

‘There is a valid basis to the principles of endocrine gland transplantation, it just would not have worked using xenografts in that era prior to immunosuppression drugs.

‘Probably no harm would have come from it other than to the hip pocket.’

The tale to this day is well-known by locals around the Dora Creek area of Eraring but merely as a quirky piece of the town’s history.

‘1938 was really the beginning of understanding hormones, when a man in America actually realised that estrogens and androgens changed the comb growth in chickens,’ Dr Copeman explains.

‘Dr Jones was the first endocrinologist in Australia. But endocrinologists in this country completely ignore him, because he never had anything published and never delivered his paper. It’s not really known what he was going to say in Newcastle,’ he added.