My friend Emma, newly divorced, asked me to view houses with her last weekend. It turned out to be an almost impossible task because she’s superstitious — and I mean superstitious to a barmy degree.

The first property was numbered 13, so that was unlucky, she said, even though she liked the place.

The second house had a single magpie on the lawn, so she wouldn’t even go in. The third house was beautiful and ticked every box but there was a cracked mirror in the cloakroom, so she rejected that one too. So far, so bonkers.

Bad juju: If your property overlooks a cemetery, has a pair of new shoes on the table or ladders propped against the wall, then you might find it hard to sell

People aren’t that superstitious about stuff these days surely? Well, apparently they are. And in a difficult market buyers can be funny about a whole lot more besides that.

If your property overlooks a cemetery, has a pair of new shoes on the table, a witch on the weather vane or ladders propped against the wall, then you might be in it for the long haul.

Andrew Harwood, of Strutt & Parker, says that fear of the number 13 is nothing unusual, especially for developers of new housing estates.

‘They build houses or flats numbered 12 and 14, missing out 13 completely because they know it will be a struggle to sell,’ he says.

Buyers are also put off by homes near graveyards, a horse on the property with different coloured eyes or an open umbrella in the hall, according to Harwood. There seems to be a bit of superstitious pagan in many of us.

Harwood admits to being a bit superstitious himself. ‘I always salute a magpie if I see one — that cancels out the bad luck I believe. I do it because my parents always did it.’ 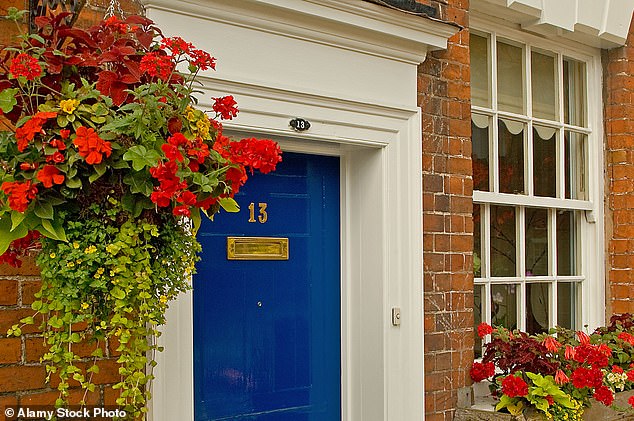 Hard sell: Some developers deliberately miss out 13 when they numbering flats and go from 12 straight to 14

But back to my friend Emma. What annoyed me was that she had no idea why the number 13 was deemed unlucky. ‘It just is’, she said, mulishly.

The idea of unlucky 13 is an ancient one in western societies, with several candidates proposed for its origin.

One comes from the Norse legend of the feast at Valhalla where the 12 invited guests were joined by a 13th, the trickster god Loki, who arranged a murder among the guests.

It is also said to have an origin in the Christian tradition. At the Last Supper, Jesus and his disciples made up a fateful 13.

Some 28 per cent of residential streets in the UK don’t even have a No 13 and where there is, it tends to be cheaper than its neighbours.

Sale prices of properties numbered 13 average about 2 per cent less than those around it. Those people living at No 13 also stay in their house longer than the average homeowner.

Land-registry figures show that the number of sales of No 13s are, on average, about 8 per cent fewer than those of other properties — even after adjusting for there being fewer of them.

Friday is a popular day for completions, but there are 43 per cent fewer transactions on any Friday 13th compared with other Fridays in the month. Buyers don’t even like a house numbered 113 or 213, because there’s a 13 in there.

But what about this business of the shoes on the table? How is that unlucky?

Well in old mining traditions, a miner’s shoes would be placed on the table as a mark of respect after he died.

So, it is believed that to put your shoes on the table is to tempt fate. In other words, you might be next.

Superstition has also extended into the lettings market.

Genevieve Masterson, lettings manager at Jackson-Stops Canterbury, who has been renting out properties for more than 20 years, says potential renters are particularly sensitive about properties close to a cemetery.

And she once lost a deal with a couple who were potential renters of a beautiful Georgian property, because a black cat appeared during the viewing. 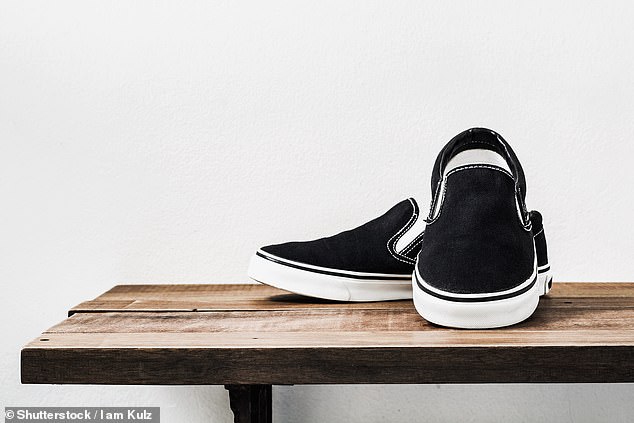 Shoe-perstition: Footwear on a table is said to be unlucky and can spook potential buyers

Rupert Sweeting, of Knight Frank, says that superstition is more common with potential buyers among the 40 to 55 age group, and it’s particularly prevalent among women.

‘I think it’s because women are more in touch with their inner self. Their radar is more finely tuned.’

Sweeting doesn’t think we ought to be dismissive of superstition in the property market.

‘Why should we be? When you look at sportsmen, they’re incredibly superstitious. Jockeys put the left shoe on first, then the right, it’s a ritual.

If you’re not at all superstitious about the number 13 and a single magpie, then you could well bag yourself a bargain

‘And look at [tennis player] Rafael Nadal, he’s extraordinary with his superstitious behaviour — touching his hair, T-shirt and underpants before a match. Why should people buying a house be any different?’

And if you’re wondering what happened with my superstitious friend Emma and her search for a house, well, after a few stern words from me, she has decided I won’t be accompanying her on any more viewings. She will be taking her spaniel Bentley along instead.

‘Bentley is very sensitive and he picks up on things,’ she tells me. ‘If he doesn’t like the place, I won’t buy it. Now that I’m on my own I want him to be happy. That’s very important.’

Andrew Harwood predicts superstition will die out completely in the next few generations.

‘I have grown-up twin daughters and when they see me raising my arm and saying: ‘I salute you Mr Magpie’, they think it’s completely barmy,’ he says.

‘I can’t see them or their children ever doing it. And if you’re not at all superstitious about the number 13 and a single magpie, then you could well bag yourself a bargain.’