A member of the U.S. House Intelligence Committee warned that bio-weapons are being made that use a target’s DNA to only kill that person.

Speaking at the Aspen Security Forum on Friday, US Rep Jason Crow of Colorado warned Americans to not be so cavalier about sharing their DNA with private companies due to the coming of the new type of weapon.

‘You can actually take someone’s DNA, take, you know, their medical profile and you can target a biological weapon that will kill that person or take them off the battlefield or make them inoperable,’ Crow said.

The congressman said the development of the weapons is worrisome given the popularity of DNA testing services, where people willingly share their genetic mapping with businesses to gain insight on their genealogy and health.

‘You can’t have a discussion about this without talking about privacy and the protection of commercial data because expectations of privacy have degraded over the last 20 years,’ the Democratic lawmaker said.

U.S. Rep Jason Crow, of Colorado, warned that bio-weapons are being made that use a target’s DNA to only kill that person during the Aspen Security Forum on Friday

‘Young folks actually have very little expectation of privacy, that’s what the polling and the data show.”

Crow, a former Army Ranger who served three tours of duty in Iraq and Afghanistan, continued: ‘People will very rapidly spit into a cup and send it to 23andMe and get really interesting data about their background’ Crow continued.

‘And guess what? Their DNA is now owned by a private company. It can be sold off with very little intellectual property protection or privacy protection and we don’t have legal and regulatory regimes to deal with that.’

‘We have to have an open and public discussion about… what the protection of healthcare information, DNA information, and your data look like because that data is actually going to be procured and collected by our adversaries for the development of these systems.’ 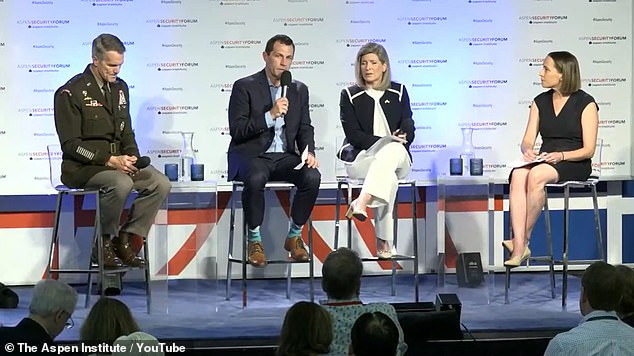 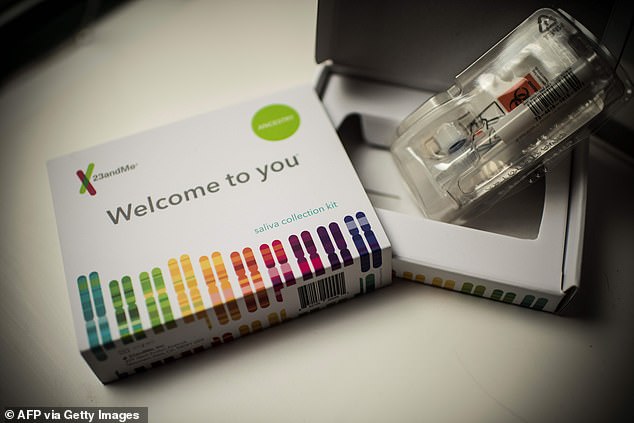 23andMe has repeatedly stated that it does not sell off customers’ private information, but the DNA company is one of many that has provided information to police upon request

23andMe has repeatedly stated that it does not sell off customers’ private information, but the DNA company is one of many that has provided information to police upon request.

Last year, U.S. Sen. Marco Rubio sounded the alarm that Russian and Chinese labs were processing the DNA tests of Americans through Medicare and Medicaid.

‘It is ridiculous that our current policies enable the Chinese Communist Party to access Americans’ genomic data,’ Rubio said in a statement.

‘There is absolutely no reason that Beijing, which routinely seeks to undermine U.S. national security, should be handed the genomic data of American citizens.

U.S. Senator Joni Ernst of Iowa, a member of the Senate Armed Services Committee, said the U.S. rivals could use such DNA bio-weapons to target food supplies on a vast scale.

Ernst warned that biological weapons could be used to target specific animals that citizens, troops or cities depend on, bringing about scarcity and food insecurity to weaken people.

‘Food insecurity drives a lot of other insecurities around the globe,’ Ernst said.

‘There’s a number of ways we can look at biological weapons and the need to make sure not only are we securing human beings, but then also the food that will sustain us.’ 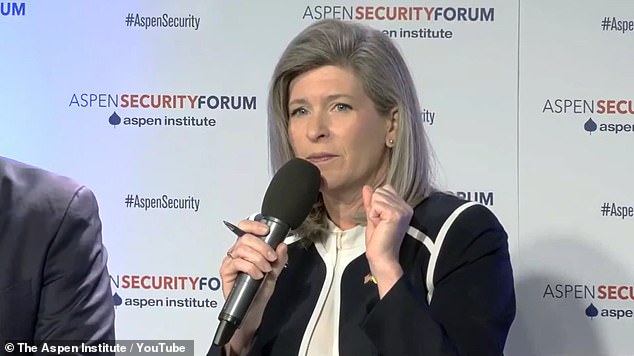 U.S. Senator Joni Ernst, a member of the Senate Armed Services Committee, said the U.S. rivals could use such DNA bio-weapons to target food supplies on a vast scale

In 2018, Ancestry, 23andMe, Habit, Helix, and MyHeritage all signed on to the policy drafted with the help of The Future of Privacy Forum, a non-profit, in support of ‘advancing responsible data practices in support of emerging technologies,’ according to Gizmodo.

The guidelines, titled Privacy Best Practices for Consumer Genetic Testing Services and released on Tuesday, deal with scenarios where users’ personally identifiable and anonymous genetic information might be shared with law enforcement (without a warrant) and other third parties.

The new voluntary policies call for requiring separate consent from users before sharing ‘individual-level information’ with other businesses and more transparency about the number of requests for data received by, and fulfilled for, law enforcement.

While all the companies have said they agree to these standards of practice, there is no law enforcing the rules.