U.S. House Speaker Nancy Pelosi unveiled legislation Friday that would allow Congress to intervene under the 25th Amendment to the Constitution to remove the president, insisting it’s not about President Donald Trump but inspired by the need for greater congressional oversight of his White House.

Pelosi has been raising questions about Trump’s mental fitness since his COVID-19 diagnosis and demanding more transparency about his health. The bill would set up a commission to assess the president’s ability to lead the country and ensure a continuity of government. It comes one year after Pelosi’s House launched impeachment proceedings against Trump.

“This is not about President Donald Trump – he will face the judgment of the voters,” Pelosi said at a press conference at the Capitol.

Just weeks before the Nov. 3 election, with no hopes of the bill becoming law, the rollout was quickly dismissed as a stunt by Trump’s team and top allies.

The president’s opponents have discussed invoking the 25th Amendment for some time, but are raising it now, so close to Election Day, as the campaigns are fast turning into a referendum on Trump’s handling of the coronavirus pandemic.

Pelosi said Trump needs to disclose more about his health after his COVID-19 diagnosis and when, exactly, he first contracted COVID. More than 210,000 Americans have died and millions more have tested positive for the virus, which shows no signs of abating heading into what public health experts warn will be a difficult flu season.

The legislation that would create a commission is outlined under the 25th Amendment, which was passed by Congress and ratified in 1967 as a way to ensure a continuity of power in the aftermath of President John F. Kennedy’s assassination.

It says the vice-president and a majority of principal officers of the executive departments “or of such other body as Congress” may by law provide a declaration to Congress that the president “is unable to discharge the powers and duties of his office.” At that point, the vice-president would immediately assume the powers of acting president.

“Let Congress exert the power the Constitution gave us,” Pelosi said Friday, standing before a poster of the amendment.

Bill to address ‘most extreme situations’

Pelosi was joined by Maryland congressman Jamie Raskin, a constitutional scholar, who has proposed similar bills in the past.

“In times of chaos we must hold fast to our Constitution,” he said Friday.

Raskin said the commission would be launched “only for the most extreme situations.”

But as Congress showed by impeaching — and acquitting — the president over the past year, the legislative branch is determined to exert itself at times as a check on the executive branch.

“Congress has a role to play,” Raskin said. 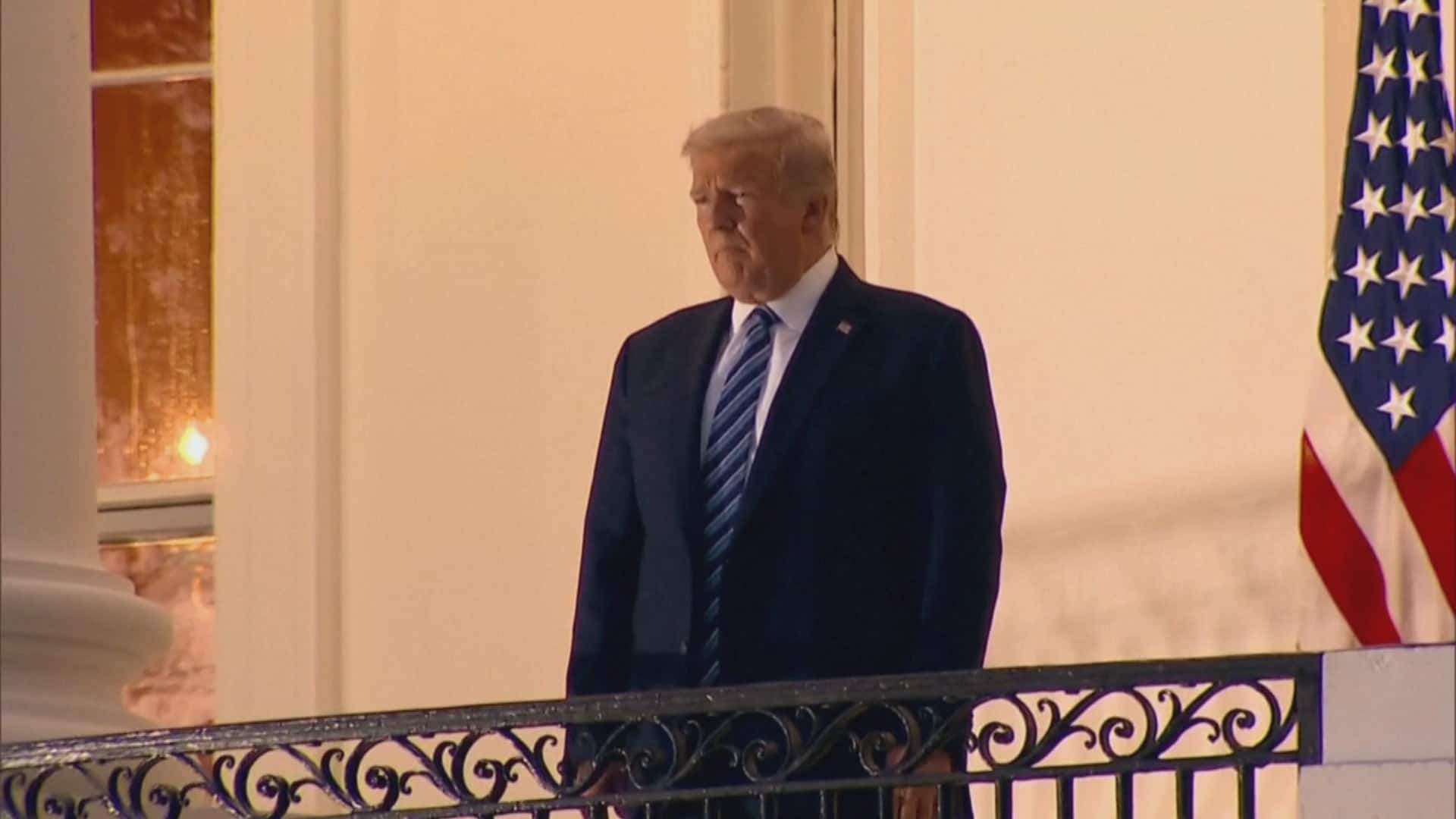 U.S. President Donald Trump, claiming in a Twitter video to be ‘cured’ of COVID-19, says he will hold rallies this weekend in Florida and Pennsylvania. His White House doctor has declared him clear to do so.  7:48

Trump says he “feels great” after being hospitalized and is back at work in the White House. But his doctors have given mixed signals about his diagnosis and treatment. Trump plans to resume campaigning soon.

Congress is not in legislative session, and so any serious consideration of the measure, let alone votes in the House or Senate, is unlikely. But the bill serves as a political tool to stoke questions about Trump’s health, as his White House is hit by an outbreak infecting top aides, staff and visitors, including senators.

In a stunning admission, the 78-year-old McConnell — who suffered from polio as a child — said Thursday that he had stopped going to the White House two months ago because he disagreed with its coronavirus protocols. His last visit was Aug. 6.

“My impression was their approach to how to handle this was different from mine and what I insisted we do in the Senate, which is to wear a mask and practise social distancing,” McConnell said at a campaign stop in northern Kentucky for his own reelection.