Hospitals are still forcing mothers to go through labour without a partner, claims MP inundated with ‘utterly heartbreaking’ stories of traumatic births and miscarriages endured alone

By Anna Mikhailova and James Heale For The Mail On Sunday

Concerns about more than a dozen hospital trusts that use Covid-19 as an excuse to enforce draconian policies on pregnant women have been flagged up by an MP.

Tory MP Alicia Kearns wrote to NHS England last week after being told ‘repeatedly’ about 16 trusts still not following the guidance, the Mail on Sunday can reveal.

Ms Kearns has been inundated with stories from women who have had traumatic experiences during labour and pregnancy without the support of a partner.

Shannon Steele, a nurse from Ipswich, said she had a ‘stolen pregnancy’ after giving birth to triplets Emilia, Ronnie and Maddison in August

Some trusts have since relaxed their rules – but at least 12 retain outdated restrictions, including the Royal Wolverhampton, Royal Free London, and Southern Health and Social Care Trust in Northern Ireland.

University Hospitals Dorset and Calderdale and Huddersfield ban partners when labour is being induced, while the Royal Wolverhampton requires partners to choose a three-hour slot during induction – even though the process can last for three days.

Partners are also banned from scans and antenatal appointments. Royal Wolverhampton apologised for ‘any distress’, and said its rules were reviewed regularly.

Ms Kearns, who is pregnant, said: ‘Women and their partners across the country have reached out to me with utterly heartbreaking stories of traumatic births, miscarriages and still-births endured all alone.’

Shannon Steele, a nurse from Ipswich, said she had a ‘stolen pregnancy’ after giving birth to triplets Emilia, Ronnie and Maddison in August, adding that her husband, Matthew, could not attend any scans and ‘missed out on so much’, adding. ‘It could have been so different. We could have enjoyed so much more.’

The Mail on Sunday is campaigning to end the scandal of lone births. At least ten NHS trusts across England still do not let partners accompany expectant mothers when they are told of their baby’s progress at 12 weeks. 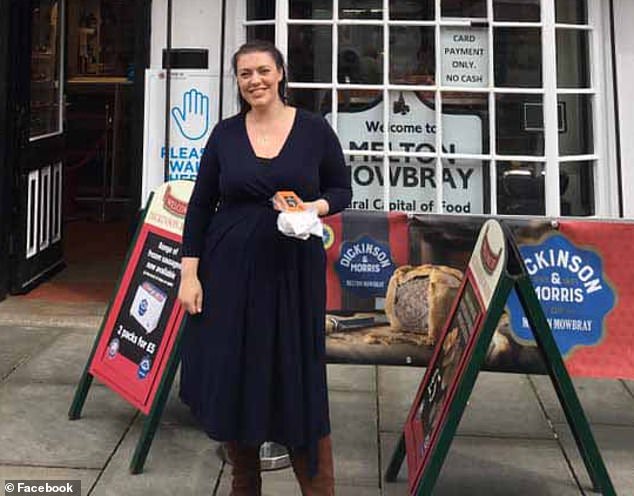 Tory MP Alicia Kearns wrote to NHS England last week after being told ‘repeatedly’ about 16 trusts still not following the guidance, the Mail on Sunday can reveal

Of these, seven do not allow birth partners to join them at the 20-week scan either – including Royal Free London NHS Foundation Trust and East Kent Hospitals. Among other restrictions, South Tees said partners could only ‘attend once in established labour’, while University College London Hospitals and Royal Free London have time restrictions. Assessments are conducted at Guy’s and St Thomas’ NHS Foundation Trust ‘based on the mother’s needs’.

The Southern Health and Social Care Trust in Northern Ireland only lets partners stay for up to an hour when labour is induced.

However, a spokesman for NHS England said: ‘While the approach taken by hospitals at the peak of Covid and during lockdown was understandable, our NHS advice now – backed by midwives and obstetricians – is clear that wherever possible mums should be able to be accompanied by partners for scans, antenatal visits and childbirth, which they have been able to do throughout the pandemic.’