Two dogs launched a frenzied attack on a cat sitting on its own doorstep, mauling it so severely that it had to be euthanised.

Horrifying CCTV footage shows the moment Daisy, an 11-year-old pet, was pounced on by the two dogs right outside her home in Kings Norton, Birmingham.

Daisy’s owner, Vicky Brennan, rushed her to the vet but her injuries were so bad they decided to euthanise her.

The footage shows Daisy asleep in the sun when the dogs – one a medium-sized poodle-cross type and the other a small, white terrier-type – launch their attack.

Daisy was asleep in the sun outside her home in Kings Norton, Birmingham, when the two dogs attacked her 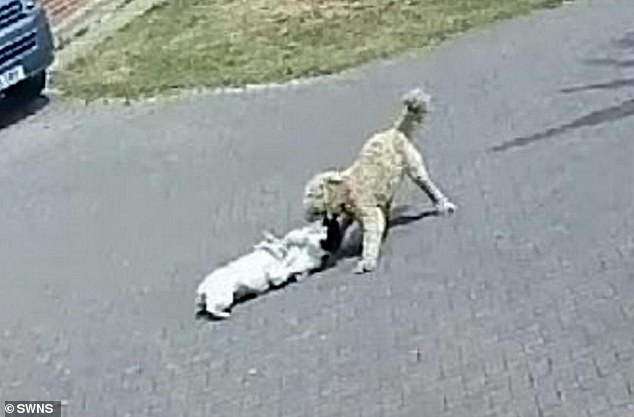 Cameras around the property filmed the two dogs biting and dragging Daisy while she hisses and meows.

Two neighbours spot what is going on and rush outside. A woman picks up Daisy and takes her to her owner, telling Vicky what has happened and saying she needs a vet.

Vicky said: ‘When I saw the footage I was horrified. The two dogs just went at Daisy like wild animals.

‘We’ve had Daisy since a kitten and she’s part of our family.

‘We took her to the vet’s who gave her antibiotics and at first it looked like she would make a miracle recovery but she suddenly went downhill and we made the hard decision to put her to sleep.’

Vicky reported it to the police but they are unable to prosecute the owner because it was an animal on animal attack. 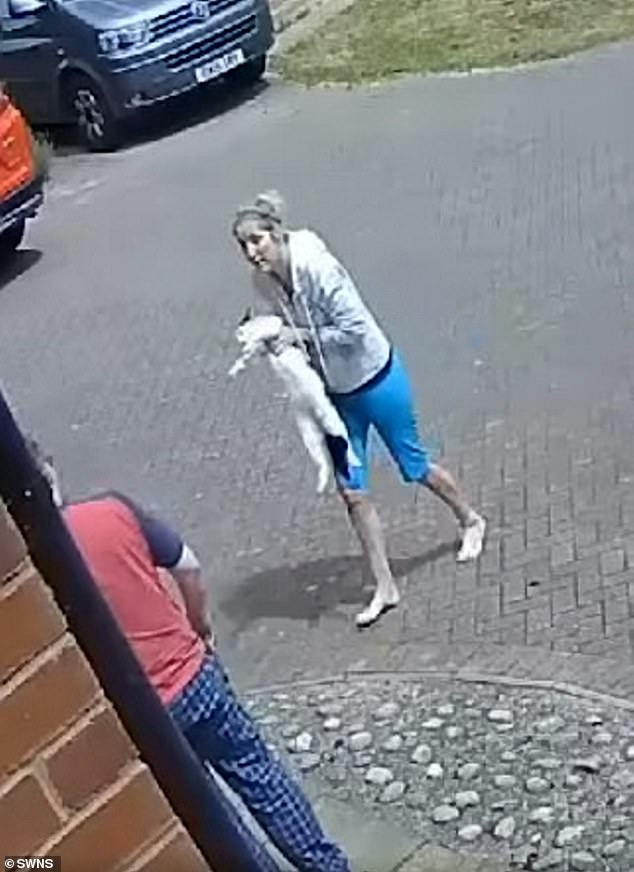 The Dangerous Dogs Act states that it is illegal for a dog to be ‘out of control’ or attack or bite someone.

But the Act only applies if dogs attack or bite humans or an assistance dog not regular house pets.

The only time a dog-owner can be prosecuted for their dog attacking another animal is if the animal’s owner can prove they would have been injured trying to stop the attack.

The owners of the dogs have been served with a community protection warning prohibiting where their dogs are allowed off their leads. 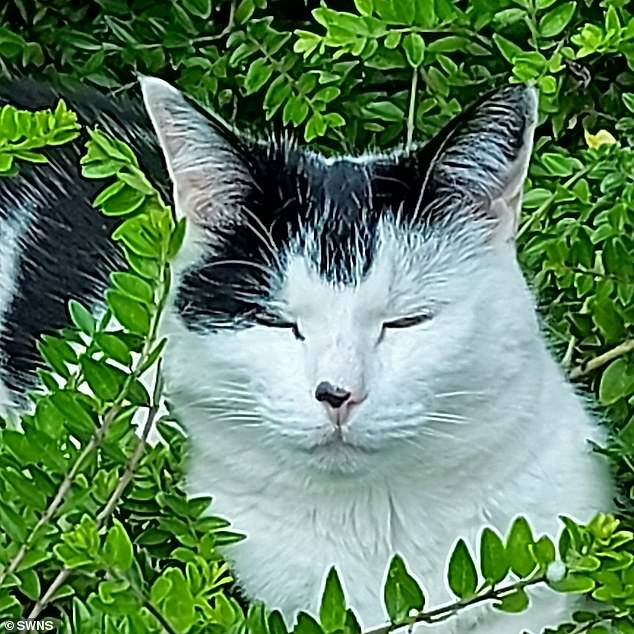 The mother-of-two has started a petition to change the law and make it possible to prosecute owners of animals who are not responsibly controlling their dogs.

She said: ‘Owners of these animals need to be held to account.

‘The owner of the dogs didn’t pay for the vets bills, that was kindly done by people who set up a GoFundMe campaign but the owner should have been forced to pay.’

Her campaign for ‘Daisy’s Law’ has attracted more than 6,000 signatories.