This is the harrowing audio of 911 calls made in the wake of a car wreck that led to the death of University of Georgia football star Devin Willock.

The offensive lineman, who was not wearing a seatbelt when the SUV he was a passenger in crashed into power pole in Athens, Georgia, died at the scene. The driver, Bulldogs staff member Chandler LeCroy, died later in hospital.

TMZ obtained frantic 911 audio from residents close to the crash site, with panic over the ‘horrible accident’ that was causing ‘explosions’. 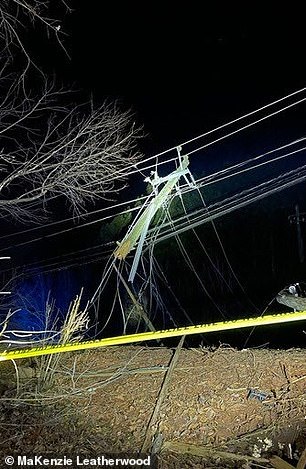 Pictures of the crash site have emerged, after the SUV careered into a power pole near houses

‘There’s been a horrible accident,’ a man, the first caller on the audio, tells the switch operator.

‘There’s arcing wires. There’s people on the floor of the crashed vehicle. We think someone might be dead.

‘I think one person made it out of the vehicle, but there’s someone on the ground.’

A female resident then dials 911 to alert authorities about the crash, claiming she was unable to get out of her apartment as she was blocked in by the wreckage.

Colliding with a power pole, transformers blew and sparks led to explosions, others would go on to claim.

‘All the electricity keeps exploding out here,’ another man said, with the operator explaining all units were heading to the site. 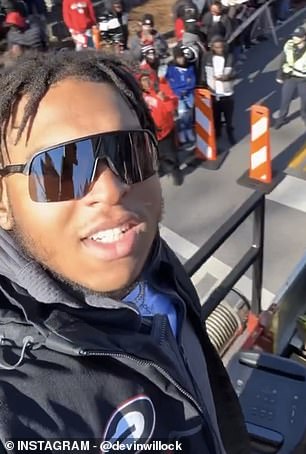 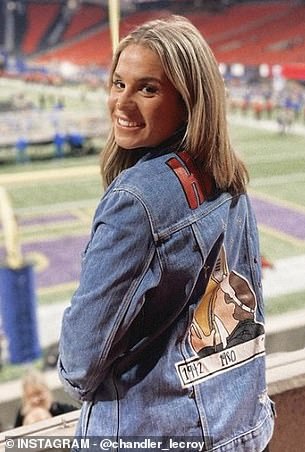 UGA OL Devin Willock was not wearing his seatbelt when a car driven by Chandler LeCroy lost control and hit multiple objects, police say. Willock was pronounced dead at the scene. 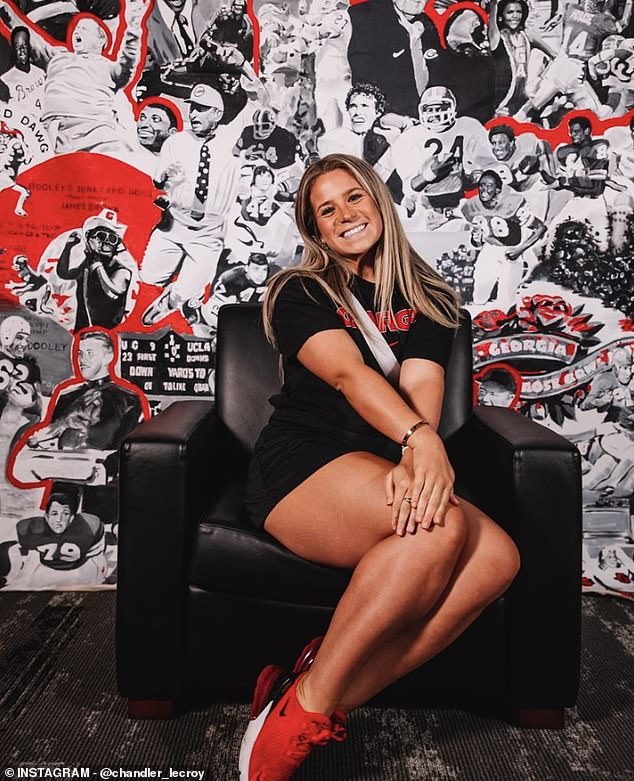 ‘There’s been three different explosions … oh my god, there’s another one. There’s a major live wire out here. I mean, like, large, loud explosions.’

Another caller added: ‘There’s a power line down. I just saw it explode behind me. There are people underneath it, I’m not sure if they’re OK. You might need first responders.’

One female caller mistook the transformers exploding as ‘gunshots’ when she called 911.

A police report released Tuesday listed excessive speed on a road with a 40mph limit as one of the primary causes of the crash.

The report also added that Willock was not wearing a seatbelt when the wreck occurred at 2.45am Sunday in Athens, less than two miles from the university campus.

A few hours earlier, the Bulldogs held a parade through town and a ceremony at Sanford Stadium honoring their second straight national championship.

Two other people were in the car, including offensive lineman Warren McClendon, who had just announced last Saturday he will enter the NFL draft.

Like LeCroy, McClendon was wearing a shoulder and lap restraint while seated in the right front passenger seat, police said. He sustained only minor injuries, which the report from Athens-Clarke County police described as a laceration on the forehead. 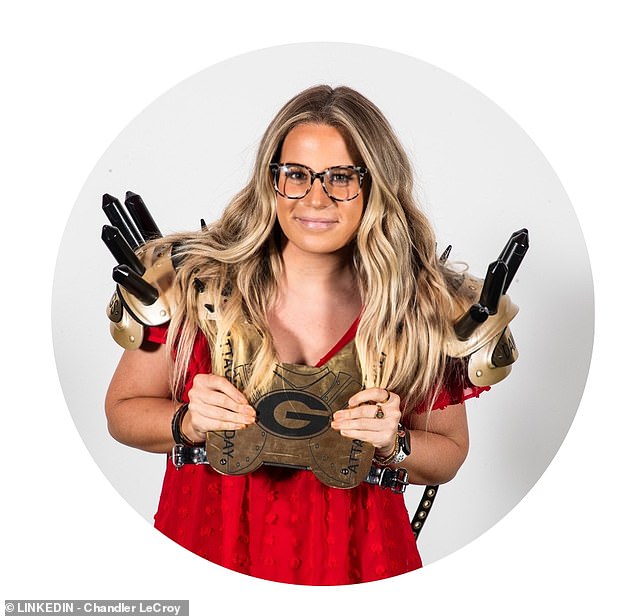 LeCroy was driving the vehicle, lost control of it and struck utility poles and cars, police say 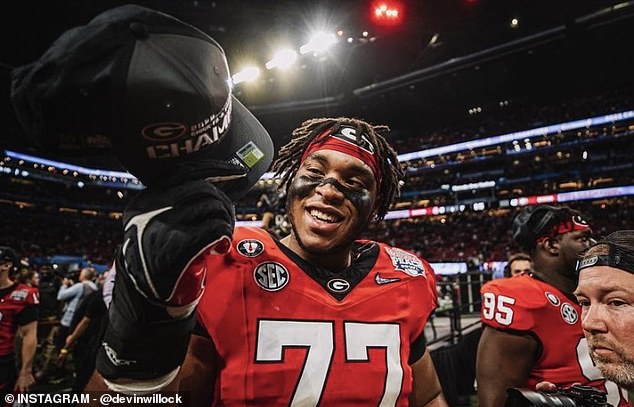 Last week, Willock and Georgia beat TCU 65-7 for the school’s second football title in a row 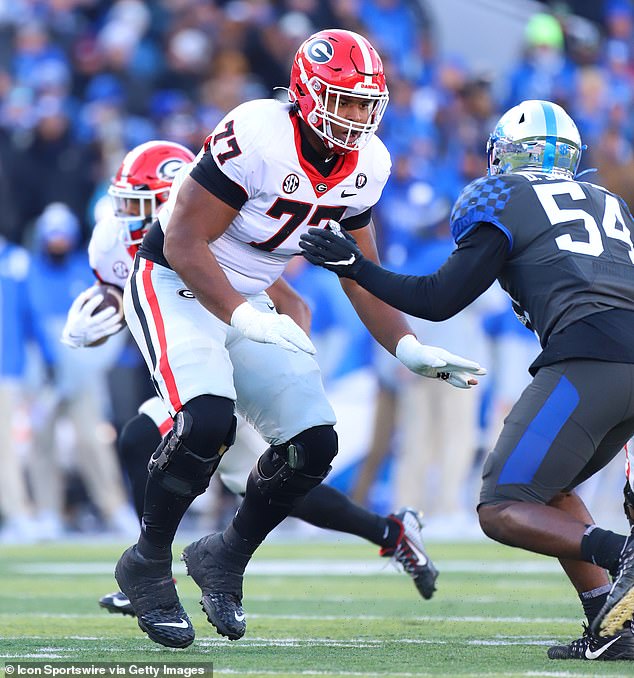 As a redshirt sophomore, Willock played in all 15 games for the Dawgs, including two starts

Another member of the Georgia football staff, Victoria Bowles, was hospitalized with serious injuries. She was sitting in the backseat with Willock and not wearing a seatbelt, the report said.

Police investigators said the 2021 Ford Expedition ‘failed to negotiate a left curve, resulting in the vehicle striking the curb with its front passenger tire and leaving the roadway on the west shoulder.’

The SUV struck a Georgia Power pole and another utility pole, slicing them in half, before striking a tree on the rear passenger quarter panel. That sent the vehicle spinning in a clockwise direction before it slammed into another tree on the driver’s side – where both LeCroy and Willock were sitting.

‘This caused the vehicle to rotate counter-clockwise prior to achieving final rest against an apartment building,’ the report said, adding that a vehicle parked in front of a unit also was struck by the out-of-control SUV.