By Marcus Townend for the Daily Mail

Honeysuckle is odds-on favourite to retain her Champion Hurdle crown at Cheltenham in March after an authoritative comeback victory at Fairyhouse.

The Henry De Bromhead-trained mare made it 13 races unbeaten as she landed the Hatton’s Grace Hurdle for the third year running in the hands of Rachael Blackmore.

Twelve months ago, Honeysuckle beat Ronald Pump half a length in the Hatton’s Grace — yesterday the same horse filled the runner-up berth but was beaten by eight lengths. 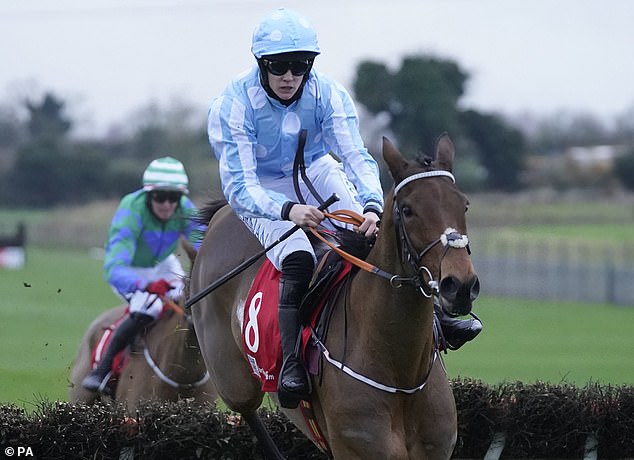 De Bromhead said: ‘She probably gave me a fright last year, so we might have done a little bit more this time. She was really psyched before the race, she was trying to bite and kick. She is an incredible mare.’

After being cheered back to the winner’s enclosure, Blackmore added: ‘I get so much enjoyment out of her and I feel like people got to see and enjoy her today as well.’

Last season Honeysuckle had her next race in the Irish Champion Hurdle at Leopardstown in February and De Bromhead said a similar path would be followed now. 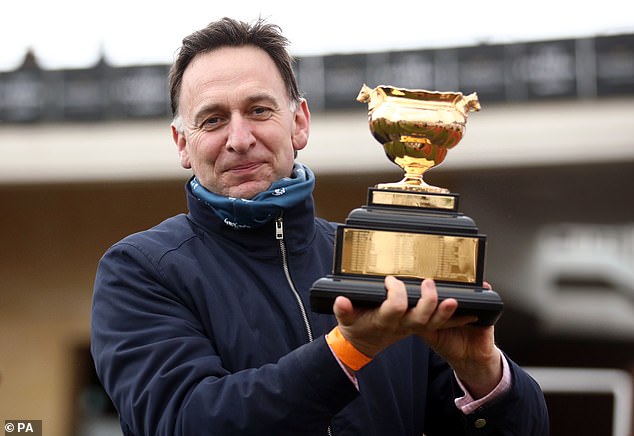