A car and house have been sprayed with bullets in what police believe was a targeted drive-by shooting.

The home on Carnelian Street in Leppington, on Sydney’s southwest fringe, was attacked about 9.45pm on Tuesday.

Shots were fired into the front of the home and a Mitsubishi Lancer parked outside found peppered with bullet holes.

Two men and a woman were at home at the time but unharmed.

A Leppington home in Sydney south-west was sprayed with bullets on Tuesday night. Pictured are police at the scene

Police are trying to track down a white van seen speeding south after the shooting.

A crime scene was established and examined by forensic officers as investigations continue.

‘Initial inquiries have led police to believe the incident was targeted,’ police said.

It’s understood it’s the second time the home has been targeted in the past five months. 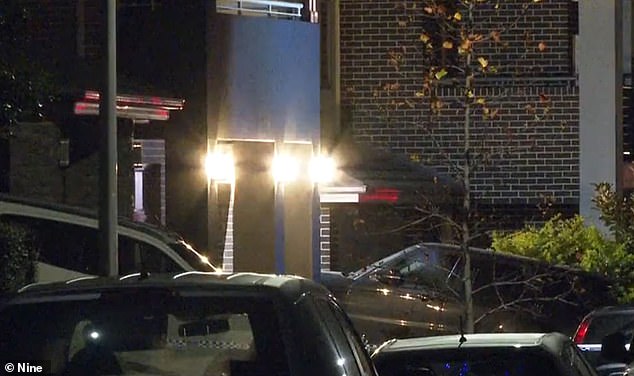 A man was shot three times as he stepped out of his black BMW SUV in the same Leppington street on December 29.

He was later identified as former Rebels bikie who had recently defected to the Bandidos.

The latest shooting was days after police set up Taskforce Erebus to coordinate investigations into a spate of fatal shootings involving rival organised crime gangs across Sydney.

Thirteen lives have been lost in gang violence in Sydney’s west and south-west in the past 18 months. 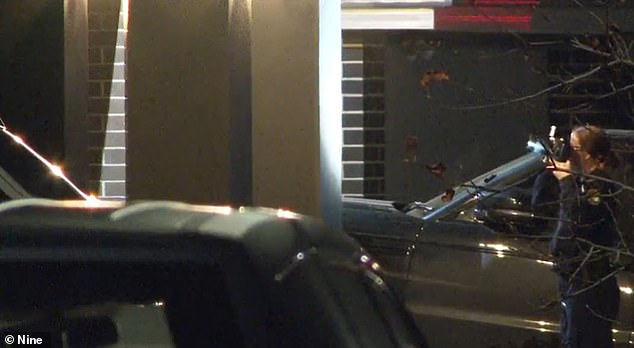