Hollywood actors Ryan Reynolds and Rob McElhenney confirmed they plan to make a documentary if their bid to purchase non-league football club Wrexham AFC is successful.

Speaking to 2,000 members of the fifth division side’s Supporters’ Trust on Sunday evening, Reynolds and McElhenney outlined their vision as part of their takeover bid before hosting a Q&A in which they confirmed Sportsmail’s story from September over a documentary series.

‘Sports is storytelling and is so woven into the fabric of the sport,’ Reynolds explained. ‘The Wrexham community is incredibly dynamic and supportive.’ 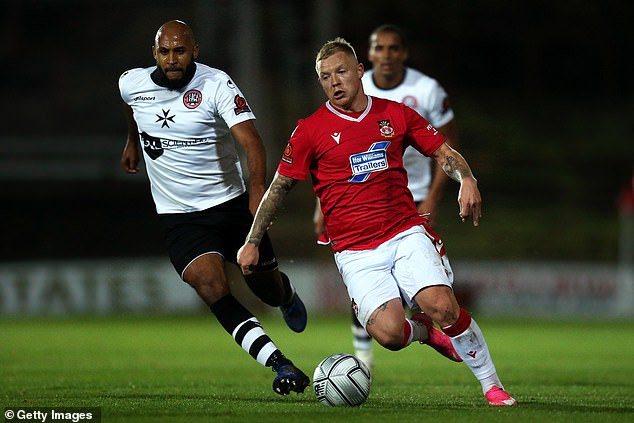 ‘I’ve watched all the football documentaries and been inspired by them.’

It proved a slick first address to supporters having been revealed as the mystery investors following a unanimous 97.5 per cent vote in September.

James Harrison represented the Supporters’ Trust alongside the two actors and they fielded a number of questions from their intentions, what they plan to invest in and how far they feel a fifth tier side can go.

‘We are taking this venture very seriously,’ Reynolds said.  ‘Why Wrexham? We believe your club is a sleeping giant, incredible story, stadium and fans. The sky is the limit. We want Wrexham to be a global force.’

‘We believe the club should be back playing league football as fast as we can do it,’ McElhenney added.

‘We will invest as much as we can financially and emotionally. I’m competitive and I want to win.’

Hundreds of questions were submitted and the call, which lasted one hour, covered topics such as cash flow, paid roles at the club and whether they had interest in investing in the women’s game.

‘It’s getting popular all over the world,’ Reynolds said on the question of a women’s team. ‘We’d be idiots not to recognise that. We want to foster and grow a women’s team too.’

Sunday’s meeting was recorded as part of the documentary film – provided they get the approval by 75 per cent of fans to continue their takeover. 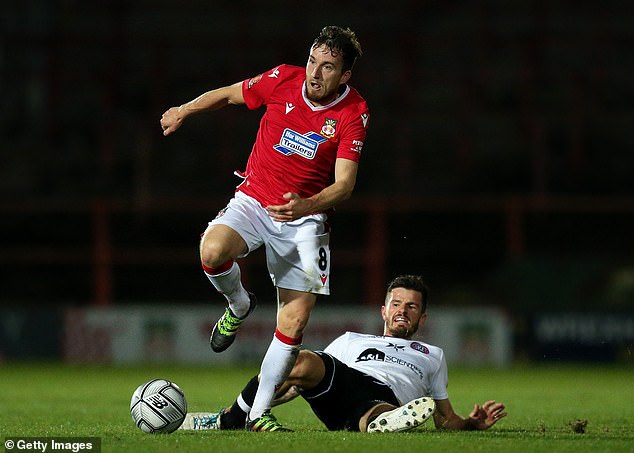 The initial outline of the takeover by The R.R. McReynolds Company, LLC, which was sent to members and seen by Sportsmail, detailed the key framework of how a switch away from being fan-owned would work.

Support for the Hollywood stars has come from Inner Circle Sports, the American firm which helped facilitate Fenway Sports Group’s takeover of Liverpool.

McElhenney, who at one stage during the call referenced the side from the 1977-78 season, explained that those behind the scenes had ‘been searching Europe’ for a team to purchase.

‘We had people looking all over Western Europe for a club, we wanted a community that we could identify with,’ he said. ‘We want to help build out and foster an infrastructure that will succeed. The team doesn’t belong to us, it belongs to a community.’

Reynolds and McElhenney plan to ‘acquire the entire issued share capital of Wrexham AFC Limited for one peppercorn’ before going on to invest £2million in the form of non-redeemable shares.

The projected initial investment has been earmarked for infrastructure, management, on the first team playing squad and facilities around the club. 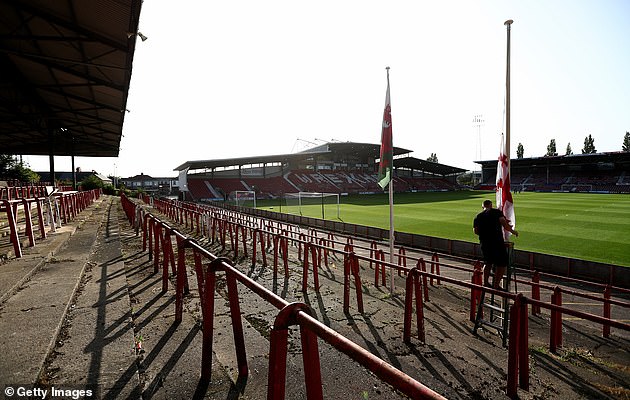 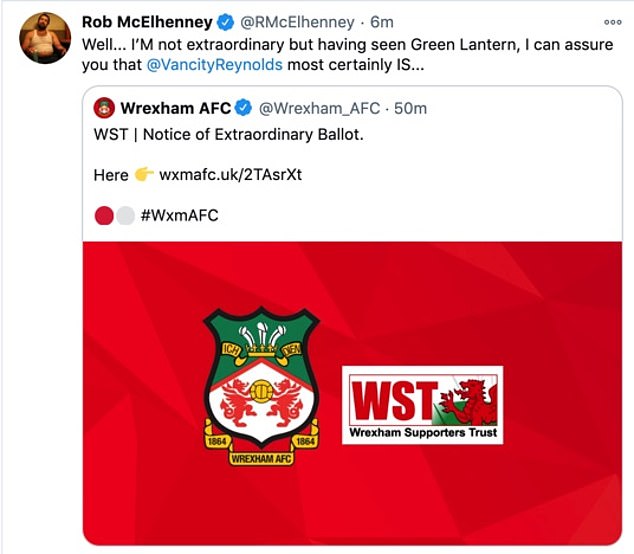 McElhenney tweeted that he ‘is not extraordinary’ at the announcement of Sunday’s virtual meeting with supporters. He now awaits news of the vote, which is due on November 16

‘It is a cash injection, no loans,’ Reynolds stressed. ‘We want the club to be sustainable. We want to build this club out, thoughtfully and carefully.

‘We don’t pretend to know better than the supporters. It’s a learning process for us, we are here to bolster the club with financial support and grow.’

Neither man has experience running a football club, something they both acknowledged, and their proposal includes appointing a CEO with ‘experience at a high level of a club’.

Reynolds explained: ‘I don’t have vast experience as a club owner. I want to take time to get to know the workings of the club.

‘There’s a good chance to bring in increased revenue with increased exposure. We’re not getting into this to make money but because we like building things.

McElhenney added: ‘Everything we do will be informed by the four principles. We will provide comprehensive financial support. We want to build a sustainable model. We want the best staff. We will hire a proper CEO experienced at running a club at the high level. And if we play Chester again, we will beat them!’

One of the key concerns for supporters surrounded the Racecourse ground and the knowledge that the club would not be moved out of Wrexham. Both actors confirmed neither would occur if they became owners.

Reynolds, who has varied business interests, replied to a 2012 tweet that said: ‘You never know when Ryan Reynolds is going to turn up in Wrexham.’ The Canadian-born actor told his 16.5million Twitter followers: ‘Yep, you never know.’

As part of the offer, Reynolds and McElheeney would enter into a sub-lease of the stadium for a period of 25 years. The annual rent of that sub-lease, controlled by the Supporters’ Trust, would stand at £115,000 per year.

Matters of historical significance for the club, such as playing in red and the design of the badge, would be under the control of the Supporters’ Trust and both McElhenney and Reynolds would need prior sign-off to change such elements.

‘It is mad, it probably puts the cherry on top of 2020 but in a good way,’ he told North Wales paper, the Leader.

‘It is an exciting time for the club and I think it is a great opportunity for the two investors to get hold of a football club with a big history, big reputation but also big potential as well. It could be a marriage made in heaven and I really hope that it works out to be that.’

The identity of Reynolds and McElhenney became public knowledge after a Special General Meeting for Supporters’ Trust members in September saw a unanimous 97.5 per cent  (1,223 members) vote inn favour of allowing the Trust to talk with the potential investors. 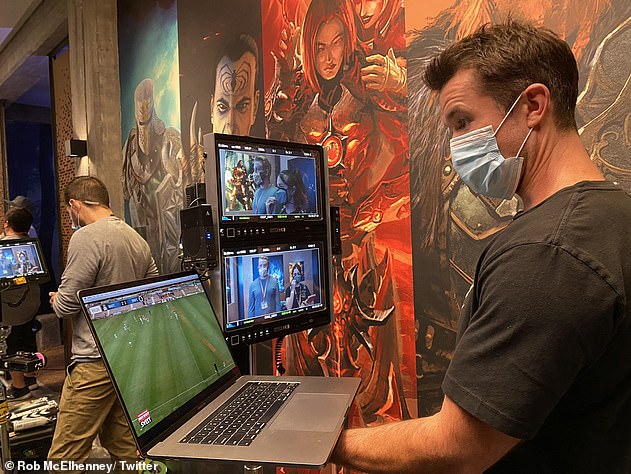 While neither man appears to have any direct link to the town, it is believed the history behind the former coal mining hub proved attractive.

Wrexham AFC is Wales’ oldest football club and stands as the third oldest professional side in the world, with their first game dating back to 1864.

They fell out of the football league in 2008 and have remained a non-league club since then and became fan-owned in 2011.

Managed by Dean Keates, the club currently sit 14th after the opening six games with two wins, three defeats and a draw.

Both Reynolds and McElhenney have spent recent weeks responding to the complete disbelief online following the announcement from the club of their interest.

Deadpool actor Reynolds retweeted an eight year old tweet that coincidentally mentioned about him turning up in the Welsh town. He comically quoted: ‘Yep, you never know’ and followed that up with ‘I’ve waited eight years to respond to this tweet’. 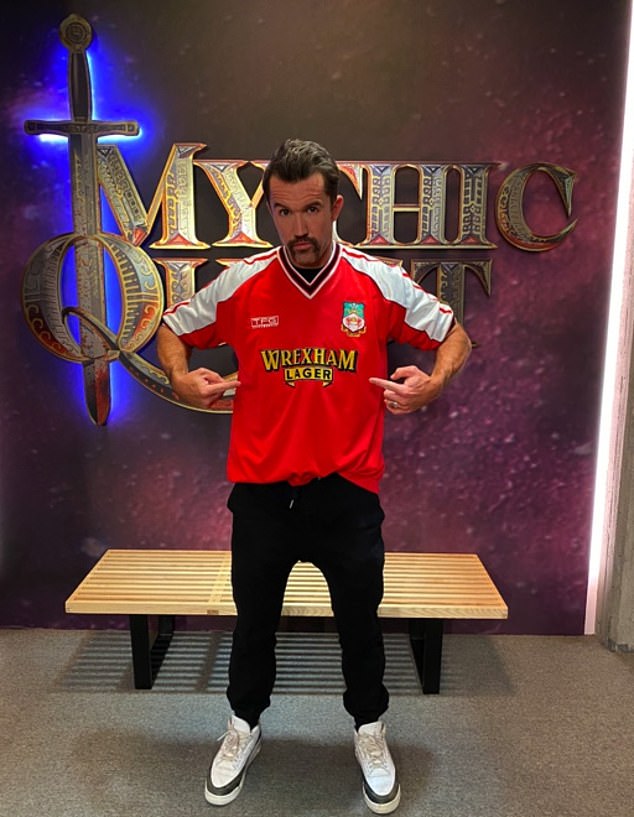 To further endear himself to fans, McElhenney sported the popular home shirt from 2001-02

Meanwhile, McElhenney, known for hit TV show It’s Always Sunny in Philadelphia, has shown himself watching the matches this season on live streams, to mixed success with two defeats and a draw in the last three.

The Mystic Quest: Raven’s Banquet actor has been photographed on set watching live streams of matches against Boreham Wood – which they won 2-1 – and Solihull Moors – a 1-0 defeat at Damson Park.

McElhenney also endeared himself to supporters by wearing a retro ‘Wrexham Lager’ home shirt which the team wore in the 2001-02 season under manager Denis Smith.