By Charlotte Dean For Mailonline

The Geordie Shore star, 29, confirmed their nuptials by posing with her husband sporting a sun hat which was embroidered with hew new double-barrelled name.

Holly and her beau Jacob, also 29, were forced to postpone their wedding last year when Covid travel restrictions prevented the day from going ahead.

The couple jetted out to the Balearic Island with a group of friends for the big day, including Holly’s former co-stars Sophie Kasaei and Zahida Allen.

Other familiar famous on the trip included Abbie Holborn and Nathan Henry, who also both starred alongside Holly in the hit MTV show

Holly announced the news on her social media by sharing the glamorous snap, wear she was sporting a cream crochet two-piece and  towering heels.

While her was not visible due to the wide-brimmed straw hat, her blonde wavy locks cascaded down her back in the poolside photo. 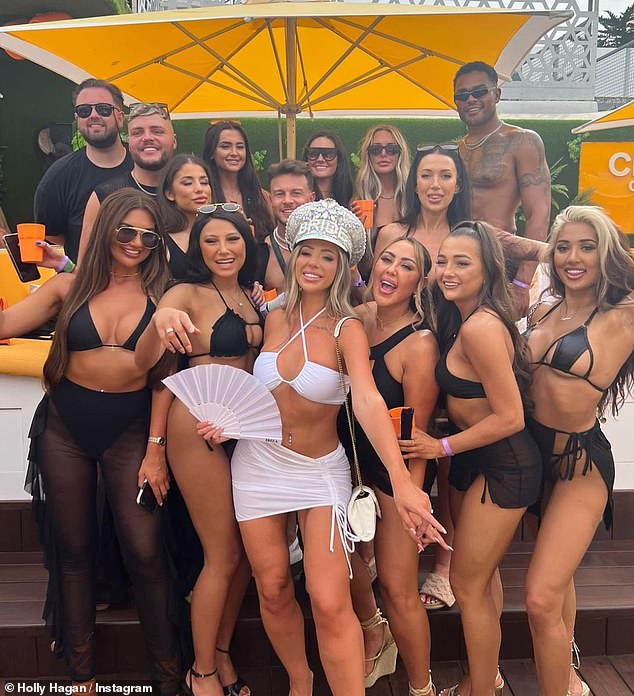 Reality star pals! The couple jetted out to the Balearic Island with a group of friends for the big day, including Holly’s former co-stars Sophie Kasaei and Zahida Allen 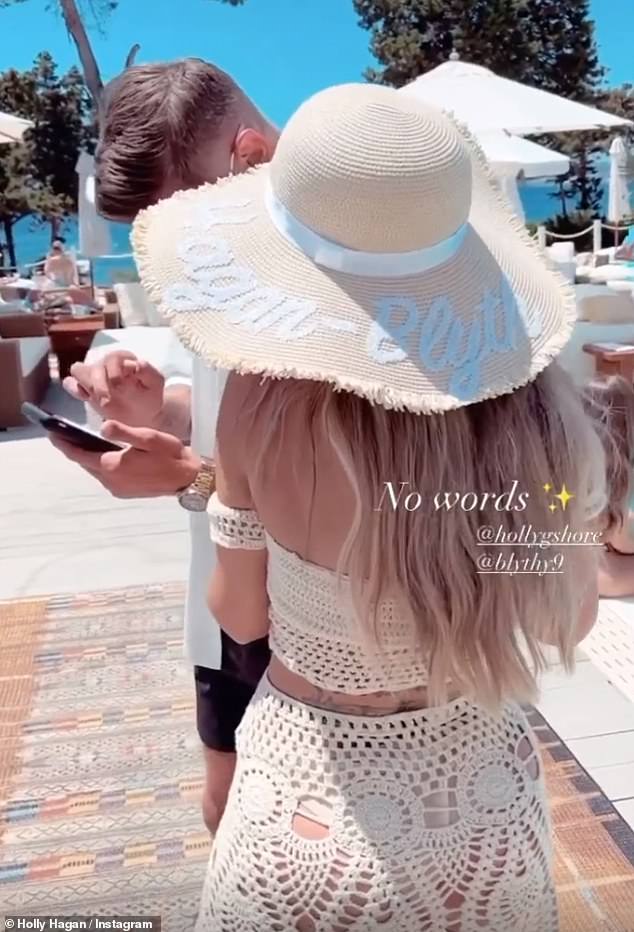 ‘No words’: The Geordie Shore star, 29, confirmed their nuptials by posing with her husband sporting a sun hat which was embroidered with hew new double-barrelled name

Jacob shared the same image on his own Instagram and wrote: ‘Posing by a pool with my new wife.’

Last May Holly confirmed she had postponed her wedding due to Covid travel restrictions, but intended to tie the knot in Ibiza during summer 2021.

Sharing a lengthy update on Instagram, the beauty revealed that she feels like a ‘weight has been lifted’ now the couple know what’s happening with their big day and gushed: ‘What’s another year when we have forever.’

Pushed back: Holly Hagan has confirmed that she’s postponed her Ibiza wedding to fiancé Jacob Blyth until 2022, saying she now feels like a ‘weight has been lifted off her shoulders’ 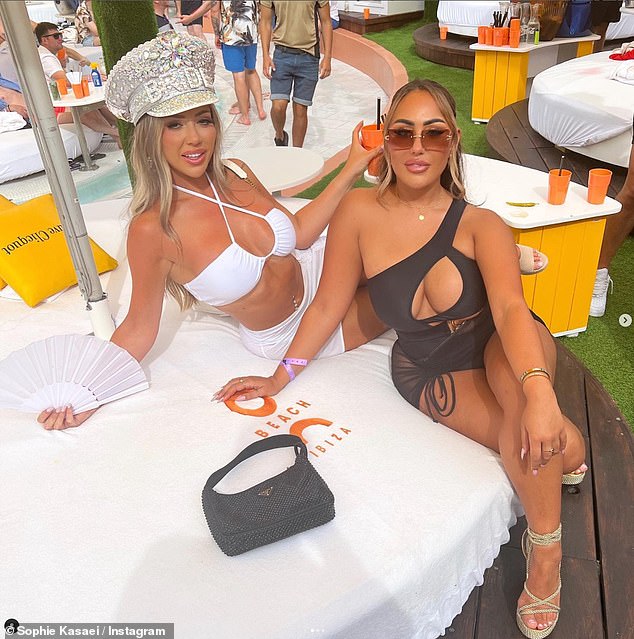 Best pals: Geordie Shore star Sophie was in attendance at the bash

Taking to social media, Holly shared a stunning snap of herself modelling lacy bridal lingerie and a veil to announce the change of plans.

Holly penned: ‘To be honest I feel like a weight has been lifted of my shoulders. We had been positive the whole way through but as a safety net I never once let myself get excited. Although I did spend 2 days packing my case.

‘Prepare for the worst and hope for the best’ had been my phrase for this and tbh that’s not how you should feel about one of the biggest days of your life. 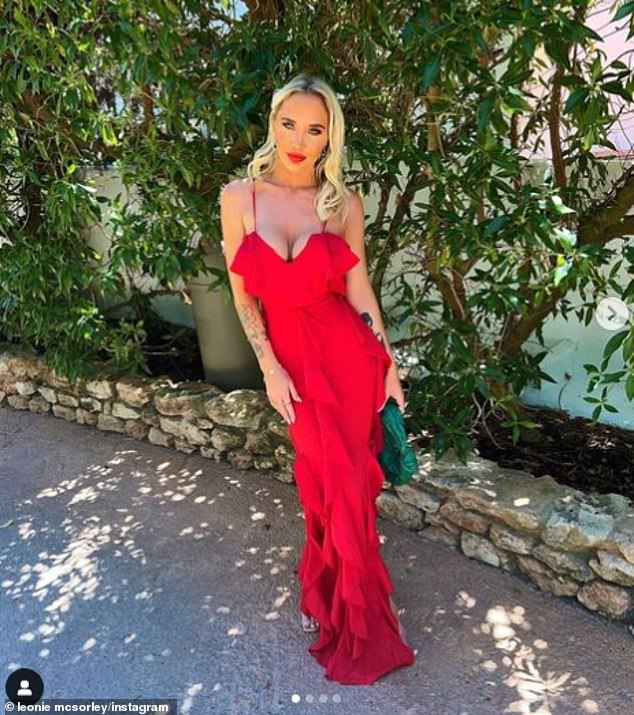 Wow! Ex On The Beach star Leonie McSorley attended the wedding in a red gown

‘At the end of the day I’m so lucky to have found the man I want to spend the rest of my life with and what’s an extra year when we have forever.’

The reality star then continued that she and Jacob are happy to wait for their ‘dream’ wedding day and don’t want to ‘rush’.

She added: ‘Were not going to rush into a wedding for the sake of it just to say we’re married. I want us to have the day we always dreamed of, and if we have to wait another year for it then that’s just another year to do it bigger and better.

‘When the time finally comes we are going to be even more grateful and overwhelmed with the people we have around us and each other.’