EXPRESS INFORMER > Sports > Holland: Louis van Gaal is ‘in a lot of pain’ after fracturing his hip in bicycle accident

Louis van Gaal is ‘in a lot of pain’ after fracturing his hip in bike accident but says he can manage Holland’s crucial World Cup qualifier because ‘coaching is verbal and you do it with your brain’ – despite taking training in a golf buggy!

Louis van Gaal may have fractured his hip but the Holland manager is determined to be on the sideline on Tuesday night as they look to secure World Cup qualification.

The 70-year-old has hurt himself after falling off his bicycle while cycling back to the team hotel after training on Sunday night.

As a result, the ex-Manchester United boss – who underwent a hip replacement on the other leg in 2012 – is now using a wheelchair to get around following the incident. 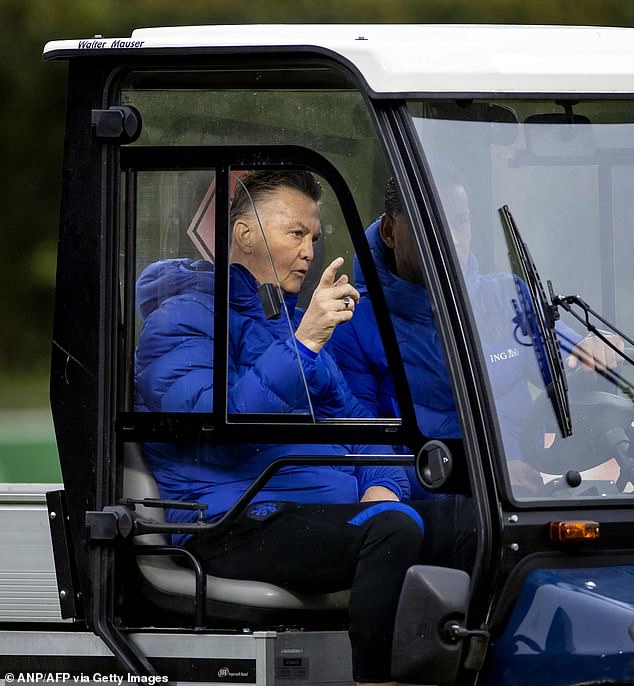 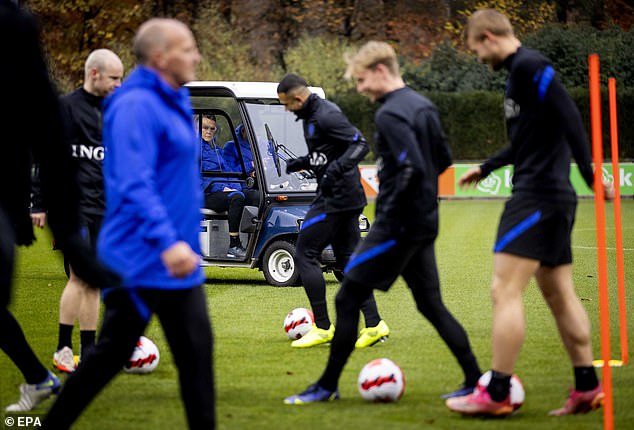 Van Gaal managed to oversee the Dutch training session on Monday after being driven around practice in a golf buggy by coach Henk Fraser while his other assistant Danny Blind took the warm-up.

And speaking about his own ailment, Van Gaal admitted that he’s dealing with severe pain but will do everything to take charge of their final qualifier against Norway in Rotterdam.

‘Physically it’s not going well, I’m in a lot of pain’, the stricken Van Gaal said on Monday a video call after his wheelchair wouldn’t fit through the door to allow him to take the press conference normally. 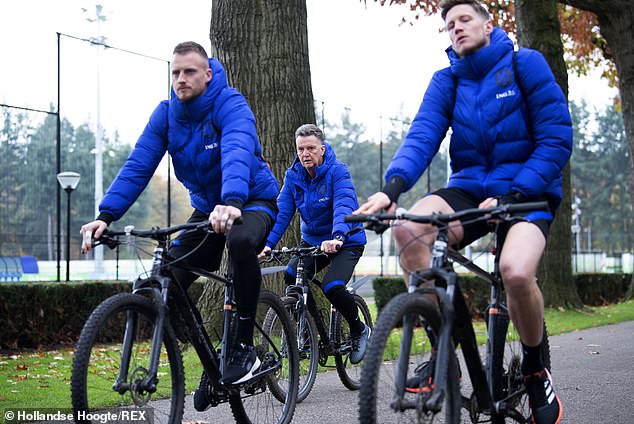 ‘That’s why I’m in a wheelchair. There is a fracture in a bone.

‘I can do everything [coaching], because my brain works. And there are resources that are made available.

‘It doesn’t look natural, I understand that. But I think coaching is verbal and you do it with your brain.

‘You convince the team with your presentation. I did everything I would normally do.’

Van Gaal has been told he doesn’t need an operation but just has to rest and as he tried to explain his injury to journalists on Monday it caused some light-hearted amusement to captain Virgil van Dijk as reporters failed to follow the former’s description.

Louis van Gaal’s wheelchair couldn’t fit through the door so he attends the press conference through a livestream.

He started explaining his injury which not many people understood… Van Dijk’s face… ?? pic.twitter.com/gdeHQlflaU

However, with Holland knowing a victory will guarantee their first World Cup finals appearance next year since 2014, Van Gaal will be doing everything in his power to ensure that happens under his watch.

They currently top Group G – but are only two points clear of Turkey and Norway going into their last game.

Holland could fall to third and miss out on the automatic qualification place and a spot in the play-offs if they lose to the Norwegians and the Turks win in Montenegro.