When Shelagh McLeod’s film Astronaut is released this month, it will be a moment of triumph for the first-time director. Few women, after all, have made their directorial debut at the age of 59 with a major movie starring an Oscar winner.

With Richard Dreyfuss in the lead role (an Academy Award winner in 1978), the film is testament to Shelagh’s tenacity and powers of persuasion.

It also comes as rather wonderful proof of the long-overlooked directorial talent of midlife women: Astronaut has been nominated for five National Film Awards this July. Shelagh is up against Sam Mendes, Guy Ritchie and Ken Loach for Best Director; while Dreyfuss, 72, has also been nominated for Best Actor.

Though the film won’t now open in cinemas because of Covid-19, it is still being released digitally.

So how on earth did she do it? As an actress of more than 35 years experience, playing leads on TV including Dr Kate Webster in Peak Practice and Matron Judith Marchant in Holby City, she’s no stranger to the entertainment business, but not exactly a shoo-in for a behind-the-camera role on a major movie either.

The answer is down to a courageous act of midlife reinvention. At the age of 48, McLeod put her acting career on pause to study film at Kingston University, knowing it was a risk, but desperate to scratch an itch she’d long felt. ‘Going back to school was one of the best things I did,’ she says.

Astronaut is about a grandfather who wins a competition to go into space, and focuses unapologetically on the trials of old age.

In the film Angus (Dreyfuss) has lost his wife to dementia, and while his daughter and her husband try to persuade him to move into a retirement home, he refuses to be put out to pasture.

Instead he enters a TV contest to win a seat on a passenger space flight. With his heart problems, it could kill him, but he would rather burn out than fade away.

Also, I wasn’t an easy sell: a first-time, middle-aged TV actress who wanted to direct,’ she laughs.

Astronaut is about a grandfather who wins a competition to go into space, and focuses unapologetically on the trials of old age. It stars Richard Dreyfuss (pictured)

She had to ‘kick down a lot of doors’, but she and her female producer eventually got the script into Dreyfuss’s hands. ‘His wife, Stella, read it and said: “Richard, you must do this story.” Later, Richard told me he had been looking for a script like this with an uplifting ending.’

After that things moved fast. She raves about Dreyfuss’s wit and humility on set in Ontario, Canada, in midwinter.

‘Like a magician he connects to the camera. He’s also a trooper, he never complained about shooting in freezing weather.’

She wrote Astronaut to challenge taboos about ageing. ‘You get to a certain age and you’re marginalised, you’re forgotten about,’ she says poignantly.

But it is also inspired by events in Shelagh’s own life, including the loss of her parents.

When her mother became very frail at the age of 85, Shelagh and her siblings took the decision to move her into a nursing home.

‘There was this old guy in a wheelchair, sitting in the garden, whether it was raining or boiling hot. He was always looking up at the sky and one day I drummed up the courage and asked: “What is it that you’re looking for up there?” And he replied: “Another go.” It broke my heart.’

One of the most affecting scenes in the film features a well-meaning nurse trying to drag Angus off the verandah as he gazes up in awe at a comet passing overhead. 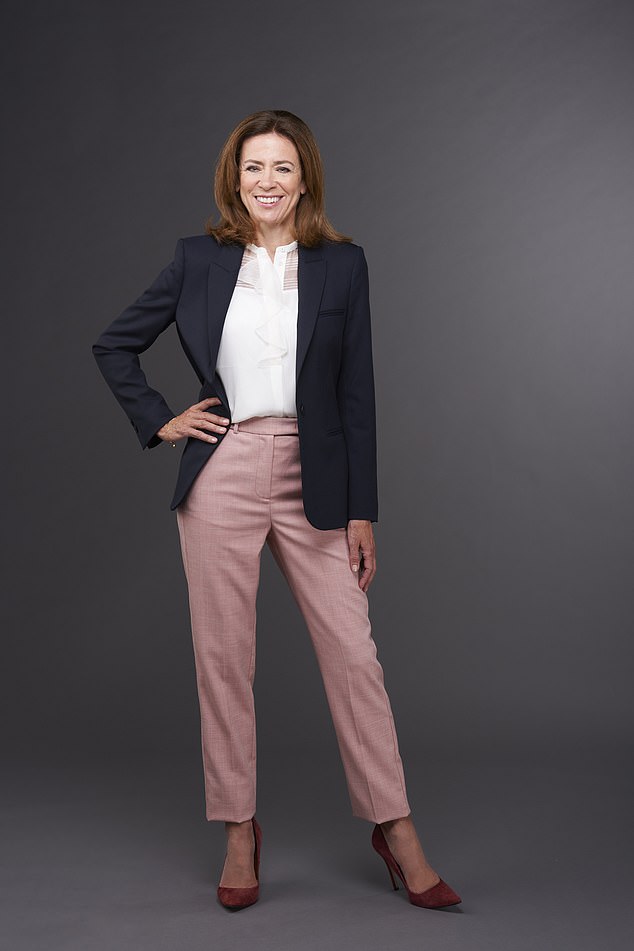 Shelagh (pictured) raved about Dreyfuss’s wit and humility while they were on set in Ontario, Canada, in midwinter

Shelagh’s father, Duncan, a textile expert who died of cancer at 61, had always wanted to go into space. ‘He instilled in me this love of what’s out there, the wonder of the universe.

‘I was dyslexic and struggling to read age eight, but when he handed me a science-fiction book, I could piece the story together and it just gripped me.’

Growing up in Surrey, she dreamed of becoming an astronaut, but at seven, she and her classmates were extras in the 1968 film Isadora, with Vanessa Redgrave playing dancer Isadora Duncan.

‘I was one of the kids running down a hill in the film, and I remember thinking how amazing Vanessa was. But I was also looking at the camera crew, and thinking: I’d like to do that.’

‘I went to drama school and immediately went into this crazy world of dance and drama.’ Her dancing hopes were dashed however, when she developed scoliosis at 13, so she decided to focus on acting. 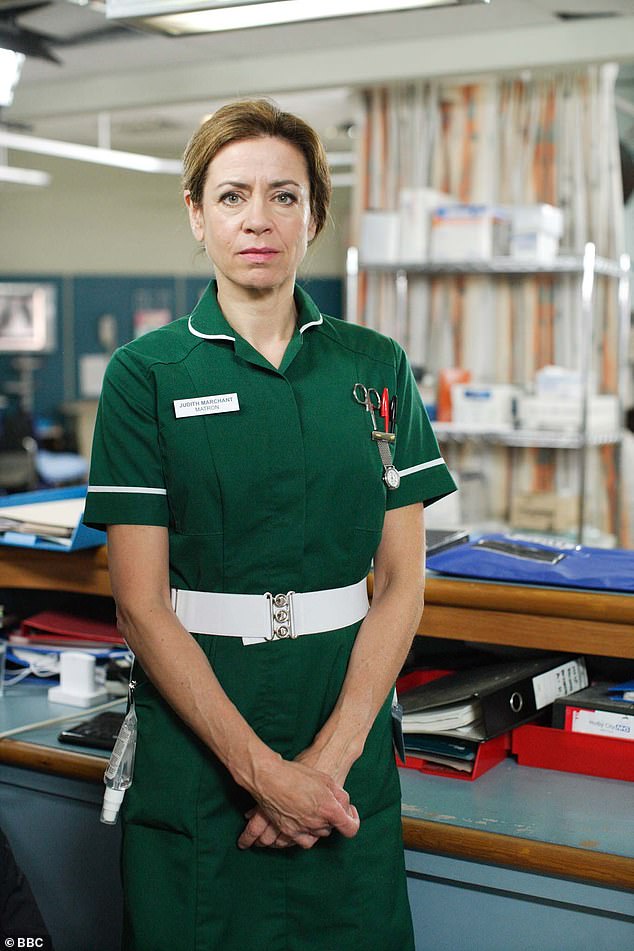 Age 20, she was cast as ‘Young Jean’ in Cream In My Coffee, written by Dennis Potter, and then appeared in TV movies Between Friends with Elizabeth Taylor and Pygmalion with Peter O’Toole.

She also spent eight years in LA, where she appeared in The A-Team, and married American actor James Jordan. When they divorced, she returned to the UK and worked on Peak Practice as a lead for ten years.

During this time she met her second husband Marek Pilkington Miksa, who runs a property company, and had her daughter, Katherine. But in her 40s she began to question life as a jobbing actor.

She had directed a Whiskas cat food commercial in her early 30s, which made her realise there was something missing from acting. ‘Before my mum died we had some intense conversations about how I’d always longed to write and direct.’

Her mother, Rose, sympathised. As a young woman she had worked at Bletchley Park, then gone to drama school before becoming a full-time mother. ‘She said, “You must go to film school.” ’

Clearly Shelagh had bags of untapped talent. Her first two short films, David Rose and Run (inspired by a young boy she lay next to after surgery for scoliosis) won awards at festivals. 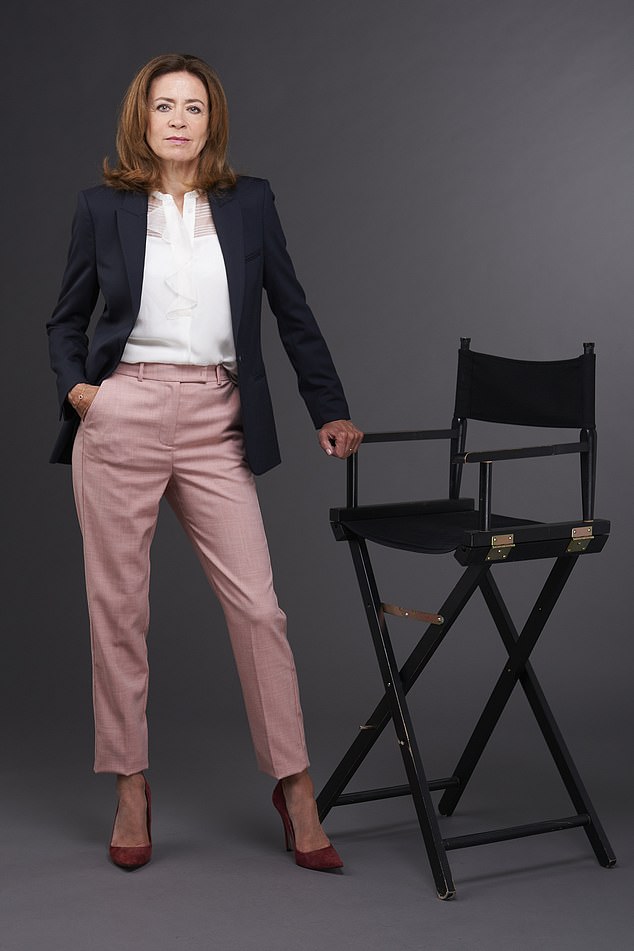 Age 20, Shelagh was cast as ‘Young Jean’ in Cream In My Coffee, written by Dennis Potter, and then appeared in TV movies Between Friends with Elizabeth Taylor

But making Astronaut was always going to be harder. The first day of filming felt ‘like being shot out of a water cannon at great speed’. To her astonishment, the film was selected for the Edinburgh International Film Festival last June, and shortlisted for Best Film.

She’s currently fine-tuning her next script, Nexus, about a female astronaut.

The script was chosen for the Writers Lab scheme mentoring women screenwriters over 40, funded by Meryl Streep and Nicole Kidman, among others.

She hopes the success of Astronaut will inspire more female film makers, but most importantly, it’s a film about dreams and second chances, dedicated to her mother, father and the man in the nursing home.

‘And every one of their generation who have been shuffled off.’ As she says: ‘At 95, you should still be listened to.’

Astronaut is out 27 April on all major UK video-on-demand platforms including iTunes, Amazon, Sky, Virgin, Google and Rakuten.