Animal cruelty investigators were confronted with a grotesque scene when they entered a suburban home filled with mountains of rubbish, rotting plastic bags, empty bottles and decomposing birds.

A man and woman were arrested after a search warrant was executed at their home in Liverpool, western Sydney, by two NSW RSPCA Inspectors on January 12.

The hoarders appeared at Liverpool Local Court last month facing animal cruelty offences for keeping more than 90 birds inside the apartment amid the squalid mess.

Photos of the interior of the apartment were uploaded by the animal welfare agency on Thursday, revealing the full scope of the poor living conditions.

NSW RSPCA inspectors have uncovered mountains of rubbish, bottles and plastic bags at a hoarder’s apartment in Sydney’s west 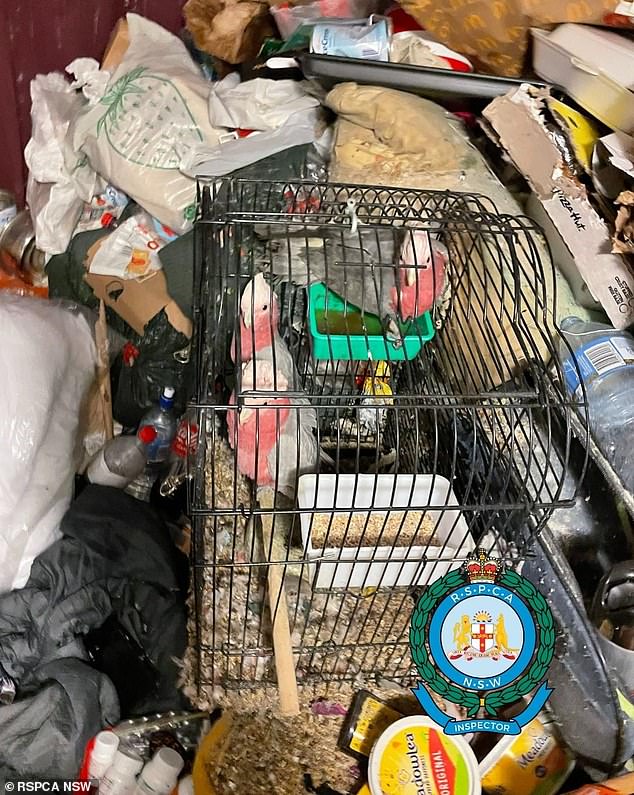 NSW RSPCA said in a statement that there were ’19 bird cages’ in total along with debris ‘stacked to the ceiling’ in some rooms.

The cages were ‘extremely overcrowded’, with 50 birds living inside the cages and another 42 deceased.

‘The majority of the cages were surrounded by rubbish and were littered with a build-up of seed and waste material. None of the cages contained clean water, and most of them had no access to natural light,’ the statement said.

‘In one of the cages, the accumulation of old seed and faeces was so extreme that the birds inside had no perch, or ability to stretch out their wings.’

The surviving birds have since been taken to a RSPCA NSW facility in Yagoona for assessment and treatment. 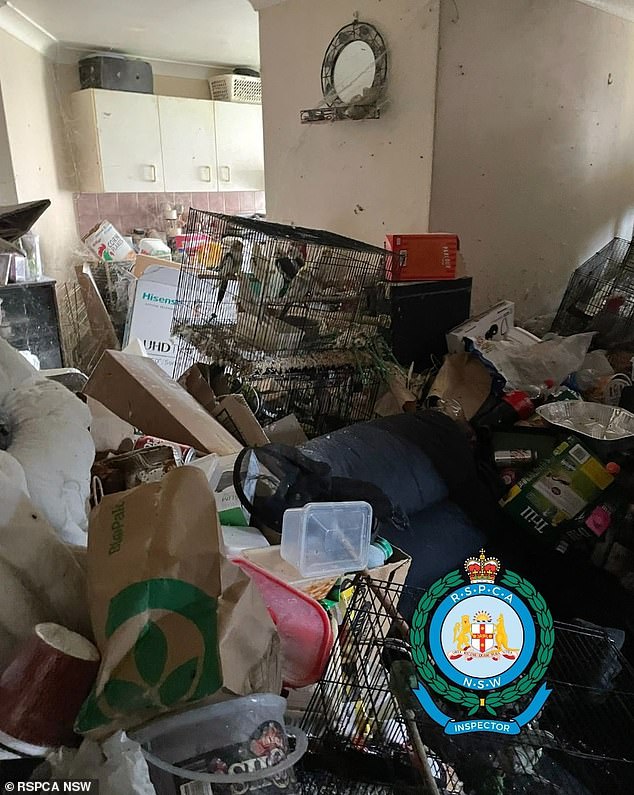 Photos taken by inspectors were uploaded by NSW RSPCA on Thursday 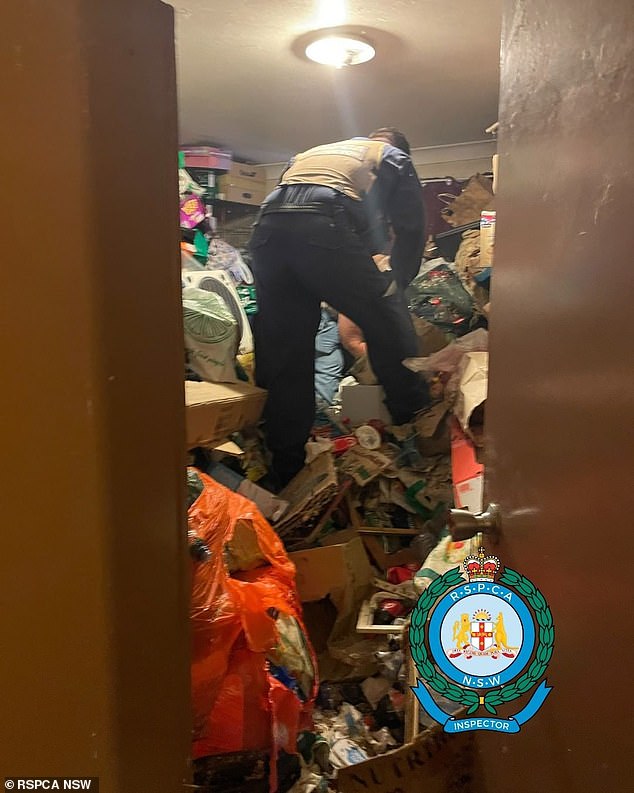 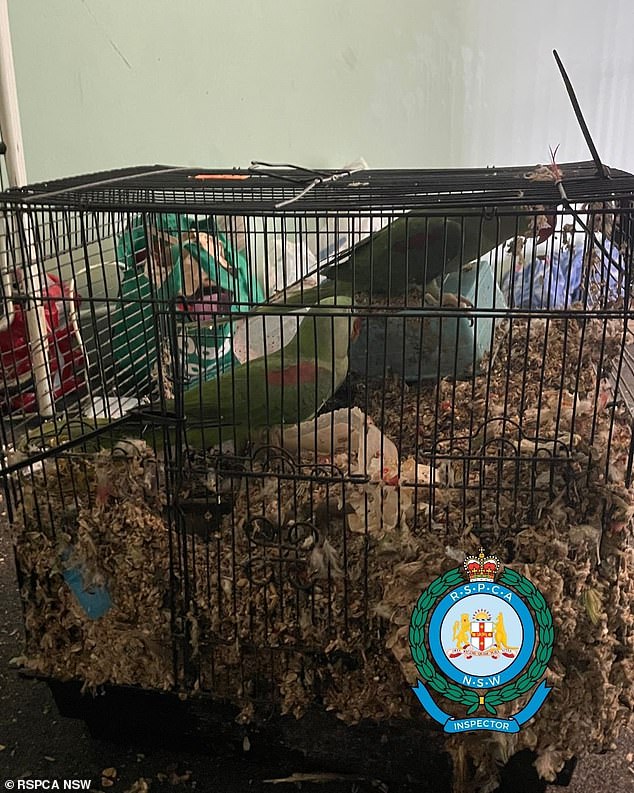 There were 12 birds that were severely underfed and five that had eye issues.

One of the NSW RSPCA inspectors described the extremity of the scene after executing the search warrant.

‘It was an incredibly confronting experience witnessing the poor living conditions that these birds were subjected to.’

‘It is so sad to think about how long these animals were suffering, and how this dreadful situation was completely preventable,’ he said. 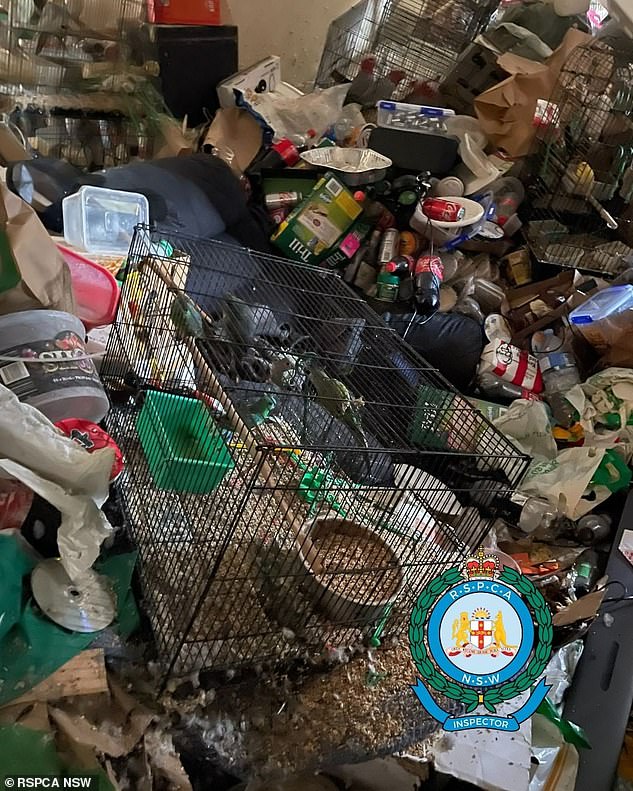 Veterinarians said the birds were suffering chronic health problems. There were 12 severely underfed and five with eye problems 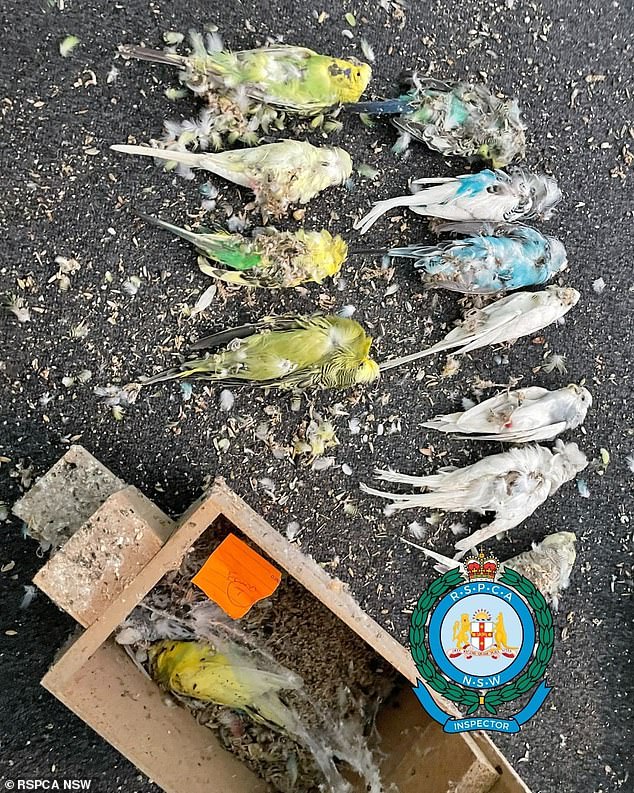 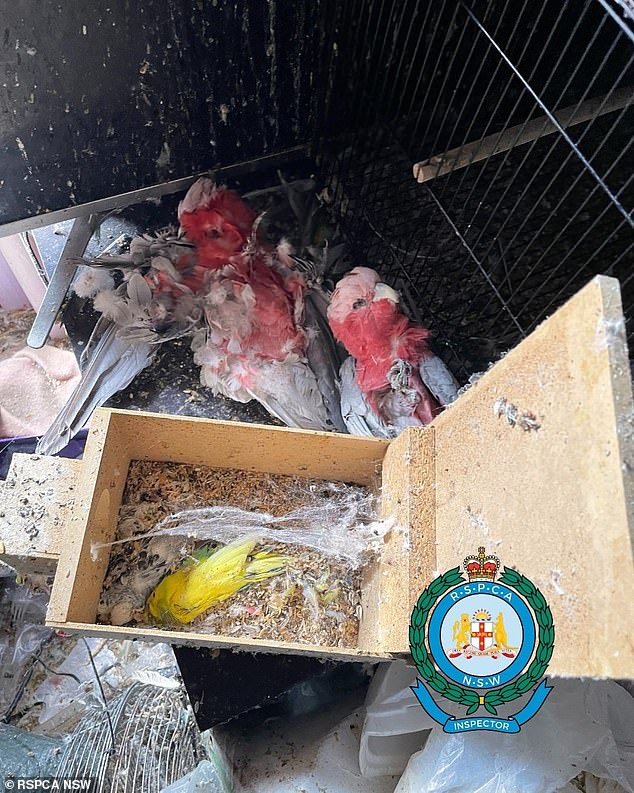 The hoarders have been convicted of animal cruelty offences in court. They were ordered to pay thousands in care and shelter costs for the surviving birds

The hoarders were convicted of offences related to not providing adequate housing for the 50 surviving birds in the apartment and not providing treatment for the birds with health conditions.

They were each fined $6000 each, given a two-year Community Corrections Order and two-year disqualification orders.

The man was also ordered to pay $12,027.85 and the woman $6,728.43 in vet bills including care and shelter costs for the surviving birds at the RSPCA facility.

The convicted woman told inspectors that she was the owner of the apartment and that her ex-partner stayed part-time and owned some of the birds found inside.

RSPCA NSW had executed a search warrant at her property after previously trying to visit the apartment on multiple occasions.