EXPRESS INFORMER > Business & Finances > HMRC should refund VAT on my self-build house, where is my money?

Myself and my wife have built a new home to live in over the past two years, and finally moved in earlier this year.

We were hoping to take advantage of a Government self-build scheme whereby HMRC will refund the VAT that DIY home builders have paid for things like construction services and materials.

We paid this out of our own pocket during the build and it amounted to about £36,000, so understandably we were keen to claim it back as soon as possible and sent off all the evidence to HMRC at the end of April.

According to HMRC we should have received notice that our claim was being dealt with within six weeks, but this never came.

Taxing: Reader J.R applied for a VAT refund from HMRC on the expenses he incurred when building his own house – but the money has not turned up (picture posed by model)

We recently received a ‘reclaim ID’ for our case, but more than six months since the application we are no closer to finding out whether our claim will be approved or how long it may take for the refund to be paid.

I have been calling HMRC since June, and every time I am told that the relevant department is very busy, Covid has caused delays and they can’t provide any more information.

This is £36,000 of my money and in these hard times we need every penny we can get. It just seems to me that they are holding the money as long as possible and I’m sure if the boot was on the other foot and I owed £36,000 for six months I would get threatening letters weekly.

I’m not sure you will be able to help but I’m just so fed up being given the brush off by Government departments with rubbish excuses. J.R, Essex

Helen Crane, This is Money, replies: Sorry to hear about this. HMRC famously told us that paying your tax doesn’t have to be taxing, but claiming it back certainly has been for you.

For years the UK has suffered from a severe lack of new homes, and one of the many ways the Government has tried to solve this is by giving enterprising types such as yourself who decide to build one some money off their tax bill.

They need to send invoices, building plans and other proof to HMRC within three months of moving in, and according to the Government website ‘HMRC will write to you about when you can expect your VAT refund if your claim is successful. They will usually write to you within 6 weeks.’

It should be a win-win – but the system falls down if have-a-go homebuilders such as yourself find they can’t claim the money back for months on end. Building a home is expensive, and most will be thousands out of pocket.

When you called HMRC you were faced with a litany of excuses. You were told the Newcastle-based DIY Building team which deals with these claims was very busy, that there were a lack of staff available to process your documents and that delays were still being caused by the pandemic.

You rightly say that, if the situation was reversed and someone was more than six months late paying their tax bill, HMRC would probably be looking a bit more lively.

I got in touch with HMRC to ask what the hold-up was. I am pleased to say that, within a few days, you received £21,000 in to your account.

It isn’t the full £36,000 that you claimed, but hopefully it will go some way to plugging the black hole in your bank account.

An HMRC spokesperson said: ‘We’re sorry [the claimant] has waited so long. We have reviewed his claim and a repayment will be with him within five working days.’

The department didn’t get back to tell me the reason for the delay, or why you didn’t receive the full amount you claimed, in time for publication, but I will update readers when I hear back.

Also this week, reader Muriel got in touch to tell me about her train pain she experienced when trying to get from her home in Berkshire to visit her daughter in Cornwall.

Those of us that regularly travel on public transport have been plagued by delays and disruption this year, and getting your money back when this happens can be a real challenge.

After months of complaints Muriel and her daughter feared they had reached the end of the line, but I decided to take a look into their case.

Muriel explained: ‘My daughter booked me a return train from Reading to St Austell, Cornwall in June so that I could go and visit her. She booked it on the ticket website Trainline and it cost £58.25. 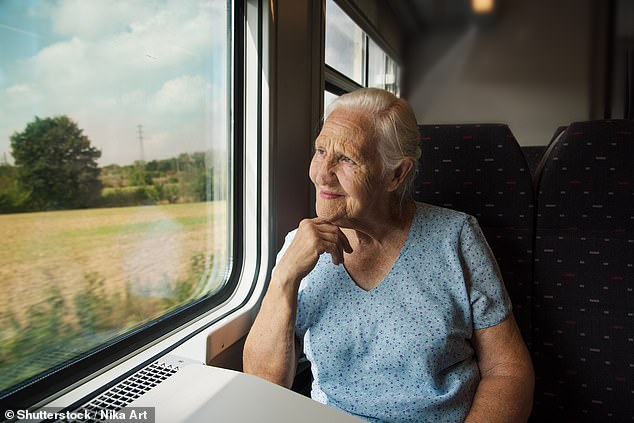 Travel trouble: Muriel had a train booked to visit her daughter, but had to change it at the last minute and needed to find an alternative with a booked seat (picture posed by model)

‘The day before, we got an email saying that the outward train we booked would no longer stop at St Austell because of a strike, but that we could make changes to the booking free of charge.

‘I am 78 and need to catch a direct train and have a booked seat. I also needed to be picked up at St Austell so I couldn’t go to a different station.

‘But when my daughter tried to rebook the ticket free of charge as the email said, she wasn’t able to do so. Running out of time to get the journey booked, she changed the outward leg to a train later that day and paid an extra £57.25.

‘We have since been trying to claim this money back from Trainline but it has refused. My daughter has sent endless emails but the company has made various excuses.

‘It said that I couldn’t have a refund as the train ran “part way” and also that its administration charges wouldn’t cover the cost of the ticket. How can this be right?’

Helen replies: Travel trouble can be traumatic for people of any age, but it is particularly difficult for older people for whom it might not be possible to alter their route or take a different form of transport.

Changing plans last-minute can also mean they lose their booked seat, leaving them facing a long and uncomfortable journey.

I got in touch with Trainline, a third-party site which sells tickets for multiple train operators, to find out its policy on refunds and itinerary changes.

I’m pleased to say that a refund for the £57.25 second ticket is now on its way.

A spokesperson said: ‘We’re sorry for the confusion caused and a refund for the replacement ticket is on its way. In the event of a disruption, including those caused by strikes, we reach out to our customers to provide information on what to do next.

‘If a customer’s train is cancelled, their existing ticket becomes valid for the operator’s next available train. If a customer wants a seat reservation on this service, this can be arranged by contacting our customer service team without any further charge.

‘Alternatively, if a customer prefers to travel the same journey at a different time of day or date, they can also change their ticket without a fee, or receive a full refund.’ 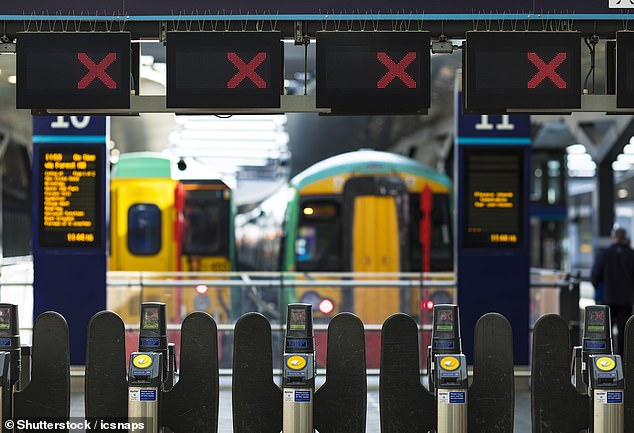 Strike out: Trainline says customers should be able to travel on the next available service if their journey is cancelled due to a strike

Muriel could have travelled on the next train with her ticket, but with less than a days’ notice and a lack of clarity on how to alter the booking on the website or secure a new seat reservation, I can understand why her daughter booked another one to ensure she could travel safely.

Either way, it shouldn’t have tried to fob off an elderly customer by saying that she could have travelled on the train to another destination, or that its admin fees wouldn’t cover the cost of the ticket.

I’m glad Trainline has done the right thing and sent the money back, and hope that Muriel’s future trips to Cornwall don’t get derailed by cancellations.