Australia’s worst inflation spike since the introduction of the GST two decades ago could deteriorate unless the Reserve Bank raises rates on Tuesday.

Wars have historically caused inflation to soar to double digits with Australia’s latest cost of living crisis another case of global turmoil pushing up prices and inflicting financial pain on consumers.

An early 1950s conflict in Korea and a 1970s oil crisis in the Middle East could be a taste of things to come if history repeats and the Russia conflict worsens.

‘It could if we let it,’ he told Daily Mail Australia.

In 2022, Russia’s invasion of Ukraine has pushed up crude oil prices, causing average petrol prices in Australia to climb above $2 a litre last month for the first time ever.

Fuel prices surged by 11 per cent, the fastest annual pace since 1990 when Iraq invaded Kuwait and sparked the Gulf War.

Subsequently, Australia’s 5.1 per cent annual surge in the consumer price index in the March quarter was the fastest inflationary increase since the introduction of the GST two decades earlier.

How inflation in 2022 compares historically

SEPTEMBER 1956: 7.6 per cent during Suez Canal crisis in Egypt

MARCH 1980: 11 per cent after Iran revolution and American hostage crisis

The Reserve Bank is now widely expected to raise interest rates on May 3, with inflation well above it’s two to three per cent target.

But this latest inflation crisis is far from the worst Australia has confronted since the end of World War II.

In the December quarter of 1951, Australia’s annual headline inflation rate hit 23.9 per cent.

The Korean War had caused a 250 per cent surge in wool prices after the United States bought huge stockpiles of the commodity just in case the conflict deteriorated.

Wool was also one of Australia’s biggest exports at the time, with New Zealand farmers also benefiting.

By September 1951, Australia’s headline inflation climbed to 20.5 per cent and stayed in double digits until December 1952, when it moderated to 10.5 per cent.

‘Sometimes they refer to it as the Korean War wool boom, we saw massive increase in demand for wool which had an impact by pushing up the wool price,’ Dr Oliver said.

‘That had flow-on to clothing prices generally.’

Inflation stabilised until 1956, hitting 7.6 per cent in September that year during the Suez Canal crisis in Egypt. 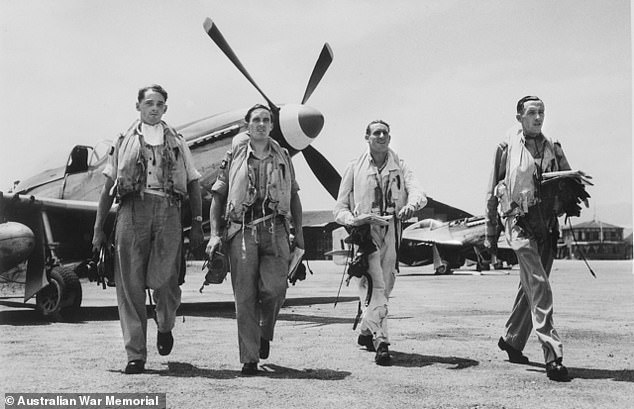 In the December quarter of 1951, Australia’s annual headline inflation rate hit 23.9 per cent. The Korean War that began in 1950 caused a 250 per cent surge in wool prices after the United States bought huge stockpiles of the commodity just in case the conflict deteriorated (pictured are RAAF pilots in 1950 who were based at Iwakuni in Japan during the Korean War)

The consumer price index remained relatively subdued throughout the 1960s but spiked again following the October 1973 OPEC oil crisis when Arab nations cut back on their oil exports.

They had sought to retaliate against nations that had supported Israel during the Arab-Israeli War, and caused crude oil prices to multiply four-fold after prices had already risen.

‘We had already moved into an inflation mentality by the time the OPEC crisis came along,’ Dr Oliver said. ‘It just made things a lot worse.’

But under his successor Liberal Malcolm Fraser, inflation stayed in the double digits until September 1977, when it moderated to a 13.3 per cent.

Inflation hit double-digits again in 1979 after Islamic revolutionaries in Iran overthrew the Shah, with the CPI hitting 11 per cent by June 1980 as the hostage crisis involving American diplomats killed off the re-election prospects of U.S. president Jimmy Carter.

Dr Oliver said inflation often led to wage demands, leading to companies putting up the prices of goods and feared this could happen again unless the Reserve Bank increased the cash rate tomorrow by 0.4 percentage points – instead of 0.15 percentage points as the big banks are expecting – to send a clear signal to consumers.

‘It’s all about inflationary expectations,’ he said.

‘I know memories have dimmed from of the 1970s but a key lesson from that period is that unless you get an initial spike in inflation under control fairly quickly, people will assume it will be permanent and they will demand much higher wages of five to six per cent and companies will start budgeting on the basis they’re going to be raising their prices every year by five or six per cent and that can become a bit of a spiral.’ 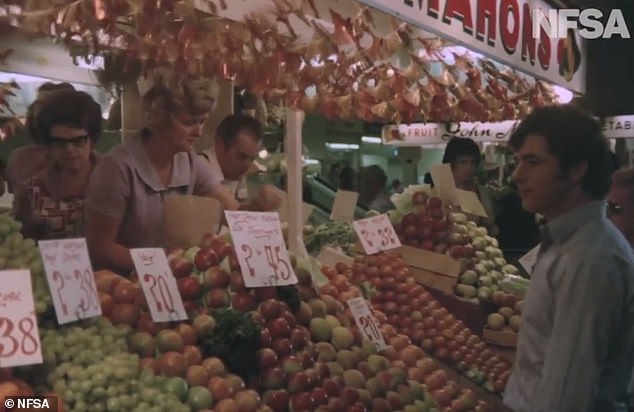 By December 1973, Australia’s inflation rate hit 12.5 per cent and kept climbing to hit 17.7 per cent by March 1975, crippling the political survival of Labor prime minister Gough Whitlam (pictured are Adelaide shoppers in 1975)

Inflation, however, remained high throughout the 1980s with interest rates hitting 17 per cent by 1989, followed by the 1991 recession.

Apart from the Gulf War of 1990 and a short-lived spike in 1995, inflation was stable throughout most of the 1990s once the recession had ended.

It didn’t climb rapidly again until 2000, following the introduction of the 10 per cent Goods and Services Tax in July that year that saw inflation mainly stay above six per cent for a year.

The latest inflation surge, while more subdued that previous shocks, is still more dramatic that what occurred during the Global Financial Crisis in 2008. 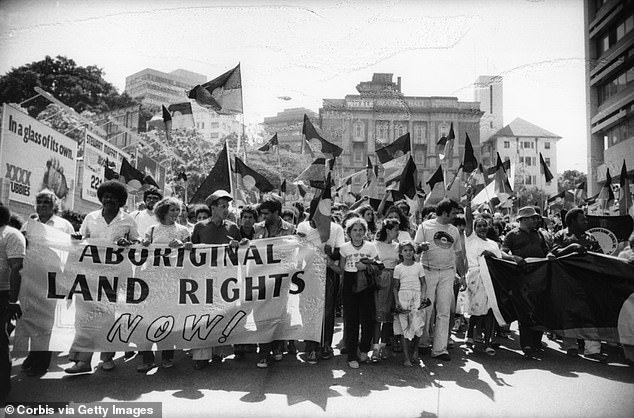 A decade after the oil crisis, inflation hit 12.4 per cent in September 1982 (pictured are Aboriginal rights protesters outside the Commonwealth Games in Brisbane)

Dr Oliver, like ANZ, Westpac and NAB, is forecasting the RBA cash rate peaking at 2 per cent during this cycle and not 17 per cent like 1989, given house price compared with incomes are a lot higher now.

‘One big thing going in the RBA’s favour is we’ve got more household debt these days which makes the household sector a lot more sensitive to interest rate hikes,’ he said.

‘So therefore it’s a lot more potent than they were in the past.’

That also means 17 per cent rates are very unlikely despite the inflation surge.

‘That would push the household sector into depression,’ Dr Oliver said.

‘The main risks centre on the extent to which the RBA is successful in reining in containing inflation and inflationary expectations over the medium term,’ they said.

‘As the economy slows and external price pressures ease, the combination of higher interest rates and weakening growth may also see more risks emerge if significant pockets of financial stress start to emerge in the household and business sectors.’