Himalayan climbers have been pictured lining-up for helicopter rescues after deadly avalanches led authorities to order an evacuation of the slopes.

More than 200 climbers have already been flown to safety from popular trekking routes in the Deurali and Mount Annapurna area, Nepal.

Four South Koreans – two women aged in their 30s and 50s and two men in their 50s – along with three Nepali guides have gone missing after an avalanche hit on Friday following heavy rain and snow.

Tourists are pictured queuing on Deurali, Nepal, before being airlifted to safety from the snow-covered slopes 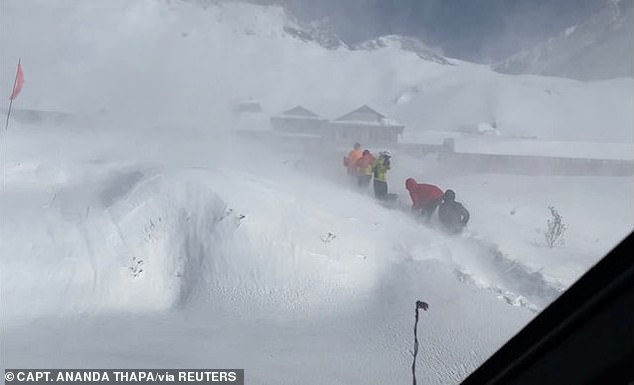 Evacuations are being carried out following avalanches this weekend, which has made the slopes too dangerous. (Pictured: Tourists awaiting rescue in Deurali, Nepal) 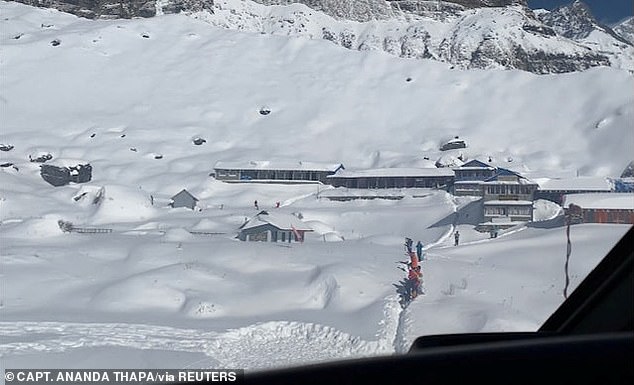 Four South Korean climbers – two women in their 30s and 50s and two men in their 50s – are missing along with three Nepali guides. Pictured above is the Deurali centre

The search and rescue mission for the missing climbers has been called off after experts feared the area had become too dangerous, the Department of Tourism official Meera Acharya said.

The missing climbers were teachers staying in Nepal for volunteer work, according to the Yonhap news agency.

Five others who were also part of the group have been rescued after they took shelter in a nearby lodge.

The South Korean Ministry of Foreign Affairs said the avalanche hit at an altitude of 10,600 feet before midday on Friday.

Yonhap agency said South Korea has dispatched an emergency response team of two government workers along with officials from an education body and a tourism agency to Kathmandu to assist in the search operations. 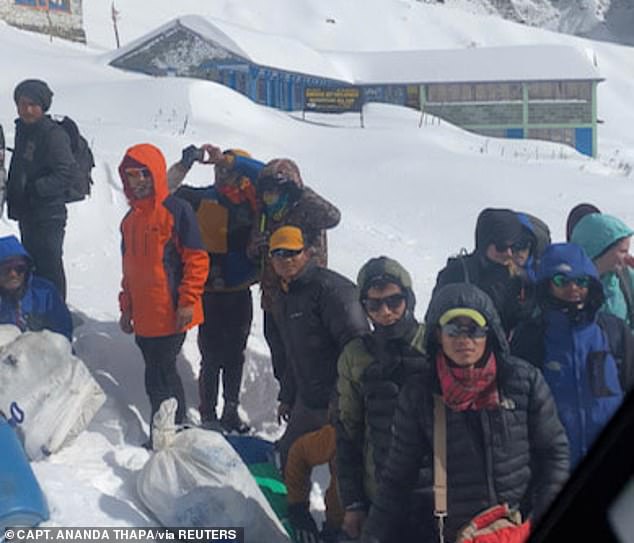 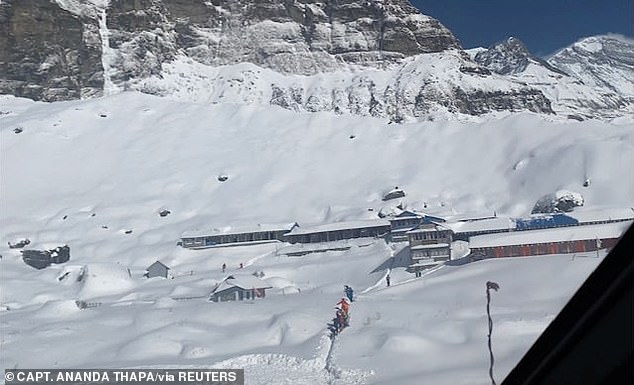 The South Korean consul based in the Nepalese capital departed for the accident site to call for the continuation of the rescue operation, Yonhap reported.