The daughter of Hillsong founder Brian Houston has attacked media outlets and urged followers to ‘turn off the news’ after the religious group’s wild youth party caused outrage across Australia.

Laura Toggs, one of Houston’s two children, is a pastor of Hillsong’s ‘youth ministry’ with her husband, Peter.

She and her husband are believed to be key organisers of the recent youth camp at Newcastle, NSW where hundreds of attendees were captured on video singing and dancing without wearing masks inside a large tent while a band performed onstage.

The vision sparked a huge national backlash, the camp taking place days after changes to public health orders took effect which banned singing and dancing at music festivals and forcing the cancellation of other outdoor music events.

Hillsong Church later apologised for ‘the ‘perception that we were not playing our part to keep NSW safe … we sincerely apologise to the community at large.’ 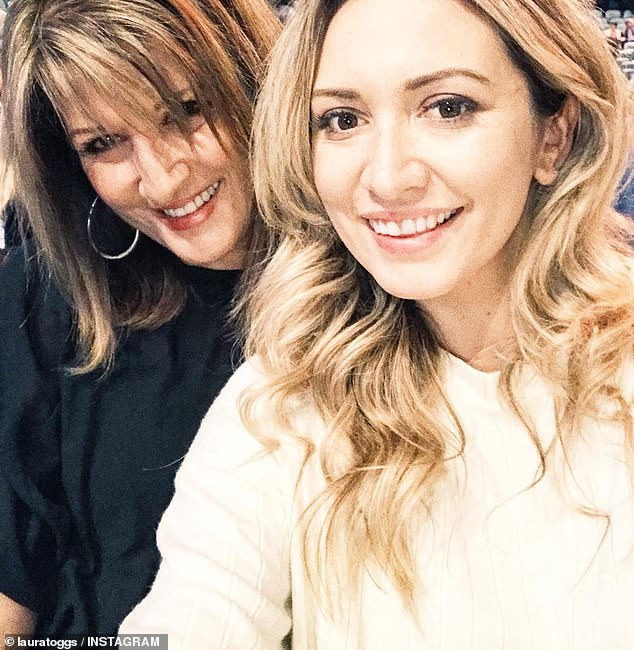 Ms Toggs with her mother Bobbi. She has accused the NSW government of changing Covid rules for the Hillsong youth camp after ‘media pressure’

However, Ms Toggs took to Instagram to slam the media in the wake of the controversy.

‘I have watched the media willingly disregard any fairness for the sake of click-bait and to suit whatever profit they make off their agendas,’ she wrote.

She labelled media coverage as ‘disgusting’, ‘horrible’, ‘immoral’ and ‘low’.

‘It’s destroying peoples’ lives one cheap headline at a time,’ she claimed.

‘And it’s heartbreaking to watch people believe the lies.’

Ms Toggs told followers that if they wanted to fill their minds with junk ‘then go ahead and buy into whatever s*** they spoon feed you’.

‘But if you want truth to frame your heart and soul and mind, let the Bible be your source of wisdom and truth and guidance.’ 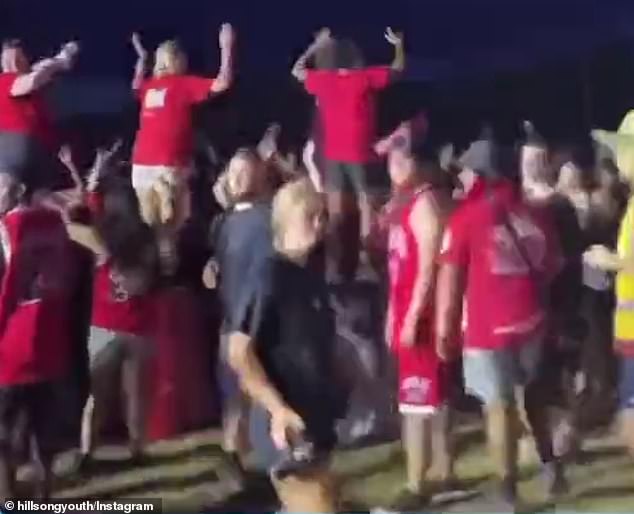 ‘I’m mad at the media reports that made our youth camps not only a national disgrace but an international new story.’

Ms Toggs accused journalists of trespassing ‘on our private property’ to surreptitiously film teenagers at the Hillsong camp and that they had ‘shamed’ children on national prime-time news broadcasts.

She also said the government had changed the rules on the organisation due to ‘media pressure’.

‘There is a clear agenda to drag Hillsong through the mud and to destroy our name,’ Ms Toggs claimed. 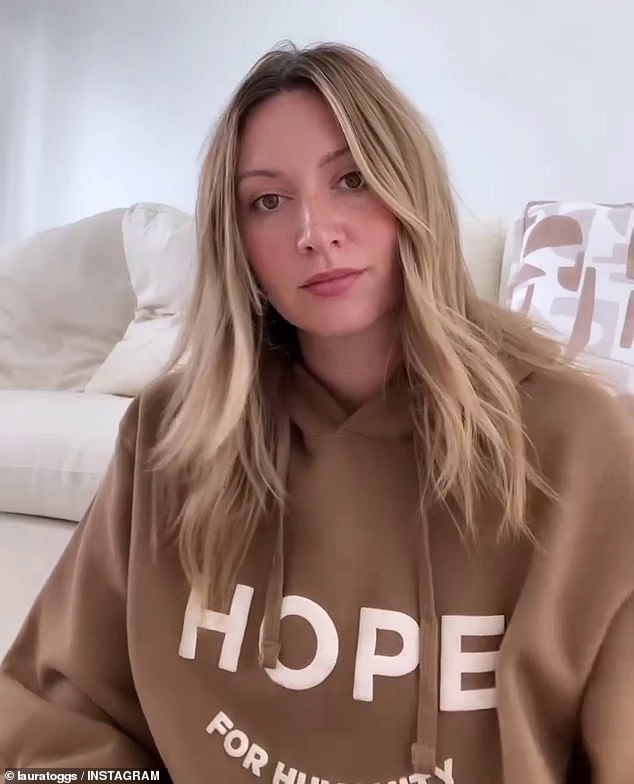 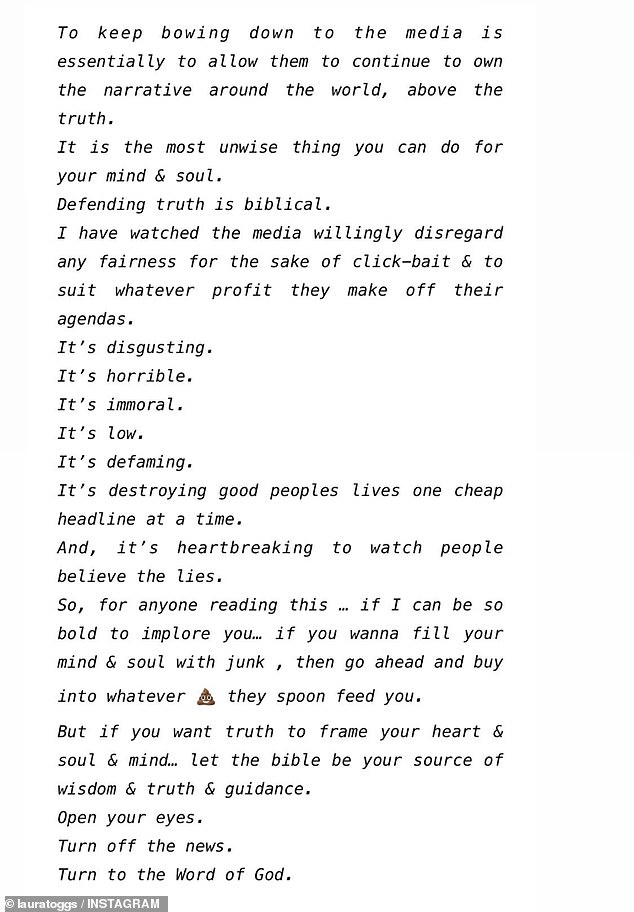 She said she was unaware the rules for festivals had changed due to the fact she was organising the camp at the time and would have been more sensitive to ‘ the singing’ had she known.

‘I hope that the music industry can rally their strength together to rally government – rather than bash churchgoers,’ Ms Toggs said.

On January 14 it was announced Hillsong would escape a fine for the camp party, even after NSW Premier Dominic Perrottet said the organisers of the camp should face the consequences.

‘Following discussions with organisers and after consultation with NSW Health, no infringement will be issued,’ said Acting Assistant Commissioner Peter Glynn.

‘Event organisers are aware of their obligations under the public health orders, and NSW Police will continue to ensure ongoing compliance’.

A Hillsong spokesperson tried to highlight the difference between its camp events and music festivals by nothing that they are alcohol-free, held outdoors, and the students attending each camp – about 200 – are part of the same social network.

‘Over a three day duration the percentage of time spent singing is minor,’ they said.

The new public health orders had forced the cancellation of music events like the Tamworth Country Music Festival and the Grapevine Gathering in the Hunter Valley.

In a statement on January 13, NSW Health said it had demanded Hillsong immediately stop singing and dancing at the event. 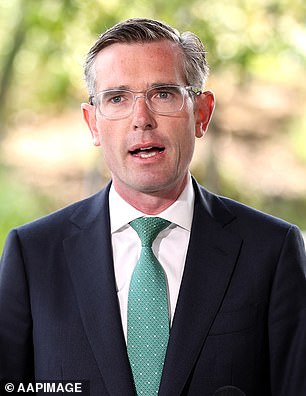 ‘While the order does not apply to religious services, it does apply to major recreation facilities and this event is clearly in breach of both the spirit and intent of the order,’ Health Minister Brad Hazzard said.

Singing and dancing at large events presents a high risk of COVID-19 transmission, Chief Health Officer Dr Kerry Chant said, amidst an outbreak which has seen the state record tens of thousands of cases a day.

On January 14, Mr Perrottet said the health minister had been advised by his legal team that Hillsong had broken the rules.

‘If the legal teams believe that it was in breach of the public health order, then my expectation would be that a fine would be issued,’ he said.

The premier joined a chorus of Australian music acts in saying he was shocked and outraged to see the footage.

‘I echoed the frustration and anger other people right across the state felt,’ he said.

‘Even if technically it was within the rules, it certainly wasn’t in the spirit of the rules.

‘If we have to tighten loopholes, we will.’

In a statement, Hillsong said the summer camp involved primarily outdoor recreational activities, with outdoor Christian services only a ‘small part’ of the program and singing an even smaller part of each service.

‘A video circulating on social media reflects a few minutes of this part of the program,’ it said.

‘We follow strict COVID procedures and adhere to government guidelines.’ 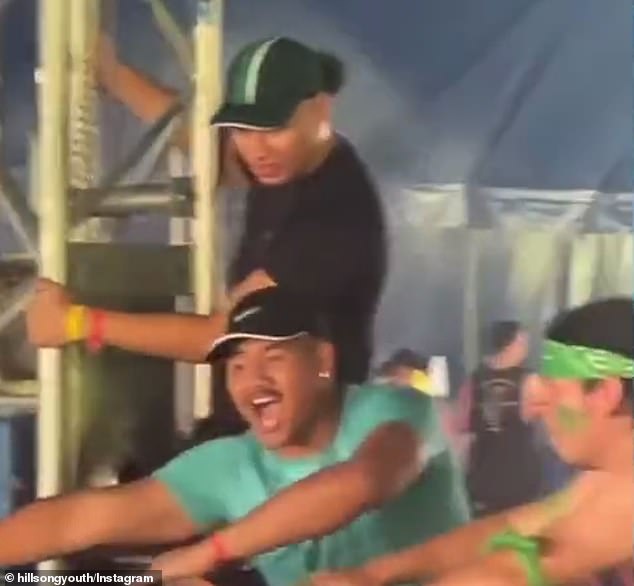 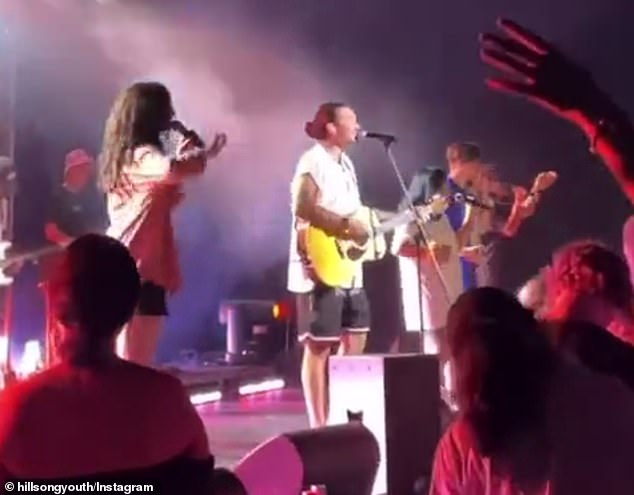 ‘This is the exact behaviour that health experts have deemed too risky at the moment, yet the organisers of this event seem to feel it’s absolutely fine for them to do so,’ he said.

‘This is an absolute slap in the face to the people that have lost work as a result of the current rules.’

That’s a sentiment echoed by artists on social media.

‘Festivals, clubs and pubs are closed whilst Hillsong are getting close and sweaty… confusing?’

Australian acts including Jack River, Illy and Odette also criticised the event as demonstrating a double standard, with Brisbane band Ball Park Music describing it as ‘just heartbreaking for everyone in our industry’.