Double the fun! Fascinating images reveal hidden items inside everyday objects – including a beer mat in a phone case and bullets in a tree

What we see isn’t always necessarily what we get, as is clear in this bizarre collection of photographs.

The amusing pictures from around the world show random items found inside everyday objects.

Collated by Bored Panda, the snaps include a beer coaster in a phone case and a pawn chess piece hiding inside a queen.

Here, FEMAIL picks out a selection of the most puzzling items hidden inside other products…

What a surprise! When ripped apart by an unidentified American customer, this phone case revealed a stack of beer coasters 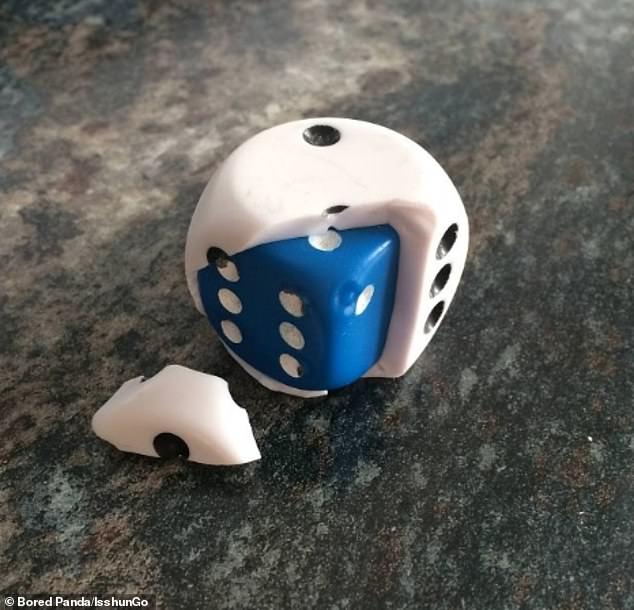 Double trouble! This dice snapped in half to reveal another one encased within it. It is unclear where the image was taken 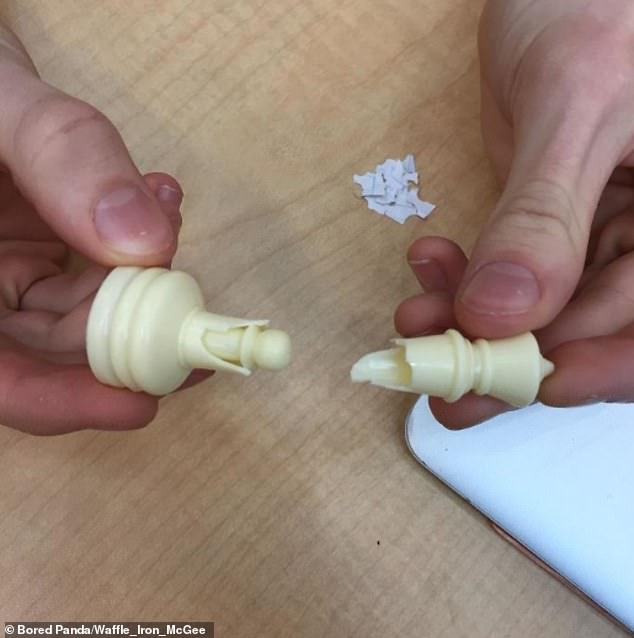 Two faced: This Queen chess piece, at an undisclosed location, proved to be more than what it appeared when cracked apart, as beneath its outer layer lurked a pawn 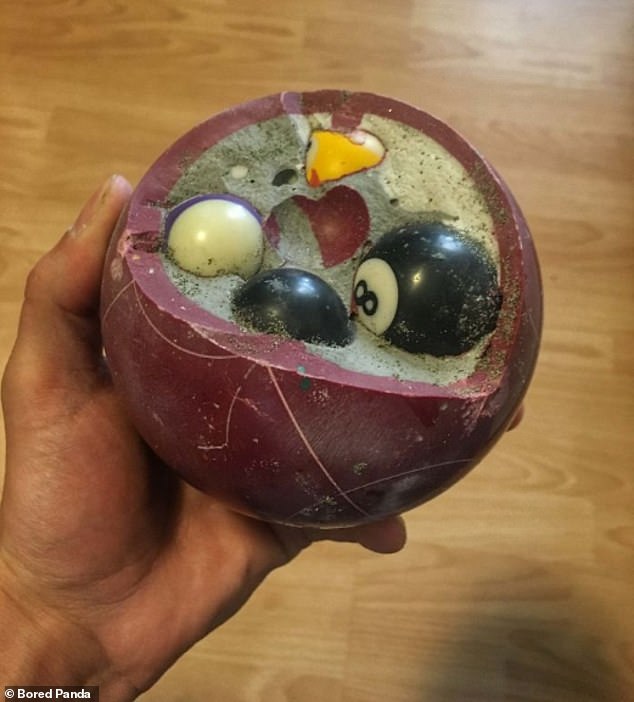 Balls up! Several mini balls were found in this bocce ball. It is thought the photograph was posted online by an American social media user 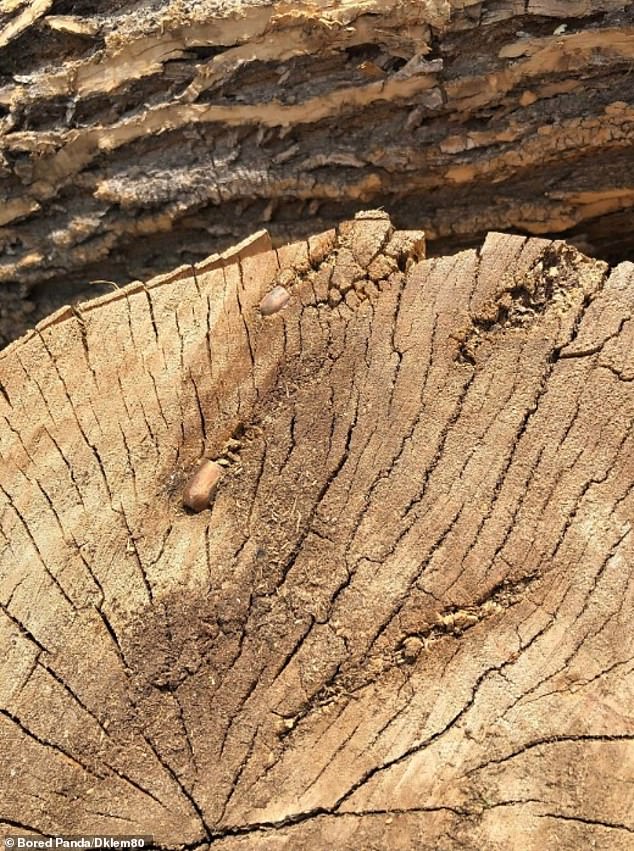 Shoot! When cutting down this tree, the American owner realised bullets remained in it. It isn’t clear how long they’d been in the log 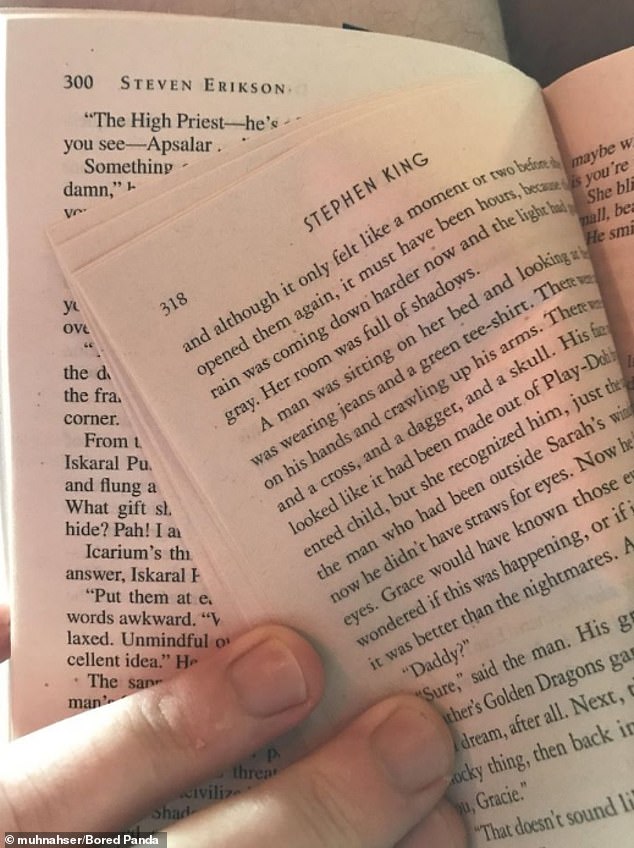 Two for the price of one! This unidentified reader was shocked to find a chapter by a different novelist – also called Stephen – in their book 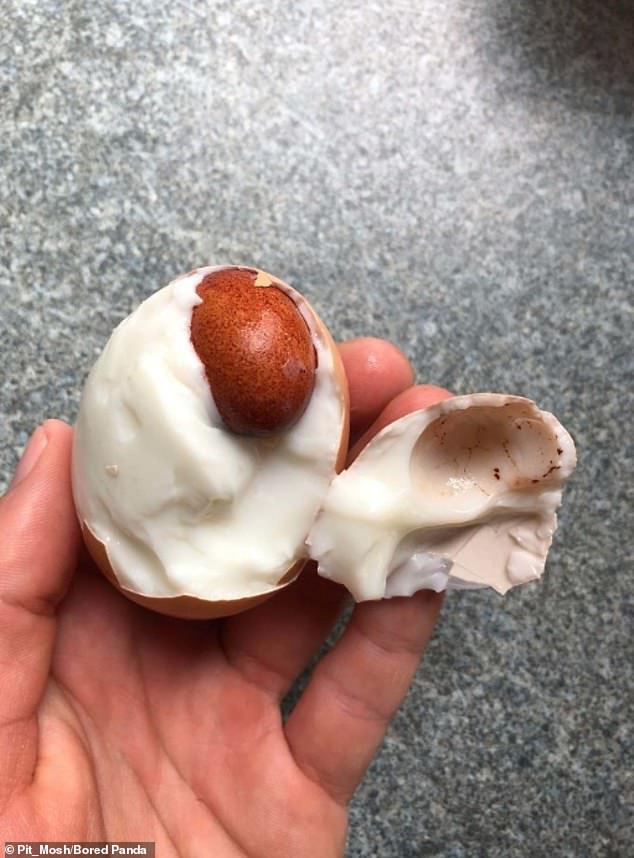 Egg-cellent! This anonymous shopper soon realised they’d got more than they bargained for when they cracked open this egg, as it had a smaller version hidden inside 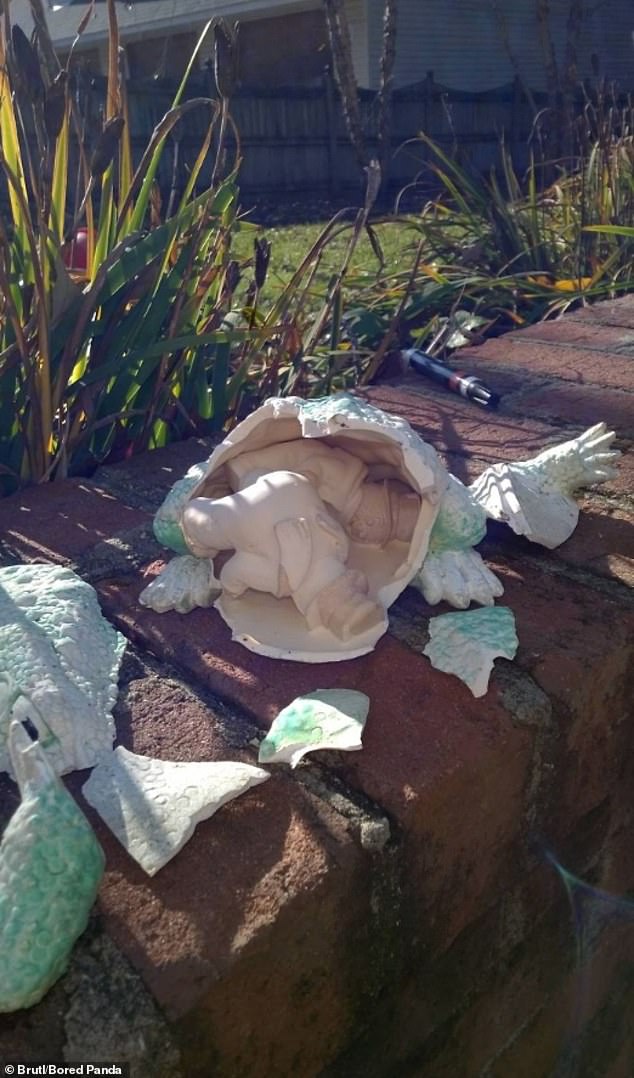 Summer or Winter? A frog ornament for the garden concealed two snowman statues inside. It is thought that the image was taken in the US 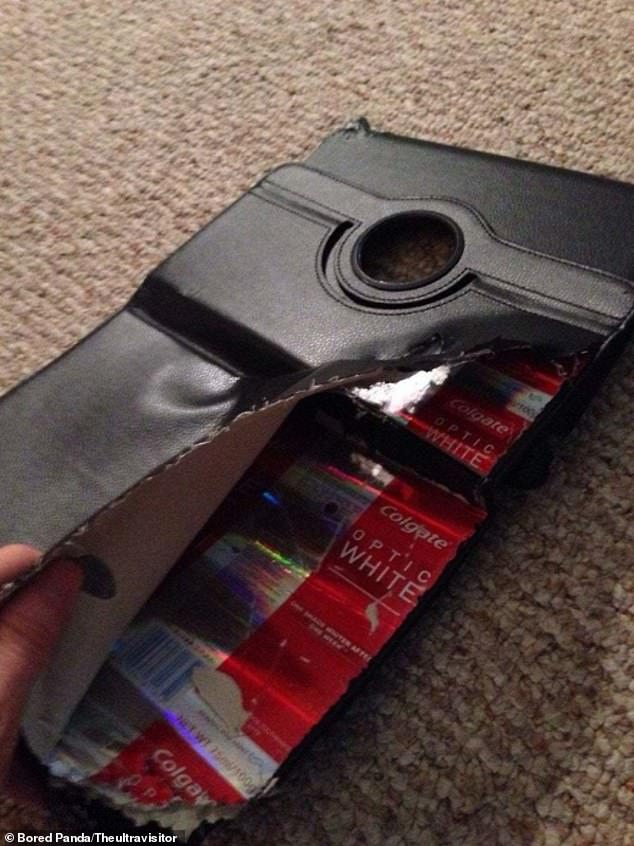 Colgate, anyone? One person, thought to be American, was shocked to discover that their iPad case was made from old toothpaste boxes 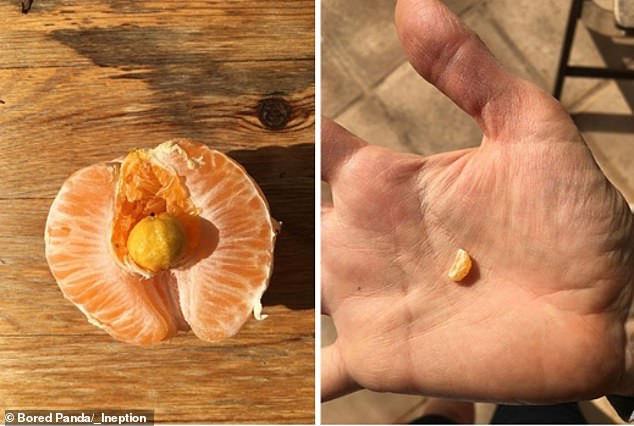 Two of your five a day! This orange had an adorable mini version hidden within its centre. The photo was taken at an undisclosed location 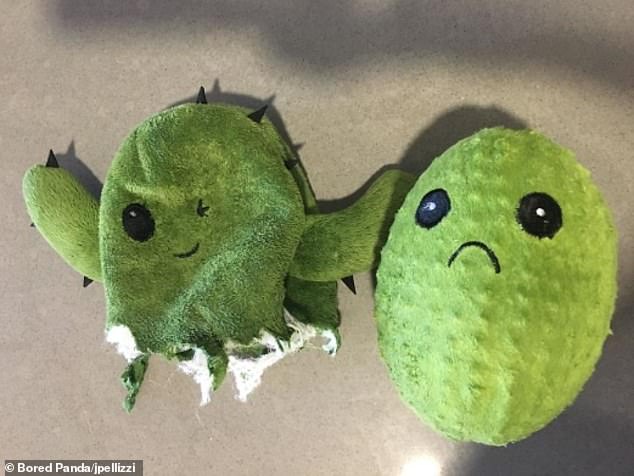 A full range of emotions! An anonymous pet owner revealed: ‘My dog destroyed her toy cactus, and there was another sad cactus inside’