In need of a woman’s touch! Hilarious Twitter account exposes men’s VERY basic bachelor pads – including a bedroom with a blow-up mattress and mini fridges used as a TV stand

We all want to make a good impression when someone visits for the first time, but these bachelors seem more relaxed about their living spaces.

The spaces feature several rooms with minimal furniture and even fewer bed frames, while some have been inventive and hung hammocks up in the middle of their bedrooms.

One resourceful bachelor decided to use two mini fridges as a television stand, while another used a fold up chair to watch TV from his laptop. Here, FEMAIL reveals the best examples. 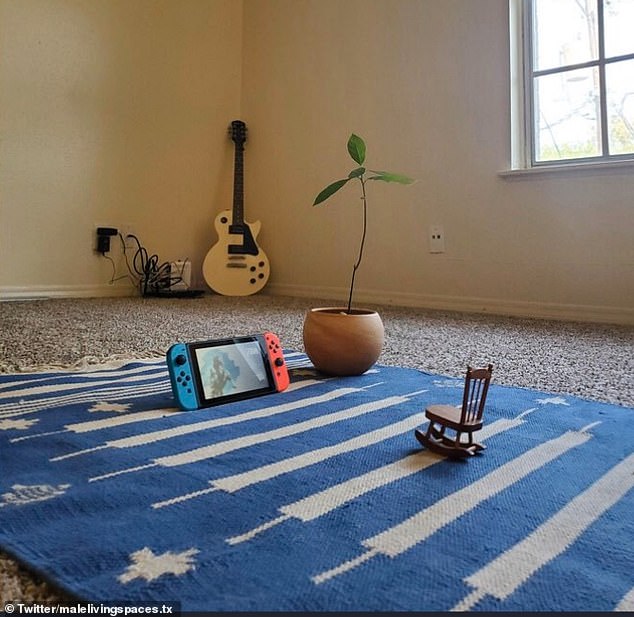 Size isn’t everything! This person decorated his room with a plain blue rug, a small plant, video game and tiny chair 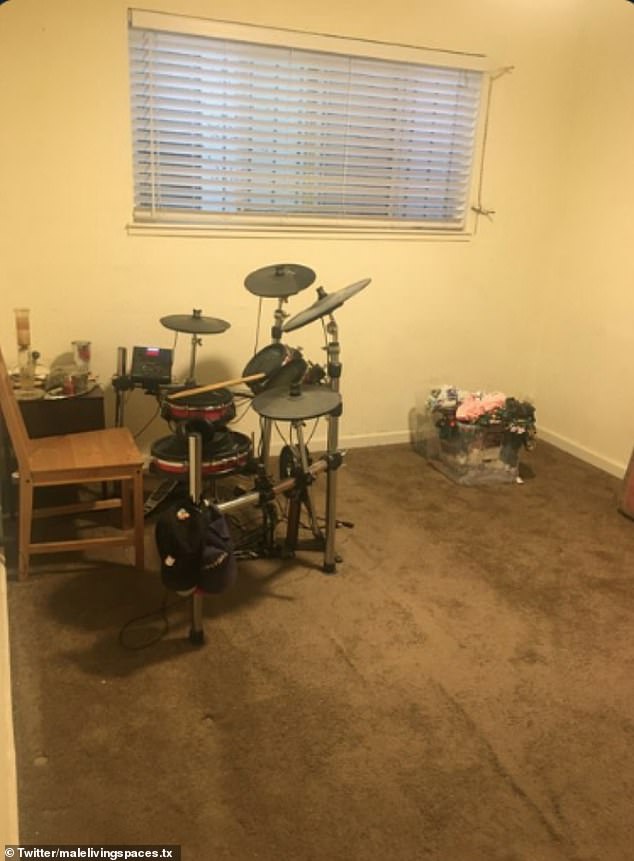 Rock and roll lifestyle! One bachelor had an entire room dedicated to his drum set – and used a kitchen chair instead of a stool 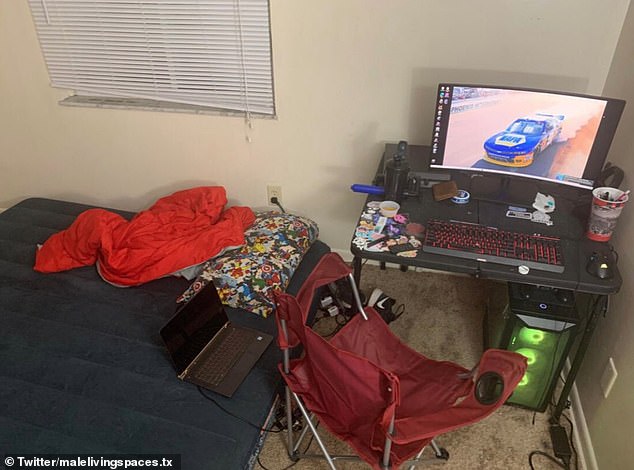 Couldn’t chair less! This social media user decided to use a fold up deck chair to sit at his computer, while sleeping on an air mattress with no sheets 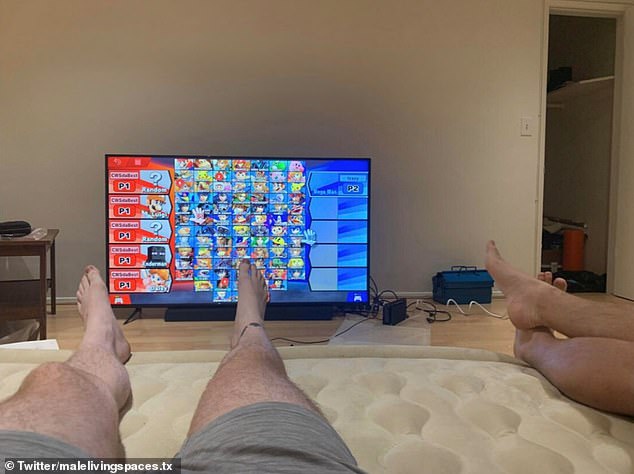 Nothing really mattress! This user showed himself relaxing on his mattress which had no frame or sheets, playing video games in front of the TV 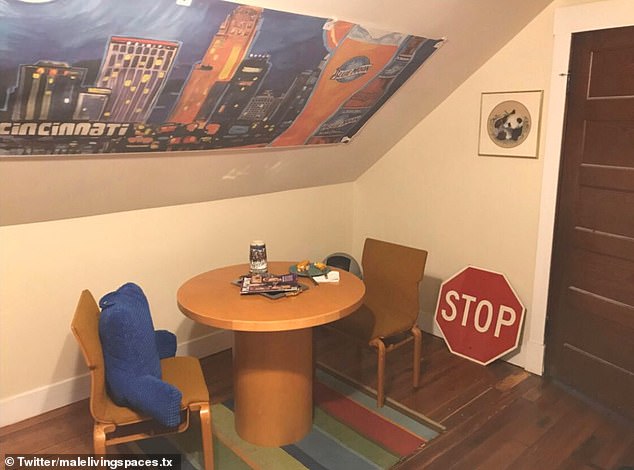 Warning! This user had minimal decor, other than a basic table, two chairs, and a stop sign in the middle of his home 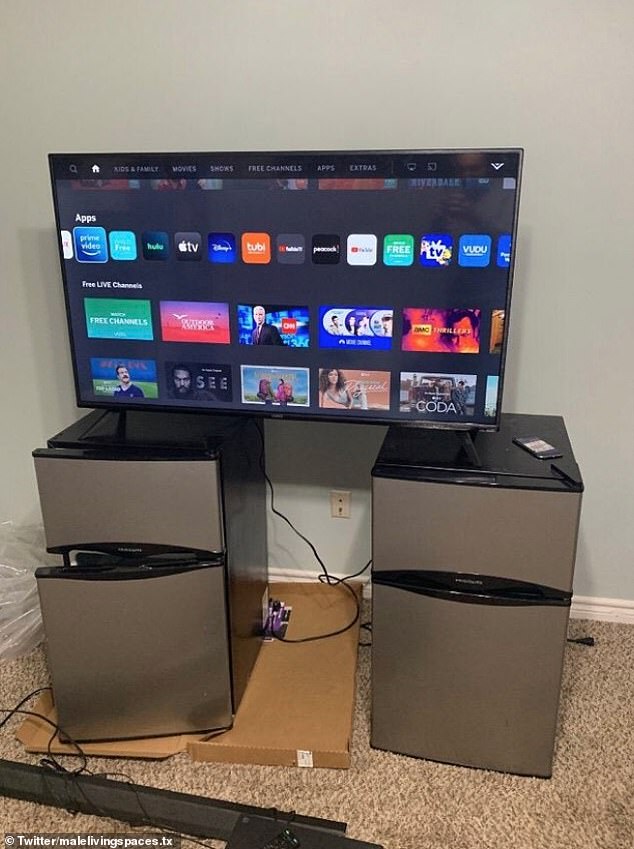 Keeping it cool! Instead of buying a television stand, this user simply placed his TV on top of two mini fridges 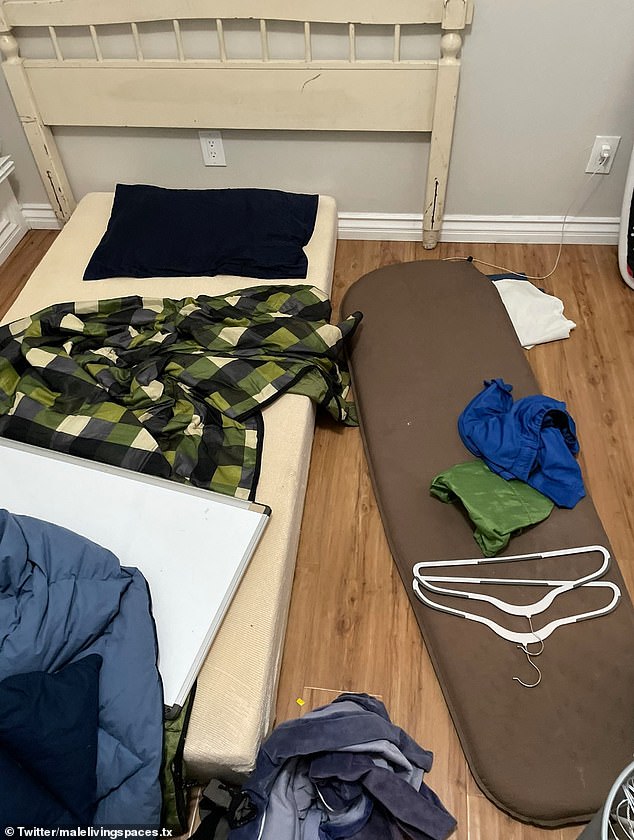 Falling apart! This user had a headboard and mattress but the rest of the bed was nowhere to be seen 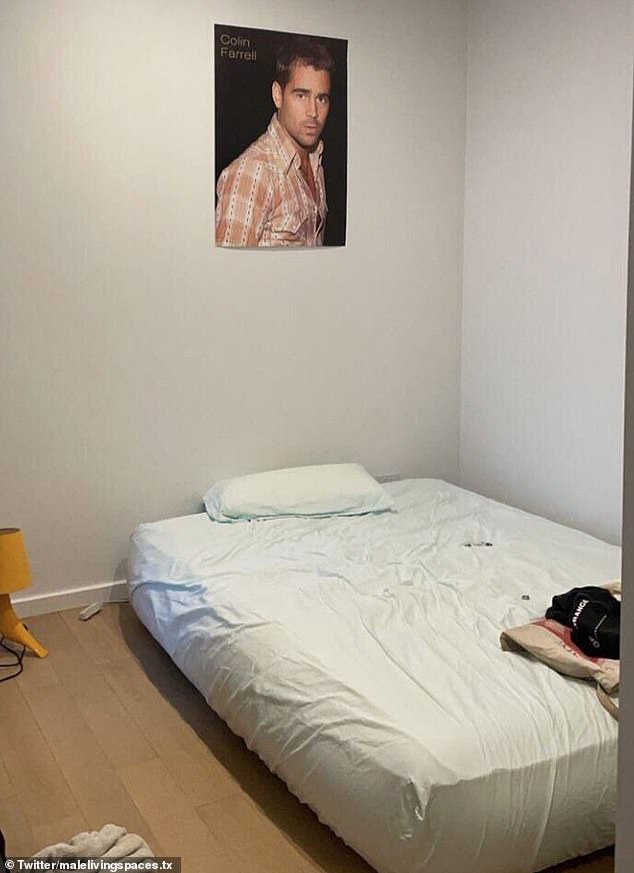 Keeping up with Colin! One bachelor was clearly a big fan of Colin Firth – featuring only a mattress and poster of the Irish actor in their bedroom 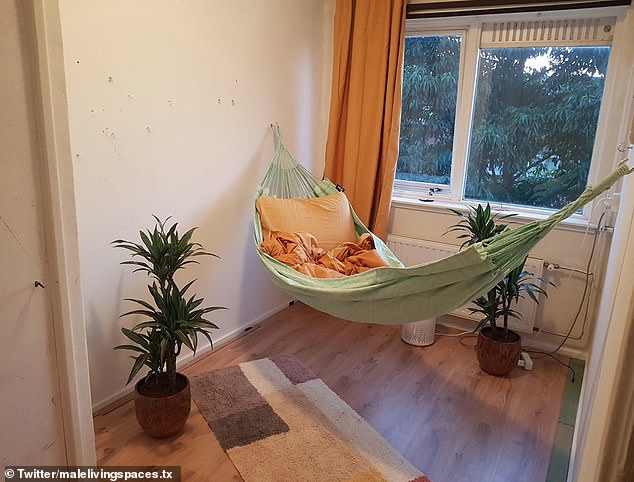 Wanna hang out? This user installed a hammock in their bedroom instead of a bed and had no furniture aside from two houseplants

Clean it up! This user had a very messy home and was using a fold up chair as a stand for his laptop to watch television 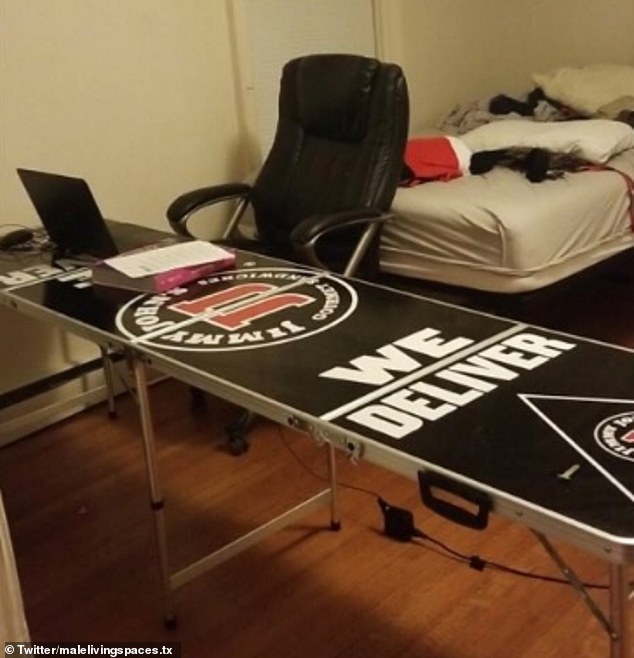 Remote working at it’s best!  For his first job, this user decided to use an old beer pong table as a desk 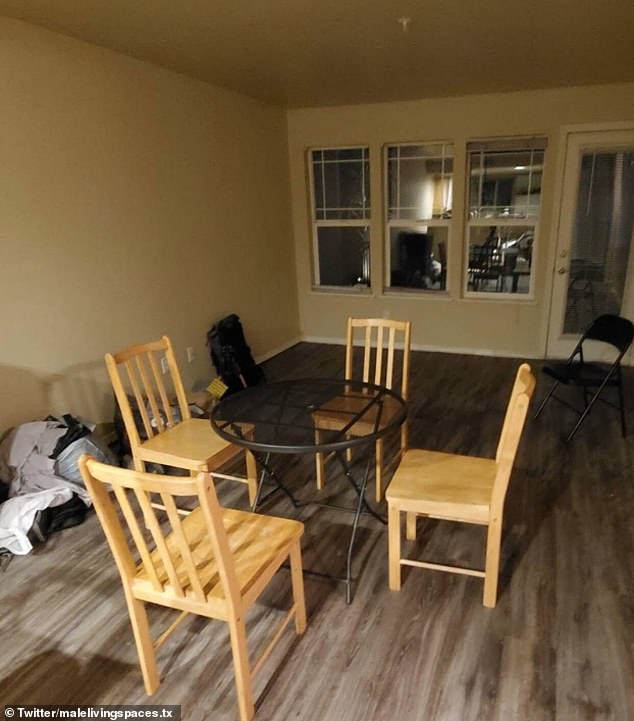 Less is more! This bachelor decorated his living room with four kitchen chairs and a glass table from an outdoor furniture set