Prepare to see double this season as the trend for ‘mini-me’ dressing hits its peak on the High Street.

While we may only just be thinking of mothballing our summer wardrobes, the fashion industry is already concentrating on what we’ll be buying this winter (Christmas in particular) and this, apparently, is it.

The idea of women’s fashion reimagined — or just copied — for little girls is not new.

Celebrities have been on to it for a few years now, showcasing the big and small versions of designer outfits on social media.

The trend for ‘mini-me’ dressing is hitting its peak on the High Street this coming season. Pictured: The above dress is £79.95 and its mini-me equivalent is £39.95, both from joules.com. The adults boots are £69.99, while the mini-me versions are £29.99, both from zara.com

Beyoncé, also unaverse to a mommy-and-me look, has posted images of her and daughter Blue Ivy in matching Gucci florals, while Serena Williams and daughter Alexis Olympia were seen this summer training in identical purple Nike tennis kit.

It would be easy to dismiss the trend as a weakness for anything ‘ickle’, but, actually, it’s cold, hard fashion economics.

The luxury childrenswear sector is growing faster than men’s and women’s clothing, making it a significant part of designer brands’ offering.

Social media, meanwhile, is a powerful selling tool for fashion labels and there’s nothing like a cute ‘mummy and me’ picture to catch customers’ attention. 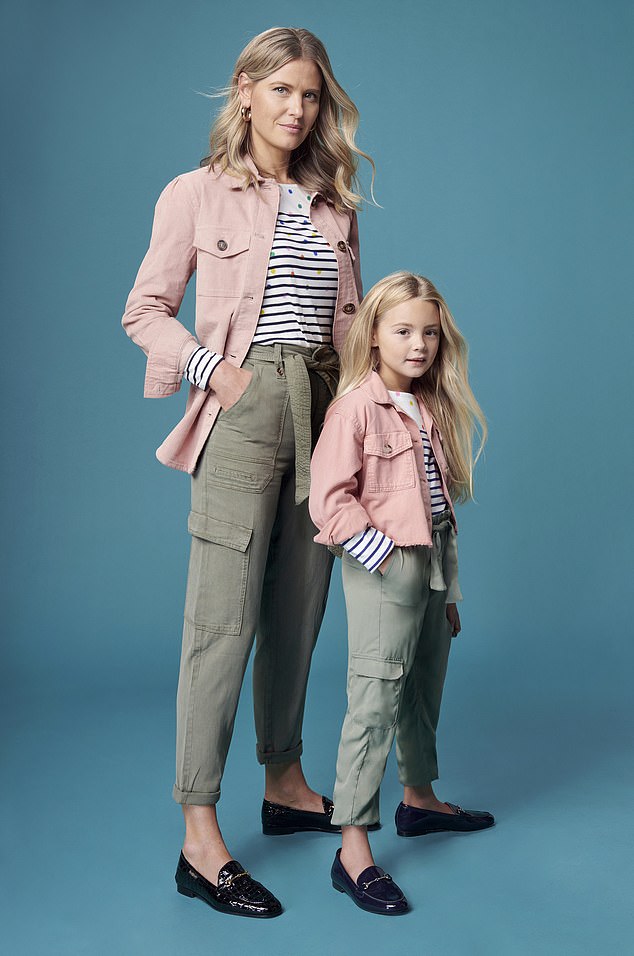 And so, it was only a matter of time before High Street brands caught on to the mini-me trend.

British family clothing label Joules was an early adopter and has seen significant growth in its range over the past few seasons, while H&M has increased both the frequency and size of its mini-me collections.

Tu at Sainsbury’s reported a spike in mini-me sales this year around Mother’s Day, and at Christmas Matalan also experiences a seasonal surge in the desire for mother-and-daughter outfits. Zara has got in on the act, too, producing a matching range of blouses, dresses and jumpsuits. 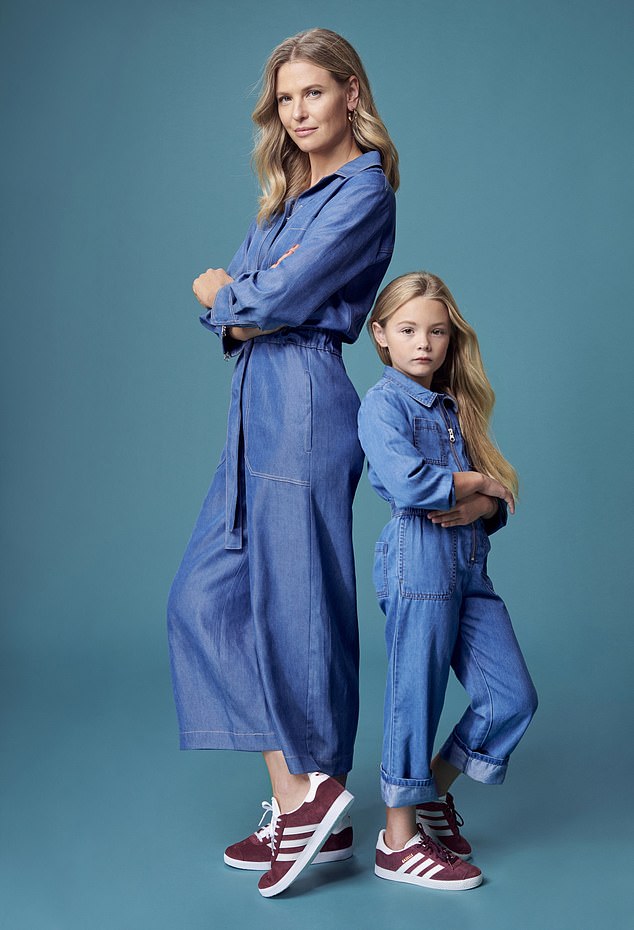 People are divided over whether mini- me dressing is a healthy impulse or not. Some claim it’s harmless and just shows our natural desire for anything twin-y.

Times are hard for the retail sector, they argue, so if it can get through Christmas selling mother-and-daughter loungewear, then why not?

Others, however, contend that dressing young girls identically to their mothers infantilises the adults and renders the children prematurely image-conscious.

So, how best to negotiate the oncoming mini-me trend without looking daft or wasting money?

Next has several matching designs which work equally well as womenswear and childrenswear.

We particularly like the pink, cord ‘shacket’ (that’s a shirt-jacket, in case you hadn’t guessed), £36 for the adult version and £15-20 for the child’s size in cotton, both at next.co.uk. 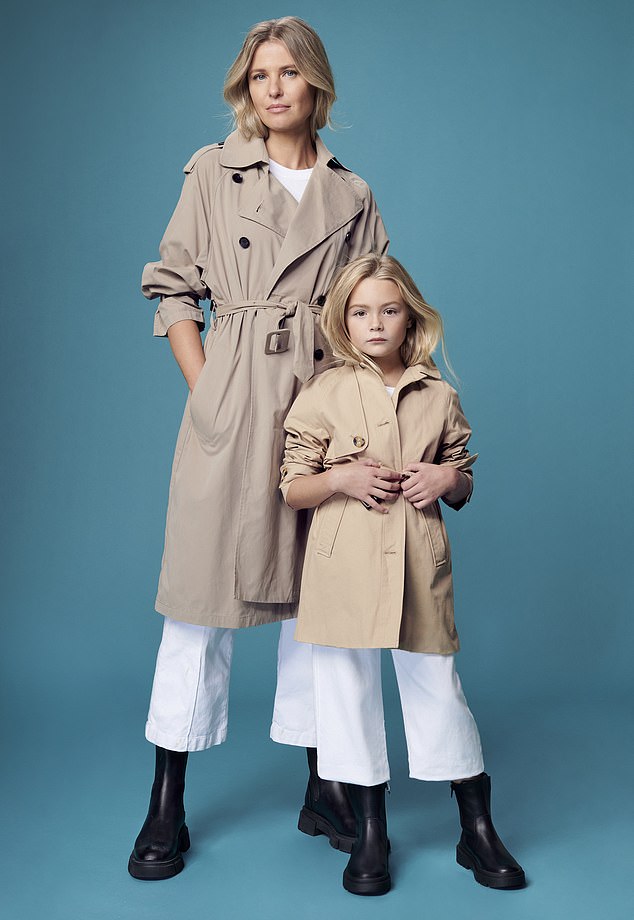 Social media is a powerful selling tool for fashion labels and there’s nothing like a cute ‘mummy and me’ picture to catch customers’ attention. Pictured: The mother’s trench coat is £79.99, while the matching mini version is £29.99. The jeans are £19.99 and mini-me jeans are £16.99. All are from zara.com. The T-shirts are £3.99 and £2.99 respectively from hm.com

The teddy borg coat (£65 and £36-£42 respectively) also manages to straddle both markets without looking daft in either.

A trench coat would sit well in either an adult or a child’s autumn wardrobe and Zara has a good version for grown-ups and children (£79.99 and £29.99, zara.com).

Mini-me dresses are a tricky arena and there’s a fine line between ‘pretty’ and ‘pretty ridiculous’. 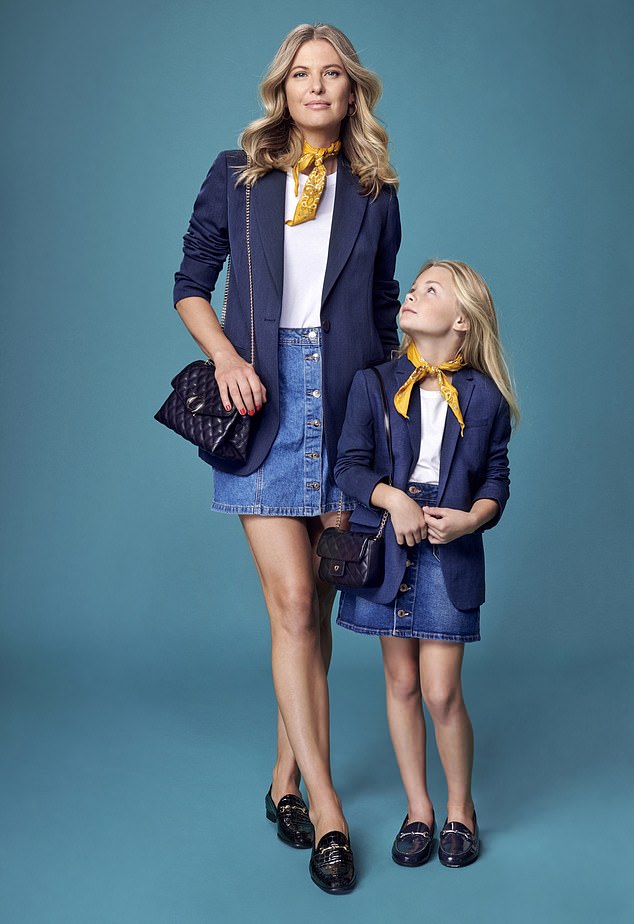 If you want to go with the trend, then — as Beyoncé and Blue Ivy demonstrated in their mother-and-daughter Gucci — it’s probably best to match the fabric rather than the cut.

Look for something like Boden’s Mollie Shirt Dress in the brand’s heritage bloom fabric (£150, boden.co.uk), which is cut with a flattering, deep V-neck in the grown-up version and with a contrasting collar and waistband in the mini version (£37).

Always remember that whatever the item of clothing, it has to work on its own, too.

If a potential purchase only makes sense when accessorised by a small child then it’s time to walk away.