HGTV’s Home Town stars Ben and Erin Napier revealed that they have completed their dream home in the countryside of southern Mississippi after nine months of renovations.

In their People cover story this week, the couple talk about spending quality time with their two daughters — Helen, four, and Mae, one— and taking a break from the spotlight amid their busy schedules.

All smiles: Ben and Erin Napier have focusing on making time for their family amid their busy schedules; seen in 2020

In an exclusive interview with People, Ben, 39, shared: ‘This is our quote, unquote weekend getaway.’

‘We know this is fleeting,’ Erin, 37, emphasized how precious it is to raise their young daughters and how important it is to make time for family.

She added, ‘I feel like we are in the middle of living the best years of our life. I’m very aware of it, and I want to keep it somehow.’ 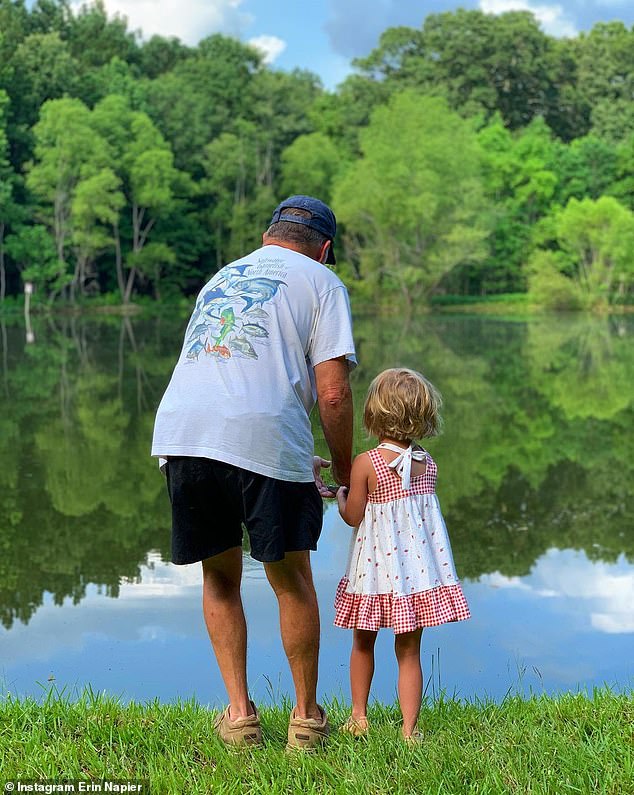 ‘Fishergirl and pappaw’: Erin snapped a picture of her husband showing their daughter Helen how to fish

Because their show Home Town made the town of Laurel a popular destination for visitors, the family wanted to find a home to raise their children with more privacy.

The couple also wanted their children to experience the type of country upbringing they both had, which they couldn’t do in downtown Laurel.

Erin told Southern Living that she grew up on a chicken farm in the magazine’s November cover story: ‘My playtime consisted of climbing a lot of trees and digging for arrowheads in the woods. That’s not something our girls can do in town.’ 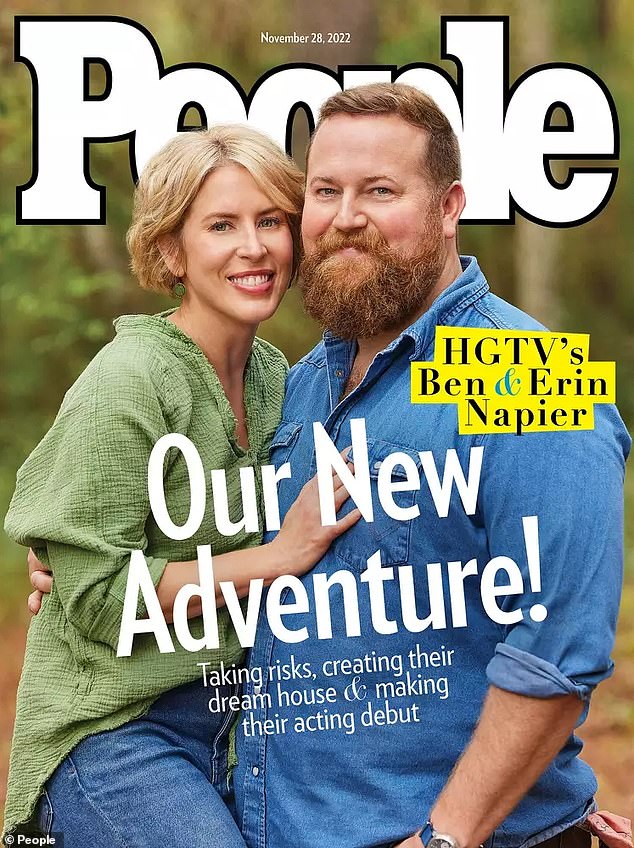 ‘Our new adventure’: In an exclusive interview with People, the Home Town stars talk about the journey of creating their dream rural getaway to enjoy with their two daughters

The couple — who will be celebrating their 14th wedding anniversary on November 22 — had discussed building from scratch, because finding an old house set in a rural setting is such a rarity in southern Mississippi.

Fortunately, they found their weekend retreat in the great outdoors just a short drive away from their eldest daughter’s school and their several businesses — Laurel Mercantile, Scotsman General, and Scent Library.

The house hit every mark on their check list. The home features a brick exterior, a screened-in sunrise or sunset porch, stairs into the kitchen and wide-plank oak floors, and high-quality materials — everything the couple had initially thought was just a dream. 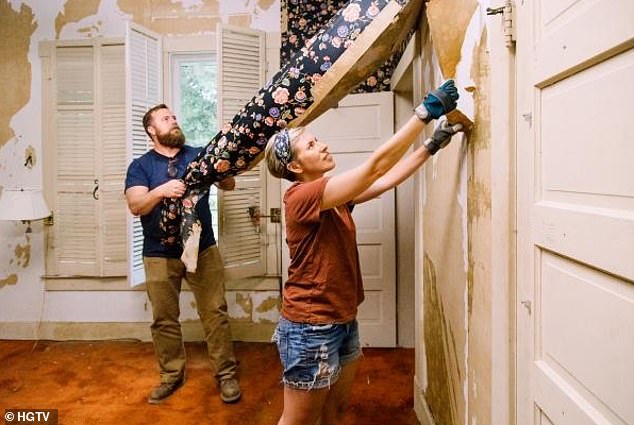 Renovation experts: The couple finished renovating their dream home after nine months and will soon be returning with a new season of Home Town

Erin explained their countryside escape is partially inspired by Downton Abbey and features British style elements. ‘It feels as though you’ve crossed the ocean and you’re not in Mississippi anymore. It’s like a vacation for us.’

Now the couple are able to garden, fish, and play around outside with their daughters — ‘somewhere the girls can run wild and get filthy.’

‘I want their bathwater to be dirty at the end of the day, so it means they weren’t just playing on screens,’ Erin said. 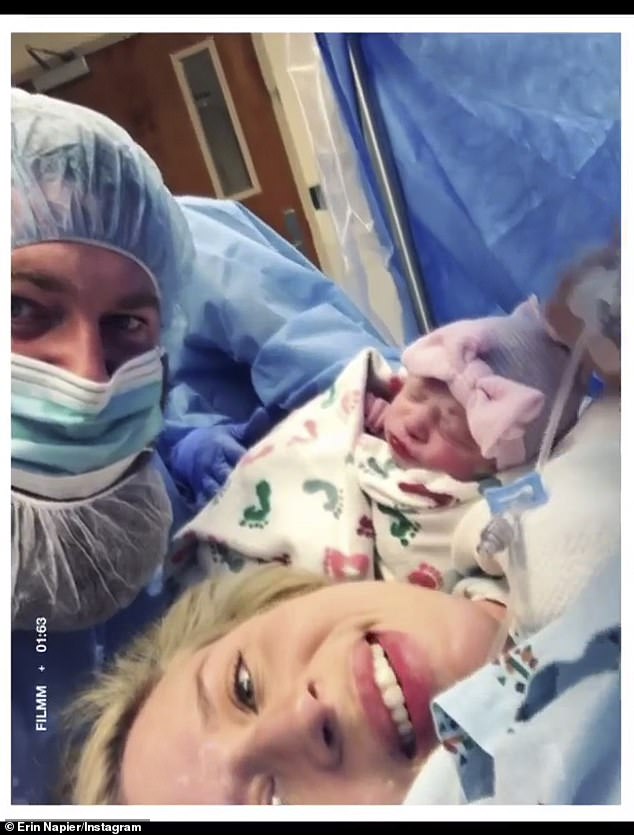 Baby Mae: The HGTV stars welcomed their second daughter, Mae, in May 2021

Ben added that their eldest daughter Helen ‘has always known she wanted to be a country girl.’

The four-year-old is also ‘loving never wearing shoes. She just takes them off and runs through fields and into the woods,’ Erin continued. ‘There’s a lot of tree climbing and dirt digging and fishing — those are things that were just a normal part of our lives growing up.’

Erin explained that Helen has already told her parents that she wants the home to be hers someday. ‘We think of this house as an heirloom.’ 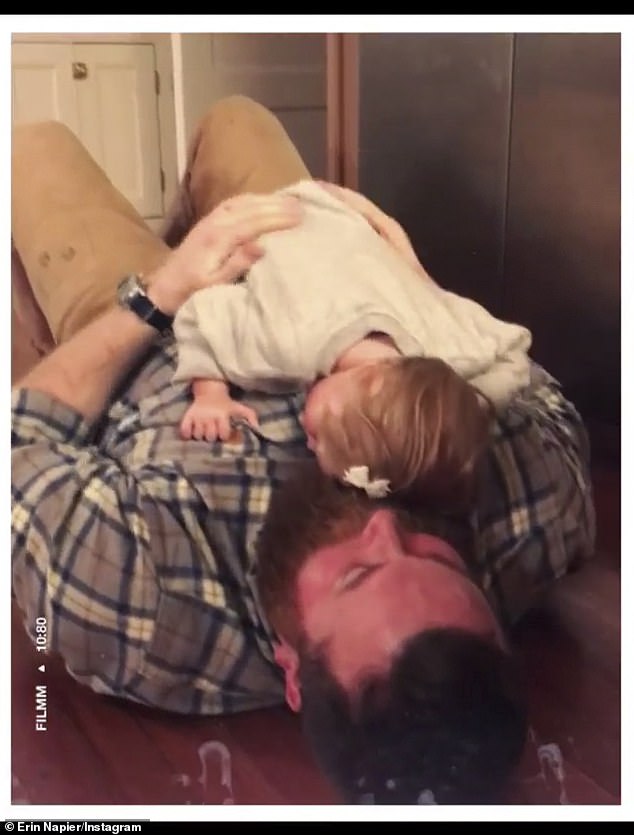 Family time: The couple have emphasized how important it is to them to prioritize their young daughters despite multiple shows and busy schedules

The Napier’s holiday special — Home Town: Christmas in Laurel — is set to air on November 27.

A Christmas Open House is now streaming on Discovery+ and will air on HGTV December 7.

Home Town will return to HGTV on December 4. Finally, season two of Home Town Takeover will arrive in early 2023.