A heroic ER doctor who risks her life every day on the frontline of the coronavirus outbreak has lost custody of her daughter until the pandemic is over.

Dr. Theresa Greene, an emergency room physician in Florida, has temporarily lost shared custody of her four-year-old daughter because of her work saving lives during the coronavirus crisis.

Her ex-husband filed for temporary sole custody of the little girl ‘due to mother’s significantly heightened exposure to COVID-19’ and a judge granted it – even though Greene has tested negative for the deadly virus.

Greene is now facing an impossible and ‘cruel’ choice between being a mother and her duty as a medic while the US healthcare system buckles under the weight of the pandemic and grapples to find enough healthcare workers to keep COVID-19 patients alive.

Dr. Theresa Greene, an emergency room physician in Florida, has temporarily lost shared custody of her four-year-old daughter because of her work saving lives during the  pandemic

‘We’re there on the frontline, we’re risking our lives and to take our children away from us I just think is so cruel.’

Greene said the move is discriminatory against healthcare workers who are divorced or sole carers.

‘It’s really discriminatory against divorced parents and particularly I feel for the children.’

Healthcare professionals across the US are facing unprecedented times, overloaded with sick COVID-19 patients. 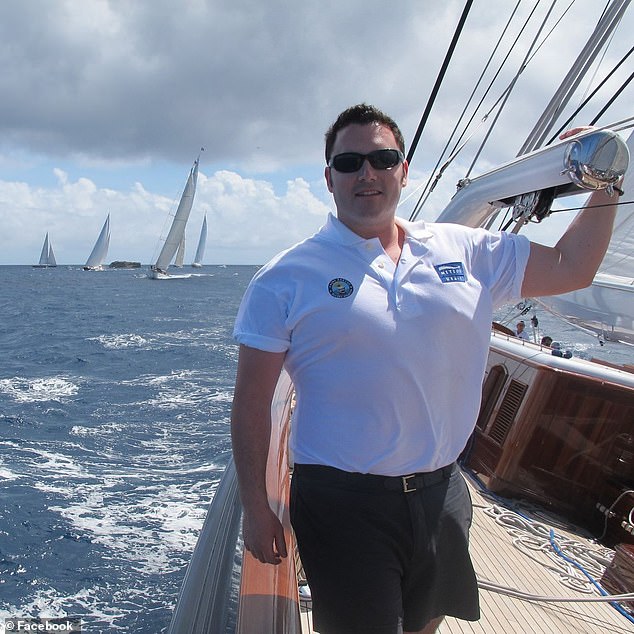 The judge awarded temporary sole custody of the little girl to the father ‘due to mother’s significantly heightened exposure to COVID-19’, the order said

Hospitals have been likened to war zones with protective gear for heroic workers in short supply and body bags lining the corridors as the death toll from the killer virus soars.

At least 5,400 nurses, doctors, and other healthcare workers in the US have been infected by the disease, according to BuzzFeed News.

More than 30 have died from the virus, after being infected trying to save others’ lives.

Parents like Greene now have other traumatic issues to contend with.

‘I feel like the family court system now is stressing me almost more than the virus, I mean this is a very stressful time for healthcare professionals,’ Greene said.

The essential worker’s daughter split her time equally between her parents until her father Eric Greene filed an emergency order this week asking for sole custody during the pandemic.

Circuit Judge Bernard Shapiro granted the request saying it was in the ‘best interests’ of the child because of the state of the pandemic in Florida. 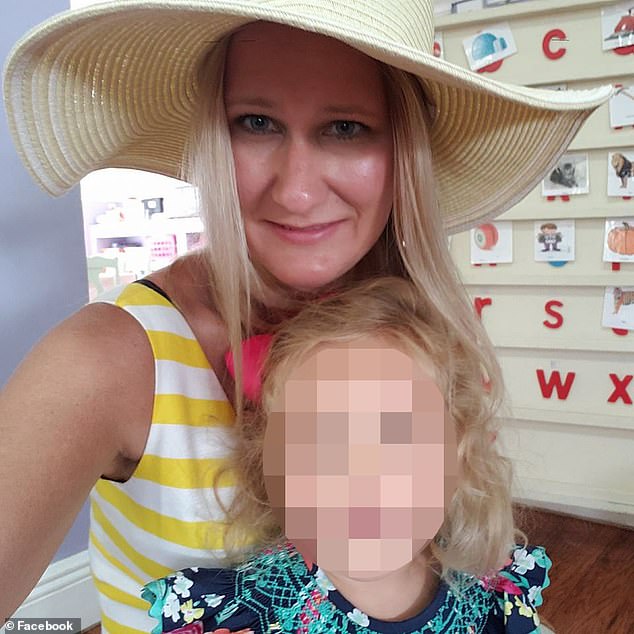 ‘I can’t come home and hug my daughter,’ the desperate mother said, adding that ‘the family court system now is stressing me almost more than the virus’

‘In order to protect the best interests of the minor child, including but not limited to the minor child’s safety and welfare, this Court temporarily suspends the Former Wife’s timesharing until further Order of Court. The suspension is solely related to the outbreak of COVID-19,’ he said in the court order.

Greene, who is lodging an appeal, said she was shocked by the decision.

‘I was just shocked that the judge would take this stance without talking to medical experts and knowing the facts and take it so lightly, take my child from me and not think of the effect on her, her mental and psychological well-being,’ she said. 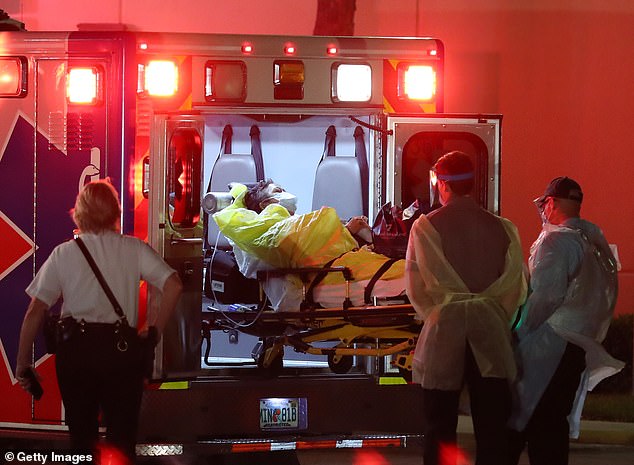 A patient is taken from an ambulance at the Broward Health Medical Center on April 2 in Fort Lauderdale, Florida. At least 5,400 nurses, doctors, and other healthcare workers in the US have been infected by the disease, according to BuzzFeed News 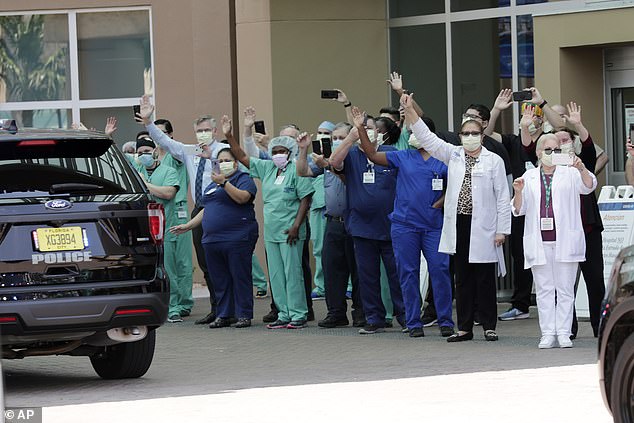 Medical workers cheer as first responders drive by in a procession to honor hospital staff at Mercy Hospital in Miami. More than 30 US healthcare workers have died from the virus, after being infected trying to save others’ lives

According to Greene, she is not alone in this situation with other healthcare workers she knows facing equally distressing situations as they fulfill their duties on the frontline.

‘I know I’m not alone, first responders, nurses, so many people in this position who, because they’re divorced, their children are suffering and they’re being told they can’t see them, and it’s just not fair,’ Greene said.

‘You know I took an oath and I really believe in that, that’s why I went into medicine, to help people.’ 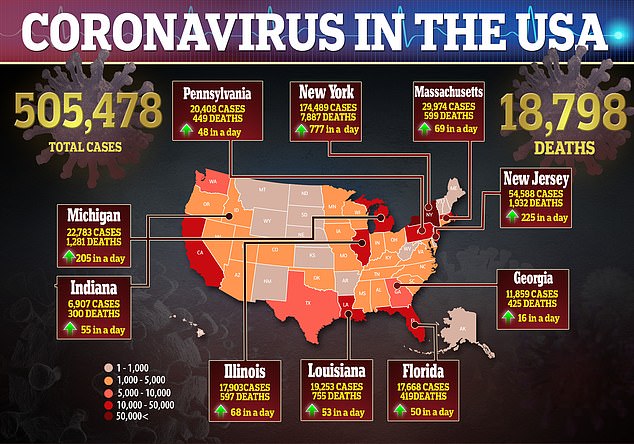 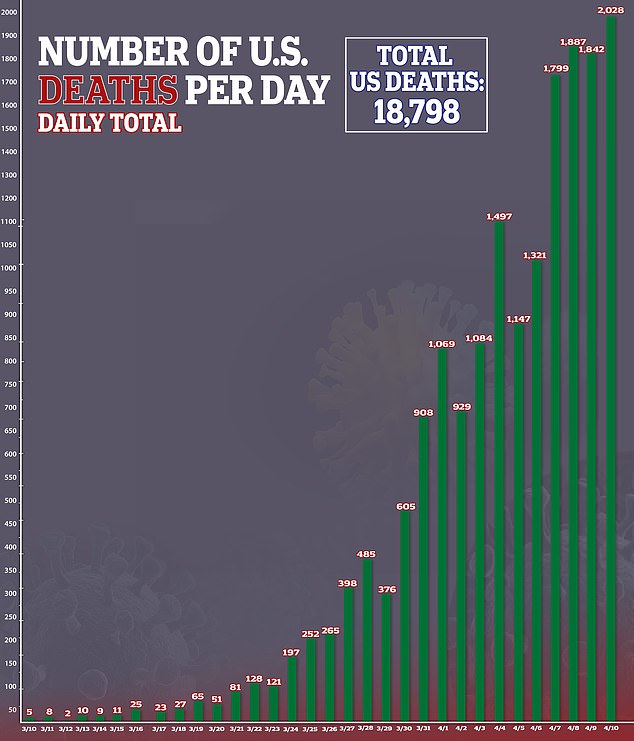 The American Medical Association’s stance is that frontline physicians working to save coronavirus patients should be able to go home to their families and to their children, as long as they take proper precautions.

The US recorded its deadliest day from the coronavirus pandemic on Friday, as it became the first country to mark more than 2,000 deaths in 24 hours and its number of infections topped half a million.

Stark figures show that 2,028 Americans died from coronavirus in a single day on Friday, taking the death toll to 18,798.

As the nation mourns its darkest day on record during the pandemic, the total number of Americans infected skyrocketed past half a million, as another 35,579 Americans tested positive.

The US is on track to become the deadliest nation in the world amid the outbreak, as it rapidly edges closer to Italy’s death toll of 18,849.

Worldwide, more than 100,000 people have now been killed in the pandemic.

A New York City surgeon who was diagnosed with the coronavirus was met with applause from his colleagues when he returned to work fully recovered.

Dr. Paul Saunders tested positive for COVID-19 in March after feeling symptoms of the virus.

After Saunders recovered from a mild case, ABC News reports, he returned to the frontline of the coronavirus disease  in the world’s epicenter on Thursday. 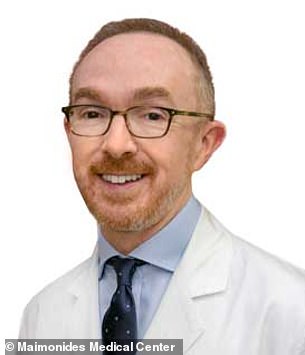 Dr. Paul Saunders (pictured) returned to work at a Brooklyn hospital after recovering from COVID-19

‘This is totally unexpected and undeserved but thank you all for coming to work and for working so hard … Happy to be back,’ Saunders told staffers who welcomed him back.

‘Everyone’s working so hard and the whole time I was home, I was just anxious to get back, just get back and get back to work,’ he said.

The excitement around Dr. Saunders’ return to Maimonides Medical Center was also because he is trained in ECMO, or extracorporeal membrane oxygenation.

Worldwide, health care workers recovered from COVID-19 have returned to the same hospitals where they most likely contracted the disease in the first place.

‘It was quite frustrating being at home and seeing how badly the hospitals needed help,’ said Dr. Aurelie Gouel, who fell ill while treating coronavirus patients in Paris, France.

‘We were trained for this,’ she added. ‘The world needs us.’

In the brutal months since France reported Europe’s first coronavirus cases in January and then, in February, the first death on the continent, the scourge has infected so many thousands of doctors, nurses and other health workers in Europe that some have now recovered and are going from their sick beds back to the front lines.

‘It’s a bit like what happened in the First World War. People were wounded and came back to the battlefield,’ said Dr. Philippe Montravers, head of anesthesiology and critical care at Bichat Hospital in Paris.

The hospital treated the 80-year-old Chinese tourist who in mid-February became the first person outside Asia to die from COVID-19.

‘They feel … very guilty staying at home,’ Montravers said. ‘As soon as they are feeling better, they come back to help.’ 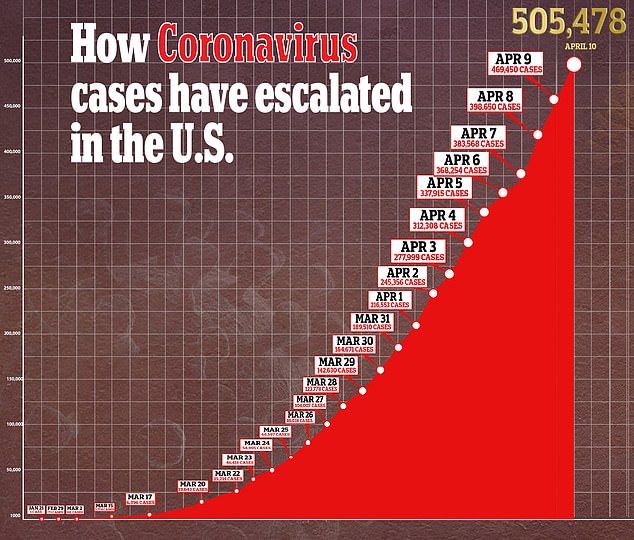