Hero husband to the rescue: Wife films moment shades-wearing ‘family man’ pummels ‘bag-snatcher’ on street after seeing him steal woman’s purse… then calmly walks away to return it

This is the shocking moment a shade-wearing father chases down a suspected purse-snatcher and hurls him to the ground before calmly returning the handbag to its owner.

Landscaper Darren Brownson was driving through Farnham in Surrey on Sunday afternoon with wife Nicole when he says he spotted something strange.

When he saw a hooded man sprinting down the road with a woman’s handbag, Nicole says he pulled the car over and chased the man down.

The 36-year-old told MailOnline he jumped into action after thinking it didn’t seem right that a man was running with a handbag.

The footage begins as Darren had caught up with the suspected thief and can be seen grappling with him outside a restaurant. 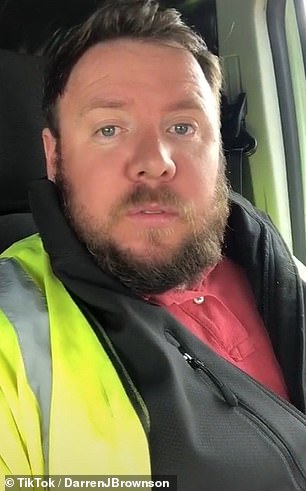 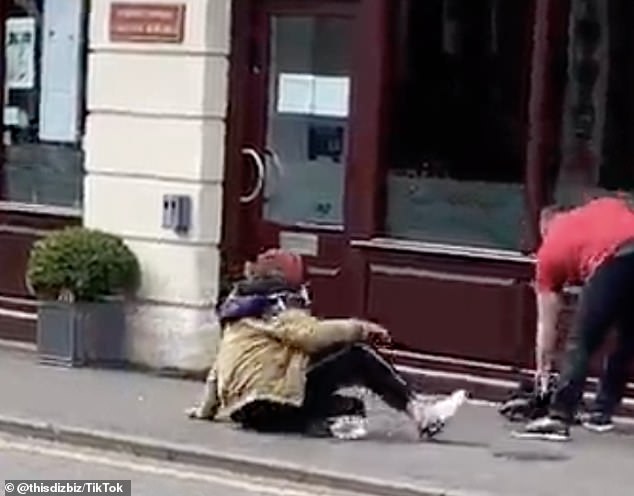 The 36-year-old, who describes himself as a family man, can be heard chastising the suspect shouting: ‘You f******g stole that.’

In captions written on the video, Nicole said: ‘So my husband saw a purse getting snatched today.

‘He pulled over, chased the guy down and retrieved the purse then returned it to the owner.’

The handbag can be seen on the floor and Mr Brownson can be heard shouting ‘you are a scumbag’ while holding the suspect in a headlock.

Nicole can be heard telling a shocked passer-by: ‘Someone stole a handbag’

The 36-year-old father, who works for a plant hire company, then hurls the hooded man to the floor and shouts ‘Get the f*** out of here’ before telling the suspect to run. 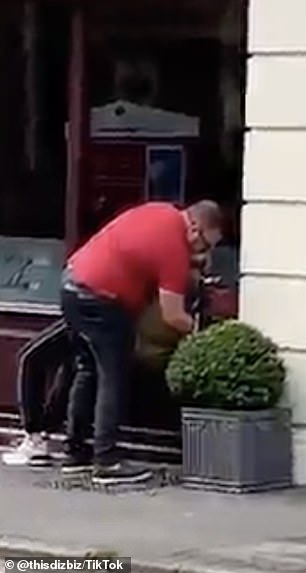 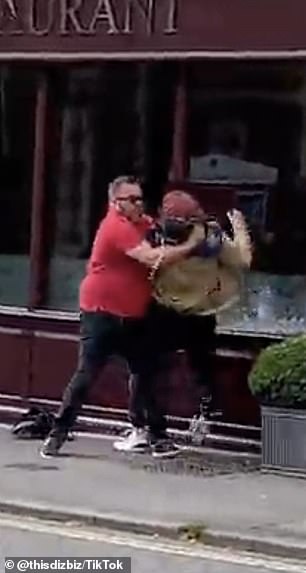 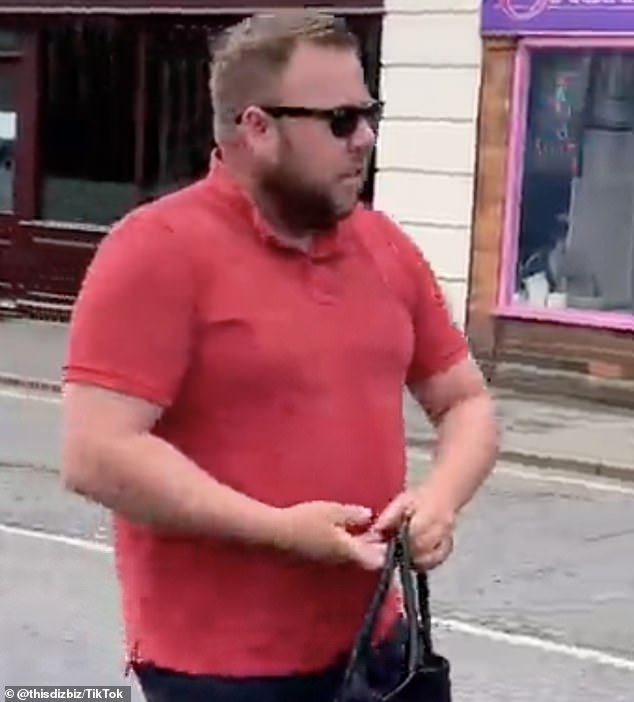 Mr Brownson, still wearing his sunglasses, then calmly retrieves and the handbag and returns to his wife who is filming the incident.

Nicole asks him who it belongs to and Darren tells her it belonged to someone further up the street before the couple try to return the bag to its rightful owner.

Darren has since confirmed to MailOnline he returned the handbag to Sainsbury’s where it appeared the suspect had come from.

The moment, which was shared on TikTok with the caption ‘I couldn’t love him more’, has been viewed more than 4million times across social media with users praising Mr Brownson’s courage and effectiveness at dealing with the situation.

Darren said he has been overwhelmed with the reaction to his heroics.

It is not known if Surrey Police have been made aware of the incident or whether officers are investigating.