A ‘hero’ father who died trying to rescue his teenage sons at a popular Western Australian beach has been identified as an award-winning podiatrist.

Despite having no swimming experience, Ashwin Bhalsod, 55, ran into the waves at Yallingup beach, in the state’s southwest, around 5.30pm on Saturday to help his kids, aged 13 and 15.

Police said Mr Bhalsod, who was visiting the area from Perth, rushed to the aid of his children as he feared they were struggling – when they were actually fine.

Bystanders pulled the father-of-two from the water and attempted to resuscitate him as emergency services raced to the scene, but he could not be saved.

Now, Mr Bhalsod has been remembered as a hero and doting father who had spent more than 25 years working in the medical industry.

‘He put the safety of his sons before anything else and that was all that mattered to him,’ Slavko Mutavdzic, one of the first responders to retrieve Mr Bhalsod from the water, told Daily Mail Australia.

‘He was indeed heroic in his actions given he entered the water in the knowledge that he could not swim.’

According to online profiles, Mr Bhalsod was a senior podiatrist for Life Care and had been practicing within the industry for more than two decades.

‘Ashwin aims to establish and maintain a good rapport with his patients and has some that have been with him since he started his career 25 years ago!’ the website reads. 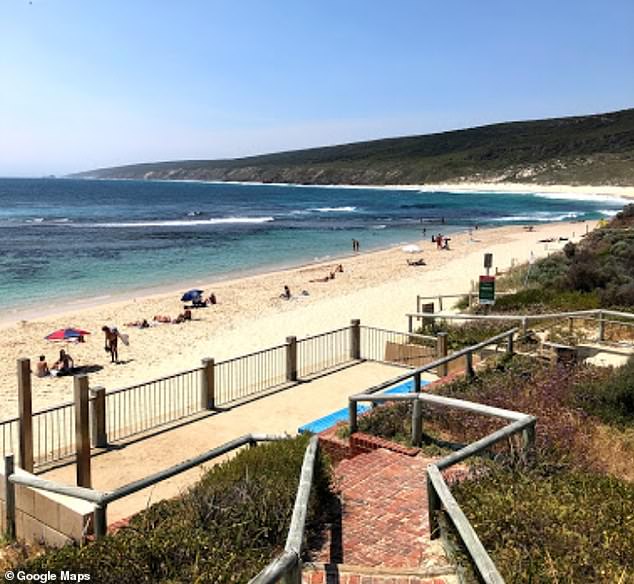 In the personal interests section of his online bio, the father-of-two gushed about his high-achieving sons.

‘Outside of Podiatry, Ashwin is kept on his toes by his two young boys who have both been accelerated 2 years ahead in their education.’

Mr Mutavdzic said the efforts of bystanders to assist Mr Bhalsod that night was ‘tremendous and inspirational’, with doctor, nurse, and lifesaver rushing to try and save his life.

From the care he received, Mr Mutavdzic said he believed Mr Bhalsod had the ‘best chances of survival’ possible given the situation and that he was ‘proud’ to live in a such a caring community.

However, Mr Mutavdzic said he was dismayed by the lack of facilities at the beach to help prevent drownings.

‘Yallingup beach is one if not the premier beach of the south west of Western Australia. Many tourists from all walks of life come there lured by the magnificence of the landscape and ocean.

‘It is one of natures great traps. The sheer beauty masking hidden dangers….. of the surf particularly. 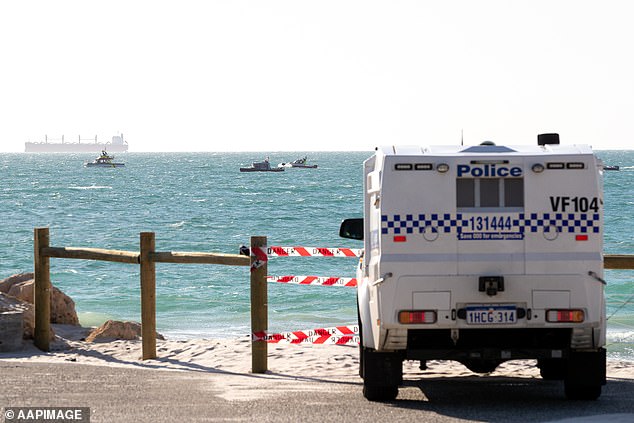 ‘I believe given the attraction of a wide array of people with all sorts of swimming capability to this beach that at the very least there should be lifebuoys positioned for easy access all year around.’

‘A tourist not far from shore should not be drowning at a premier beach having been spotted in distress by people nearby,’ he said.

‘We should not be prepared to write this off as a sad tragic event that is just going to happen from time to time.

‘This father of two sons and husband to a now widow would most likely be alive today were a life buoy readily available at this beach.’

Guildford Grammar School, where the teenage boys are students, told Daily Mail Australia it had ‘been in touch with the Bhalsod family to offer their condolences, help and support’.

Mr Bhalsod’s funeral will be held at the school’s chapel at 9.30am on Saturday.

‘Like most parents do, they go to the aid of their kids when they’re struggling, thinking they can try and save them. But the boys were fine, and unfortunately he wasn’t.’

‘To him, they [the boys] looked like they were struggling in the water, and unfortunately, he drowned trying to save them,’ he told ABC radio on Monday.

Supt Bowman said there was nothing to suggest the boys were doing anything risky in the water.

Police will prepare a report for the coroner.