Cardiologists are warning that poorly regulated over-the-counter herbal supplements are causing heart rhythm issues in users in their 20s.

Doctors told Insider that the supplements are the most common cause of arrhythmia in patients coming to their clinics, and warn that the little oversight of the development of these pills means that dangerous ingredients could find their way in. Bitter orange and ephedra supplements are believed to be the main culprits.

A person in their 20s suffering from arrhythmia is a rare occurrence. The National Heart, Lung and Blood Institute reports that 70 percent of cases of the disease are among people between the ages of 65 and 85 – with overall risk dropping as age decreases.

Usage of supplements have boomed since the start of the COVID-19 pandemic, to the fear of some experts. While this pills can be found with ease in grocery and drug stores around America, they are not regulated by the Food and Drug Administration (FDA).

Experts warn that in the best of cases, they are often useless and may delay a person actually seeking out proper medical treatment. In the worst of cases, they could be contaminated with banned ingredients that cause harm to users.

Dr Danielle Belardo, a cardiologist based in Newport Beach, California, told Insider that these herbal supplements have been at the root of a majority of irregular heartbeat cases she has seen in recent months.

‘This is drawing on the cusp of what we know with regards to herbal supplements and arrhythmia,’ Belardo said.

‘Since there’s such poor regulation of the formulation, the purity, and the efficacy of these herbals, we don’t have any robust literature to tell us exactly what’s causing what.’

She said that she now asks patients who come in with an irregular heartbeat to let her know what over-the-counter medications they might be taking.

Because many people who use these pills will often take multiple, it is hard for doctors like Belardo to pinpoint which one could be causing issues.

Previous research has linked specific supplements to arrhythmia, though.

Bitter orange, often used as a treatment for nausea, indigestion, constipation and other gastrointestinal issues, has been linked to irregular heartbeat issues.

Experts also warn that ephedra and ephedrine alkaloids, which were banned in the U.S. nearly 20 years ago for being linked to irregular heartbeats, stroke and heart attacks, could be contaminants in some pills as well. 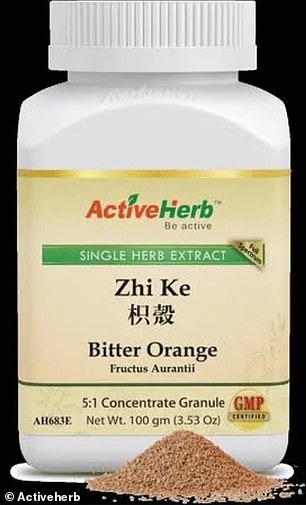 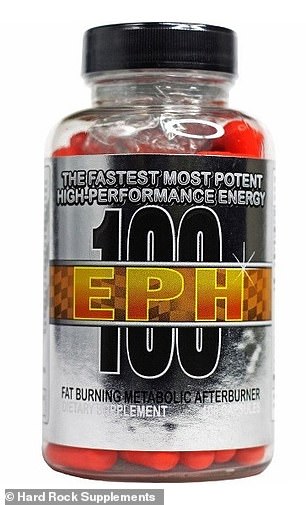 The NIH has linked bitter orange (left) supplements to heart rhythm issues in the past. Supplements that use ephedra (right) have been banned in the U.S., but they still could be contaminating some doses

There are also a host of other ingredients in all kinds of supplements that could be posing a risk experts are not even aware of.

Use of these pills rocketed during the COVID-19 pandemic. The supplements combined for an estimated $11 billion in sales in 2020, passing the $10 billion mark for the first time.

The 17 percent year-over-year growth more than doubled the eight percent growth recorded by the industry in 2019.

Belardo says that she has a respect for alternative medicine, but is worried that many people are turning to these supplements after being recommended them by social media personalities who are not giving out the best advice.

‘The truth is, when you look at sometimes the top health podcasts or the top health influencers, oftentimes they are not people who are recommending guideline-based, evidence based-medicine recommended by all the major academic medical organizations,’ she said.

Other experts have also expressed fears that some people use supplements to replace actual medicine – and could be harming themselves as a result by not seeking needed care.

The AARP warns that the supplement industry thrives on the lack of regulation, and current major players have no reason to change their standard of operation unless forced to do so.

Supplements sold over-the-counter do not contain controlled substances – if they did then the FDA would pull them from shelves – and are generally safe.